Let me be totally upfront: I love Alien: Isolation. Love it. The campaign alone is enough to keep me busy for quite some time. However there also happen to be two pieces of DLC that released alongside it: Crew Expendable and Last Survivor. Question is, are they worth your time/money/effort?

Well, that depends a whole lot on what you’re looking to get out of them. Unlike Survivor mode you aren’t really competing with other players – you’re just trying to make it through a specific scenario, which is reminiscent of the original film. It’s the same cat-and-mouse gameplay you’ll find in the campaign, there are fewer items at your disposal, and it might take you between a half hour to an hour to complete each of them depending on the difficulty you select.

Here’s what you can expect: 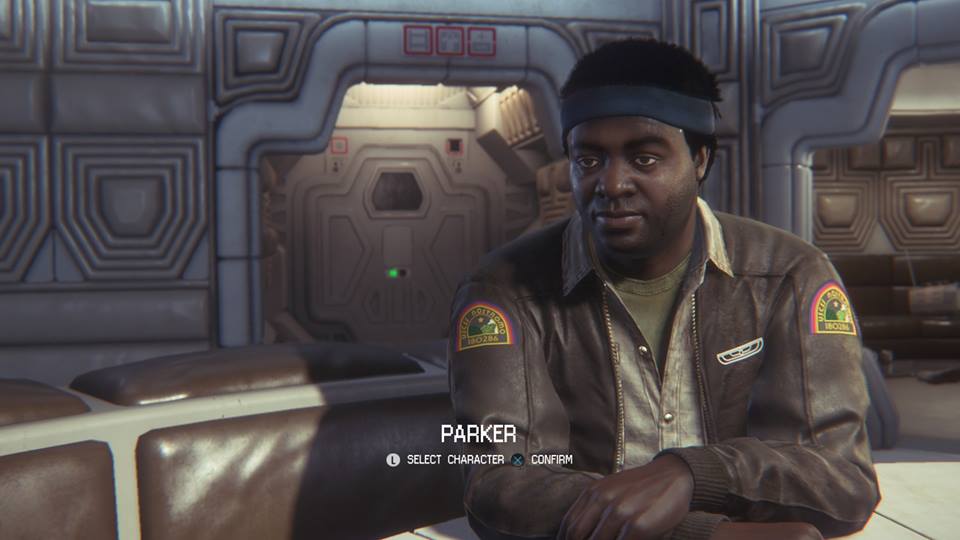 Crew Expendable is the posterboy for Alien: Isolation’s DLC. It brings back the Nostromo’s original crew (every actor has returned to do their character’s voice, except for Ian Holm as Ash) to great effect, and even lets you pick between Ripley, Dallas, and Parker as your playable character. Then the terrified crew has to herd the creature into the airlock and blast it into space, with you doing most of the work.

I’ll admit I was impressed with the authentic voice work and the fact that they took great pains to recreate one of the film’s most memorable sections. It’s all memorable, really, but crawling through the ship’s vents as Dallas with Lambert yelling panicked directions in your ear along with “It’s in there with you!” is particularly fantastic. Many of the Nostromo’s iconic locations from the film are also present – such as the bridge, medical, and the room that houses MU-TH-UR. 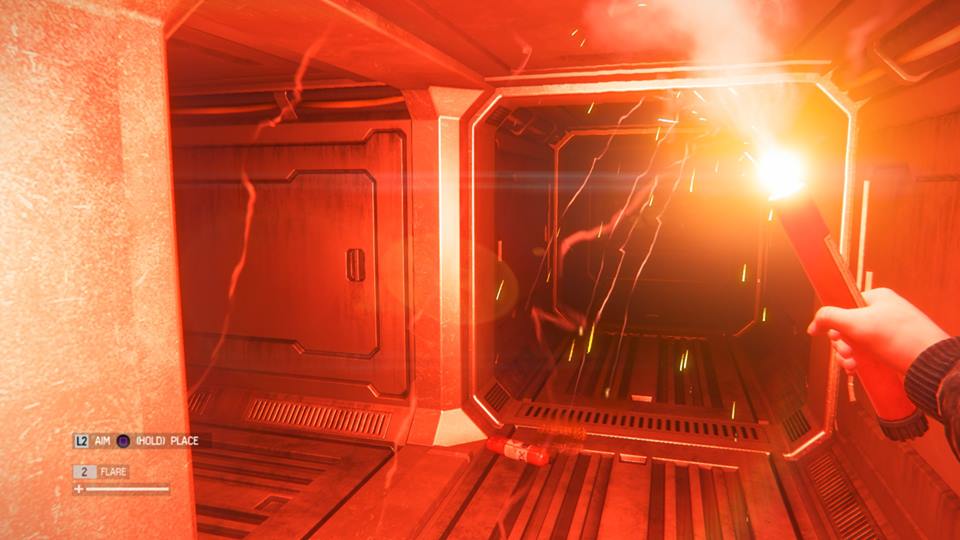 What’s sort of a letdown is how despite all the memorable locations, reprised roles, and familiar objectives it still feels more like I’m wandering around the Torrens (the chartered ship from the campaign) rather than the Nostromo. This partially has to do with the fact that the scenario’s starting area is the same environment you wander around in at the beginning of the campaign (even if the Torrens’ design was pulled from the Nostromo), and partially because the way it plays out is so different from the movie. I get why it can’t be exactly the same, but the ending is still a big ball of “meh.”

However, while Crew Expendable is the weaker of the two available DLC packs – even with multiple playable characters and that super-creepy moment spent crawling through the vents – it’s still worthwhile for Alien: Isolation fans. 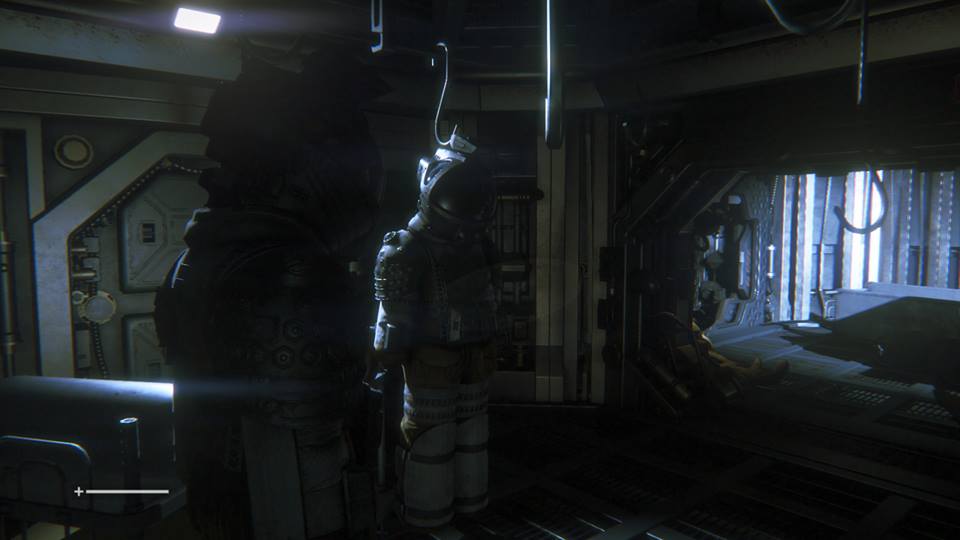 Last Survivor, on the other hand, is everything I wanted Crew expendable to be (minus having multiple characters to choose from). You play as Ripley in a remarkably faithful recreation of the film’s climax. Things begin right after the escape shuttle is prepped for launch. Ripley heads below decks to help Parker and Lambert with a few last minute items before they take off when the Xenomorph attacks. Then it’s just Ripley and the perfect killing machine, alone together.

From there you’ll have to finish prepping the shuttle, then arm the Nostromo’s self destruct – all while being relentlessly stalked. Holy crap did they go all out here. 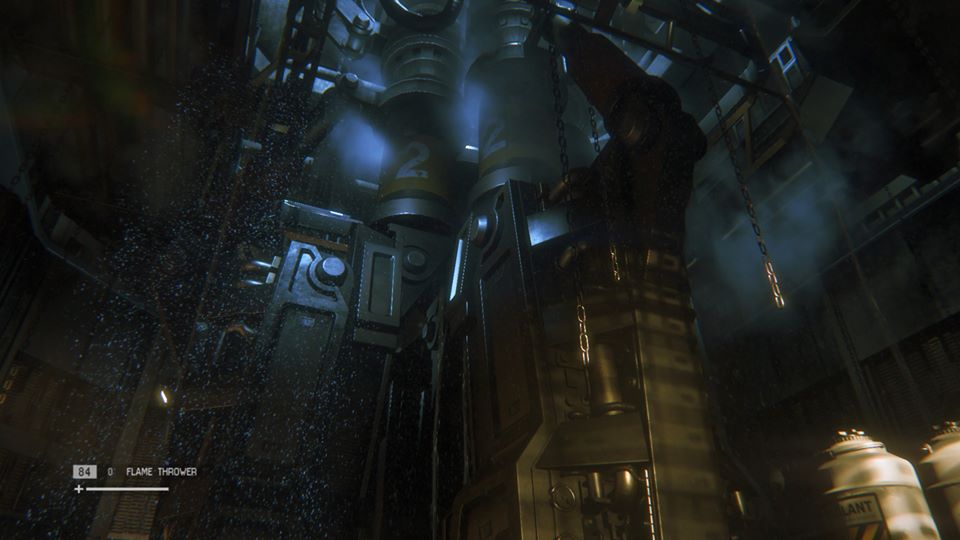 This is the Nostromo I remember. The halls are cramped and poorly lit, steam poofs out of strained pipes at regular intervals, and so on. This Nostromo feels right. Very right. Even triggering the self destruct evokes the film, and is particularly tense because you won’t be able to keep an eye on the motion tracker while you’re activating it. And the mad dash through the ship (while still being hunted, of course) as the timer counts down, steam billows out of everything to obscure your view, and movie-accurate alarms blare is pitch-perfect.

Most any Alien fan will find Last Survivor to be totally worthwhile. Even more so than Crew Expendable. If you love Alien like I do and want an amazing homage to the original film (and happen to already own Alien: Isolation), you should definitely spend the $3.99. No question.

Alien: Isolation’s DLC - is it Worth it?