Right out of the gate, the introductory movie (which has little to no context going in, so unless you’re familiar with the general story of Isolation it might be a bit confusing) stutters like an early Playstation game – a problem that persists seemingly without cause or consistency throughout a good portion of the game. The facial animations of the human characters when they talk in-game are horrible. Absolutely horrible. Some of the objectives you’re given are incredibly vague, and in a few cases have lead to quite a bit of frustration after running around in circles for several minutes before dying and having to restart from your last save. Picking stuff up and interacting with buttons/objects also feels just inaccurate enough to be a problem when you’re frantically struggling to jump in a locker as an armed patrol is heading your way.

I wanted to get all of that out of the way first for one simple reason: while Alien: Isolation is far from a perfect game, it’s easily my favorite survival horror adventure of all time. 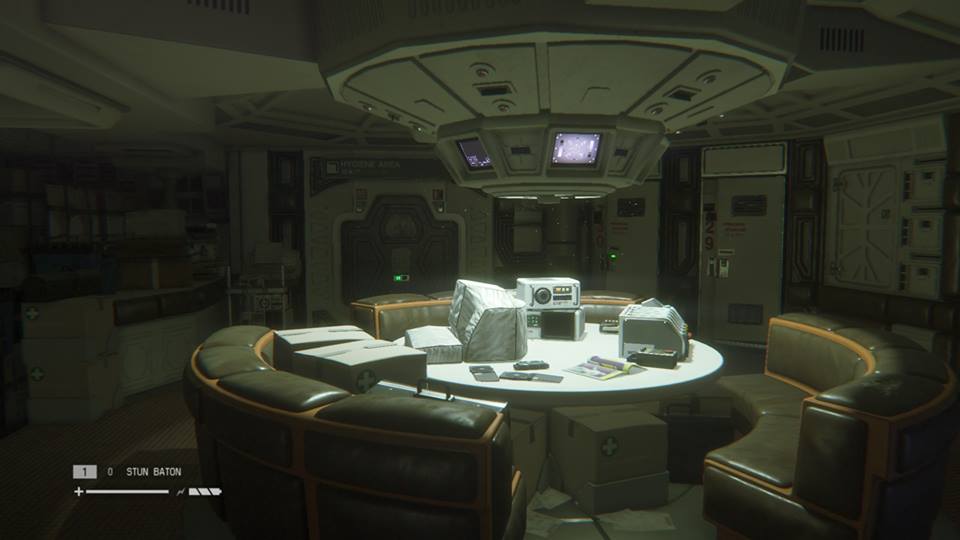 Isolation is set a full 15 years after the events of the original Alien and puts you in the boots of Ellen Ripley’s daughter, Amanda. The Nostromo is gone, the crew is missing, and nobody has any idea what happened. Until someone finds the ship’s flight recorder. And so Amanda and a couple of Weyland-Yutani execs decide to pay a little visit to Sevastopol Station, where the black box was taken. What follows is best described as an incredibly tense and often terrifying case of being at the right place at the worst possible time.

The company behind Sevastopol, a Weyland-Yutani rival named Seegson, is in the middle of decommissioning the station – with a whole lot of people still inside it. Actually, they were in the middle of being terrible, terrible landlords until a bloodthirsty Xenomorph managed to get onboard somehow. And you’re right in the middle of all this chaos.

I should state for the record at this point that I’ve been playing the campaign on Hard, and I highly recommend you do, too. I’ll get into the specifics in a bit but suffice it to say Hard is significantly more nerve-wracking than either of the other settings. I’d also like to state that, as of writing this, I’ve yet to complete Isolation. This is because you have to be a lot more careful, which naturally slows progress down quite a bit. And in the interest of timeliness I wanted to make sure to get my thoughts out there before the world’s interest fades. 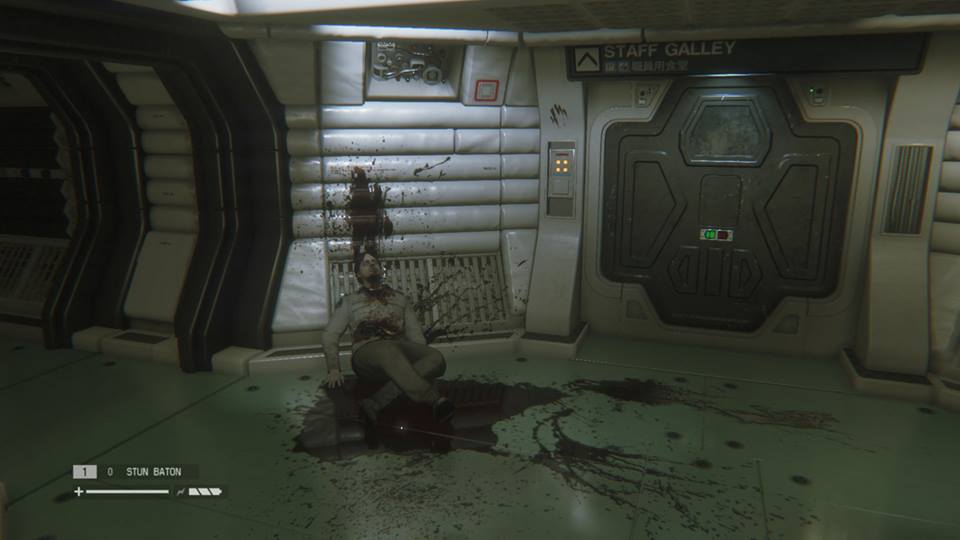 You’ll have to deal with three significant threats on Sevastopol. First are the survivors/looters. Some of them are simply scared, disorganized people who’ve been left behind. They won’t go looking for trouble, so if you give them a wide berth (and make sure to take them seriously when they point a gun at you and tell you to “back away”) you should be able to avoid a fight. Conversely, there are some who are ready to shoot anything they see on sight.

Then there are the Working Joes. These androids are about the creepiest robots in the universe even before they go all homicidal. Their intentionally unnatural rubbery skin and glowing eyes are seriously unsettling. It’s technically possible to destroy them, but they’re extremely durable and will often block your attempts at beaning them with Ripley’s handy vent tool. Although the biggest problem in dealing with the Joes or the looters is making noise.

If you alert a human they might shoot at you but you can run and hide, and most likely lose them. If you alert a Joe and end up fighting it, you might have to turn tail and run anyway. But noise almost invariably draws the attention of the Xenomorph. And while you can outrun both humans and Joes, you can’t outrun this thing. Once it spots you, you’re as good as dead. Unless you have one of a handful of items that might temporarily scare it off. 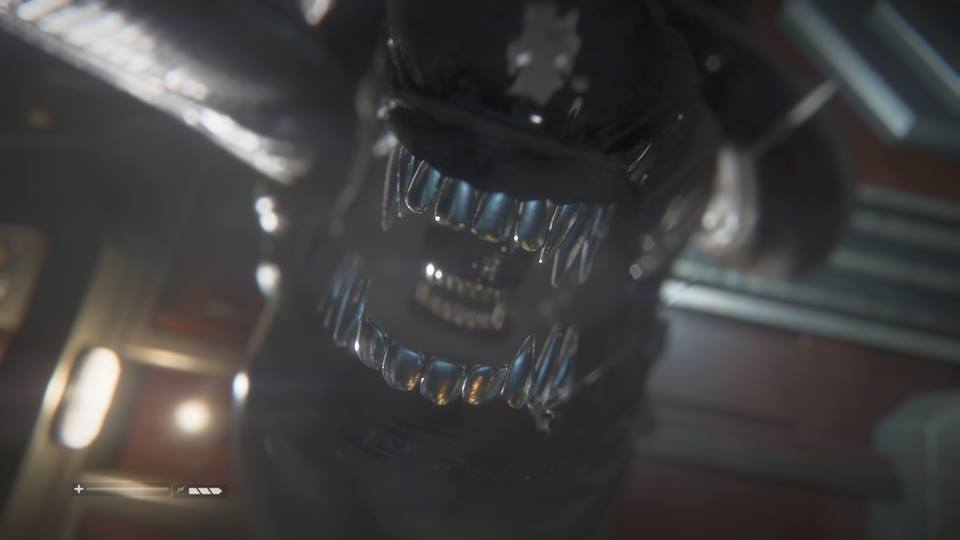 Seriously though, the Xenomorph is why you should be playing on Hard. I can’t accurately stress just how much more efficient and ruthless it is. On Easy it wanders around and will rush if it finds you. On Medium it’s a bit more attentive so you’ll need to be more cautious. On Hard it’s actively hunting you all the time. If you run it’ll hear your footsteps, and if you duck into a room it’ll search every corner until it’s convinced you aren’t there or it finds you. If you try to chuck a flare to draw its attention, but manage to toss it into its field of vision, it’ll search for the origin of the throw rather than bother with the flare. The damn thing can even pickup on the sound of your motion tracker, so if you don’t use it sparingly you’ll bring death right down on top of yourself.

This is what makes Alien: Isolation so terrifying. When you know it’s on your trail and you duck into a locker you’ll be praying silently to yourself as you hope Ripley can hold her breath long enough for it to wander off. When you catch a glimpse of it around the corner and quickly duck back, involuntarily holding your breath as you listen for its footsteps (hopefully it’s not running). When you hear it climb out of a vent just as a trio of looters is wandering down the hall, then hide under a desk and listen as it mercilessly slaughters them all within seconds.

And when the creature isn’t around? You’ll be slowly wandering through each corridor and investigating each room, wondering if you just heard footsteps of if it’s just your imagination. Every blip on the motion tracker will make your breath catch until you discover, much to your relief, that it’s only a murderous android. Whew. Okay. That we can deal with. 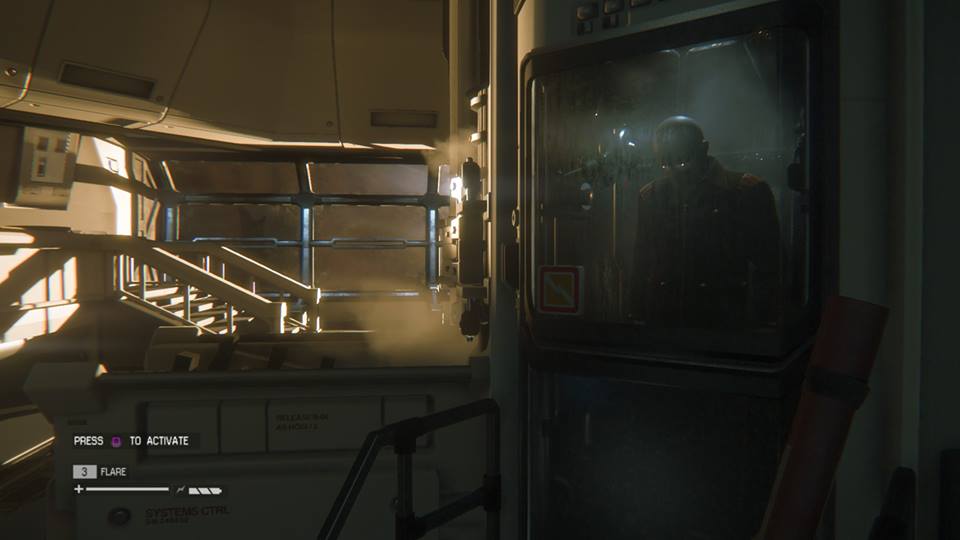 But it’s more than even that. Alien: Isolation’s world is incredibly detailed and well realized. The environments fit right in with the look Ridley Scott established in 1979. It’s not the sleek and clean future presented in Star Trek, but a bleak and utilitarian one. And it’s the perfect place to have a horrible monster stalking you.

Ripley isn’t totally defenseless, though. Well, I mean she’s sort of totally defenseless if the Xenomorph catches her, but she’s resourceful. You’ll find all manner of junk scattered throughout Sevastopol along with the occasional blueprint, which you can then use to craft useful gizmos like pipe bombs, noisemakers, and health packs. You’ll want to be careful when scouring for parts though, because something could be creeping up behind you and any given moment. The game doesn’t pause when you’re crafting items either, so best to make sure the coast is clear before you start. Each item and piece of equipment has a useful purpose in the right situation, and you’re going to need to figure all of that out if you want to survive. 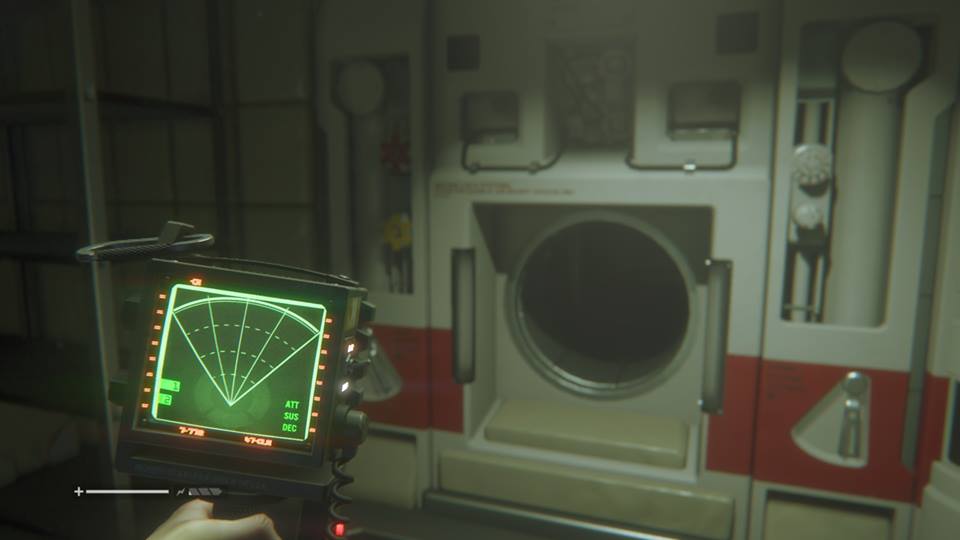 But really, the best way I can summarize my experience with Alien: Isolation is with a brief bit of background. I love exploration in games. I’m usually more interested in seeing what’s hiding in a shack up in the mountains of Skyrim than doing anything story related. It’s why I love open world games with lots of collectibles, it’s why I love Dark Souls, and it’s why I’m one of the seven people who fondly remember King’s Field. Isolation has all sorts of rooms you can duck into to hide or find items, but here’s the thing: I don’t want to. I, a compulsive explorer, would rather head straight to the next objective – screw exploring. And that’s about the glowingest of recommendations I can give to a horror game.

I’ve been having the time of my life with Alien: Isolation and I haven’t even hit the halfway point yet, which is totally fine with me. I don’t necessarily want it to end. I mean I do, because Great Caesar’s Ghost is it terrifying being stalked by that thing at every turn, but I don’t because I’ve been loving (almost) every single minute of it. I’ve seen it said elsewhere and I feel the need to repeat it: this is the Alien game we’ve always wanted.