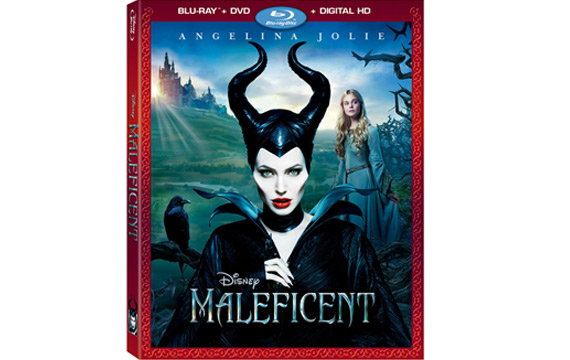 Maleficent is coming to DVD November 4th, and it’s definitely a magical ride you won’t want to miss!

When the film begins you’re transported to a beautiful world where magical creatures and humans live separately, and you meet a young Maleficent. She’s pretty much a normal fairy at this point and when she meets a human boy, Stephen, the two form a friendship that blossoms through the years into love. Unfortunately, the sweet times don’t last, and in a tragic twist, the love of her life painfully betrays her. It’s out of this betrayal that the evil sorceress we’re familiar with begins to take shape.

Angelina Jolie stunned as the beautiful but vengeful Maleficent. Her acting was flawless as the scorned fairy, bringing just the right amount of commanding presence with a hint of softness to the infamous Disney villain. Watching her wreak havoc and seek vengeance was just as entertaining as watching her re-discover her softer side. Elle Fanning portrayed Aurora and brought a believable amount of old school Disney princess sweetness to character.

The DVD contains a lot of cool features, like deleted scenes, that give you a look inside the amazing world that was created for the film including: