The first of Alien: Isolation’s post-release DLC packs, dubbed Corporate Lockdown, has been released. The pack includes three new maps for the game’s Survivor Mode, along with a new playable character you can use in any of the mode’s maps – including The Basement, which is the only one available on the disk. So… how worthwhile is this new set of DLC?

First, let’s talk about the new playable character. Ransome is a ‘company man,’ although he works for Seegson as opposed to Weyland Yutani so he’s automatically less sinister. While he controls and performs exactly the same as every other Isolation character (including the Nostromo Crew), he does have one advantage: he starts with some extra gear like a Pistol and Bolt Gun. 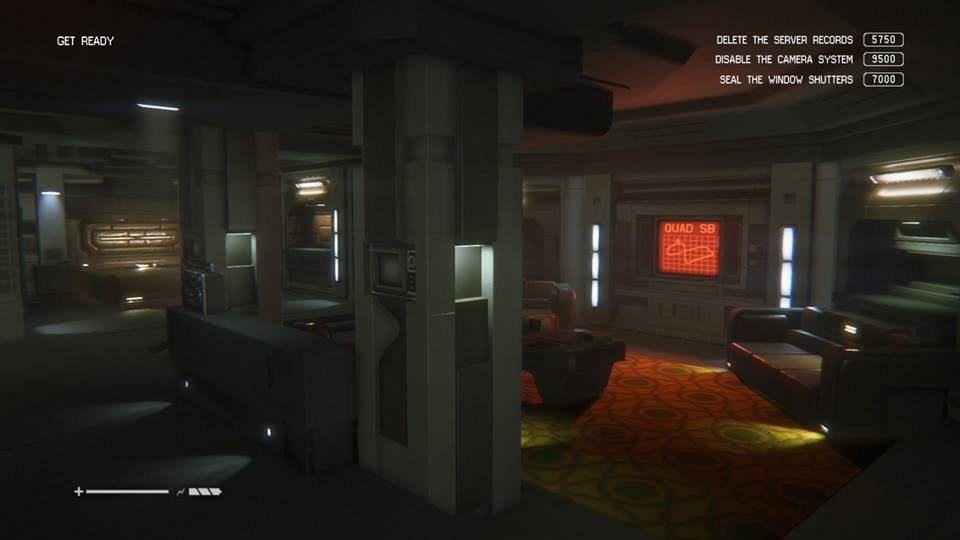 As interesting as it sounds to have access to more serious firepower from the get-go, Ransome doesn’t really have an advantage over the rest. Because as reassuring as it might be to have a handgun with a whole three bullets in it, that won’t do much to dissuade the Alien. The same goes for the Bolt Gun. However he is the only Survivor Mode character with blueprints for EMP mines.

The maps are quite a bit more interesting, if for no other reason than they offer up a change of scenery. That’s not entirely true, actually. The part about it being the only reason, not that they’re more interesting. Right. Anyway, aside from having three new environments to sneak around in, you’ll also have more than just the Alien to worry about. 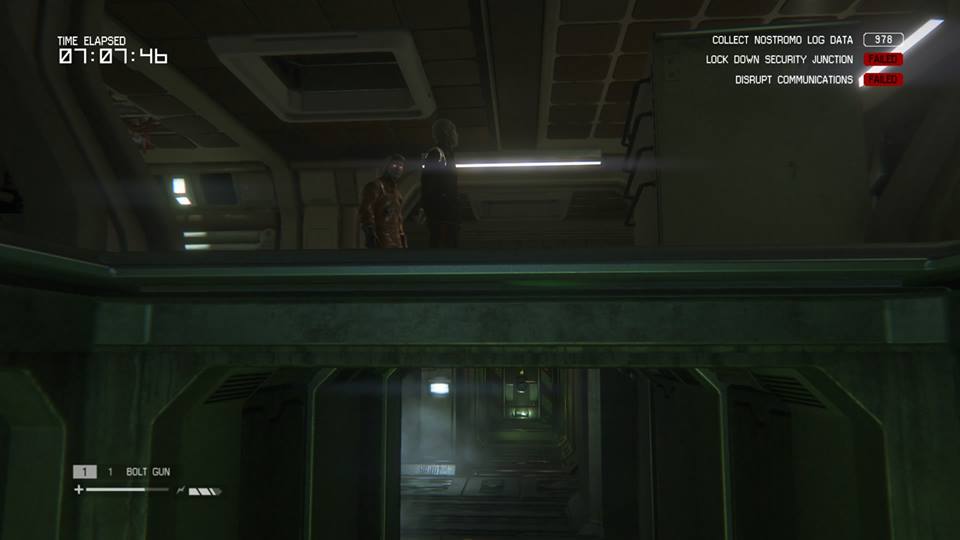 The first map, Severance, has you tiptoeing through the Seegson offices and employee areas while performing some good old fashioned corporate espionage – and avoiding a bloodthirsty monster. It’s a bit larger than The Basement but the Alien seems significantly more aggressive and attentive. This could also be because the initial areas are fairly close together, so it’s never all that far away. Thankfully there are a number of vents to crawl through, although they’re rather twisty so you could find yourself getting turned around if you aren’t careful.

Second, there’s Scorched Earth. It’s sort of a mad scramble through the labs, with much of the map in various stages of being on fire. It features some larger areas as well as long, well-lit corridors so you won’t be able to rely on shadows to hide you. However, because it’s more spread out you might have a better chance of putting some real distance between the Alien and your fragile human body. 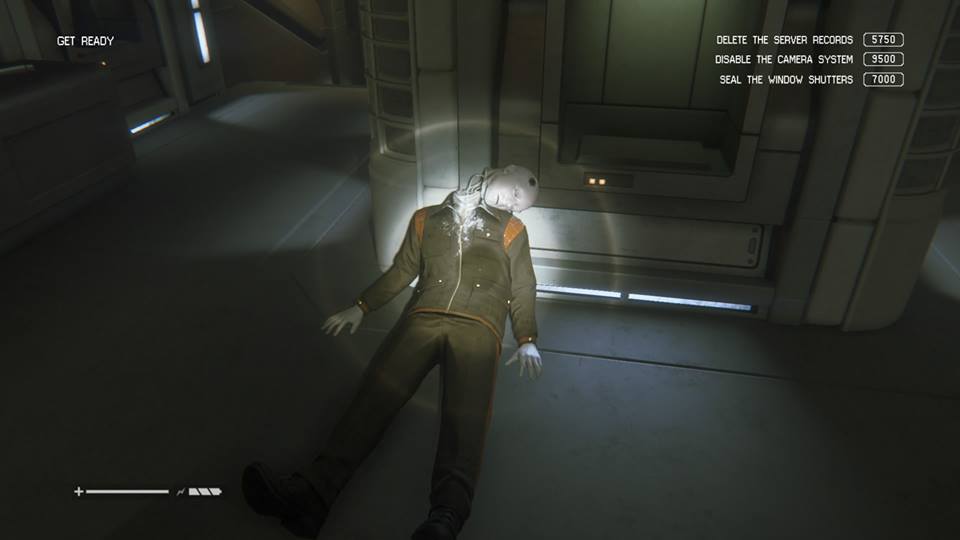 And finally we have Loose Ends. This map is all about getting prepared to jump ship to the Torrens. What’s really interesting is that this map includes a whole of of Working Joe androids – making it the only Survivor Mode map so far to include enemies other than the Alien. It feels like the biggest map in the bunch, with lots of rooms split off from other rooms and plenty of crawlspaces under the floor to hide in. And because of all the Joes it’s probably the best map for characters like Ransome with his EMP mines and Ellen Ripley with her Stun Baton.

Corporate Lockdown does indeed mix things up with three rather different maps, challenges, and a new character. Some of the tasks you can perform add a little bit of context to the campaign’s backstory (assuming you play as Ransome and not, say Ellen Ripley), but really it’s all about the fact that it’s somewhere (somewheres) other than The Basement. Whether or not that’s worth the price for you depends on how much you enjoy Survivor Mode, though.