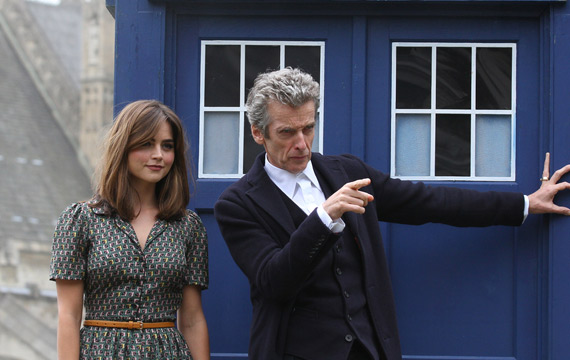 Jenna Coleman will reportedly return as Doctor Who’s assistant for the next season of the sci-fi series.

Coleman has been plagued by rumors she will walk away from the role of the Time Lord’s companion Clara Oswald after this year’s Christmas special.

According to Britain’s Daily Mirror newspaper, Coleman has had a “change of heart” and her character will return for the first half of the next series alongside the Doctor, played by Peter Capaldi.

The upcoming scripts for the show have been scrapped and the story will be rewritten to involve Clara.

A source tells the newspaper, “When it came to Clara, they had to tear them up and start again… In the original draft of the script, she became an old woman who then died with the Doctor at her side. But after they were rewritten, she will now be seen returning to the Tardis, hand in hand with the Doctor.”

The special, titled Last Christmas, will air in the U.K. on Christmas Day.

Coleman has played the sidekick for two series so far.

Angelica Celaya Teases What's to Come for Zed on 'Constantine'