Home » Gaming » Virtual Reality » ‘Doctor Who: The Edge Of Time’ Keeps You On The Edge Of Your Seat

At 2019 San Diego Comic-Con International, I had the opportunity to check out a demo version of Doctor Who: The Edge of Time, a feature-length VR videogame from developer Maze Theory.

First off, a confession: Heading to the Con floor on Thursday, I was both excited and nervous about playing this demo. I’ve done one or two VR demonstrations before, and I know how immersive they can be. I also knew from reading materials about Doctor Who: The Edge of Time that one of my favorite NuWho villains, the Weeping Angels, would feature in the storyline. Guys, I am a person who stopped playing Ocarina of Time because the Wallmasters (the giant hands that seem to appear out of nowhere) freaked me out too much. I wasn’t sure I’d be able to handle turning around to see a Weeping Angel right in front of me. 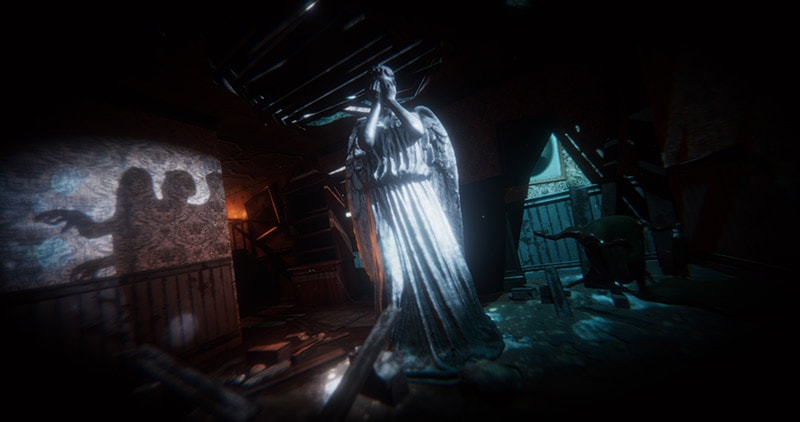 Fortunately for my dignity, the Edge of Time demo was a much simpler tutorial for the rest of the game. Don’t get me wrong, though. I couldn’t call what I did experience “pared down,” at all. It was short, and it was fairly stationary for all that you could still see 360⁰, but if you’ve ever been in the SDCC Exhibitors Hall, you’ll understand the necessity of both. Venue limitations notwithstanding, what’s going to stay with me for a long time, and what’s going to have me investing in a copy of my own, was the experience of seeing a carefully and lovingly rendered TARDIS materializing right in front of me. Chris, my extremely patient guide through the demo, mentioned that it had been great watching fans react to moments like that. Knowing how huge my grin must have been, I can easily see why.

As to the gameplay itself, there was a bit of a learning curve in figuring out just how close you had to be to something in order to interact with it. Honestly, I’m still not sure how I managed to switch my sonic screwdriver from one hand to the other. I’m just going to call that my special talent.  Once you’ve got your distances figured out, though, you can really get fully immersed in the environment. As Maze Theory leader Ian Hambleton put it, VR gives you “the chance to be inside the episode.” I can certainly vouch for that.

Doctor Who: The Edge of Time is due for release in September 2019 on PlayStation VR, Oculus Rift, HTC Vive, and Vive Cosmos.