‘The Originals’ Sneak Peek- Episode 2.09: The Map of Moments 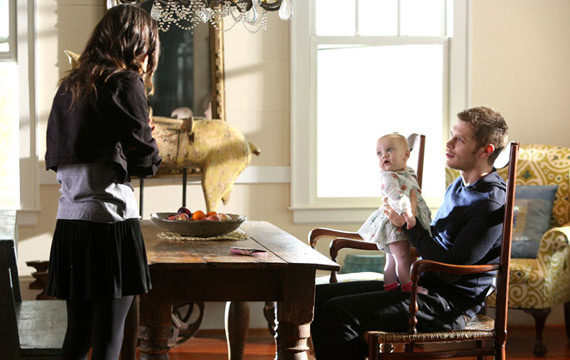 The Originals mid-season finale airs Monday night and it looks like the Mikaelson siblings are in for a world of trouble at the hands of their parents.

It’s no spoiler that Klaus and Hayley are about to be reunited with their daughter Hope, but once that happens the parents become more determined to keep her safe at any cost. Unfortunately for them, it appears as if Klaus’ parents are determined to shatter that dream at any cost as well. Will the Mikaelson siblings band together to protect baby Hope? Also, Kaleb confides in Davina and Cami makes a discovery about why Esther has captured her.

Keep reading below for more insight on what’s to come in the mid-season finale of The Originals, and look out for FanBolt’s interview with Julie Plec teasing what’s in store for the explosive episode on Monday.

The Originals Episode 2.09 ‘The Map of Moments’ Official Description

When Rebekah (Claire Holt) notices an unusual change in Elijah’s (Daniel Gillies) behavior, she asks Klaus (Joseph Morgan) and Hayley (Phoebe Tonkin) to meet her at their safe house, reuniting them with baby Hope. After reliving memories of being the odd man out, Kaleb (guest star Daniel Sharman) opens up to Davina (Danielle Campbell) about his resentment towards his siblings and sheds some light on a spell he created in 1914. Meanwhile, when Cami (Leah Pipes) discovers Esther’s (guest star Sonia Sohn) plan will put her life in danger, she demands answers from Vincent (Yusuf Gatewood), who remains steadfast in his convictions. Elsewhere, Esther makes an unlikely alliance that could prove dangerous for Klaus, and Hayley makes a decision that could change her relationship with Elijah forever. Lastly, while Elijah continues to struggle with the lingering effects of being captured, Rebekah and Klaus devise a plan to take their mother down once and for all. Leslie Libman directed the episode written by Marguerite MacIntyre & Julie Plec.

The Originals Episode 2.09 ‘The Map of Moments’ Photo Gallery

The Originals Episode 2.09 ‘The Map of Moments’ Official Trailer

The mid-season finale of The Originals airs Monday at 8pm ET on The CW.

'Supernatural' Sneak Peek- Episode 10.09: The Things We Left Behind