Kim Kardashian Was 2014’s Most Talked About Tabloid Star 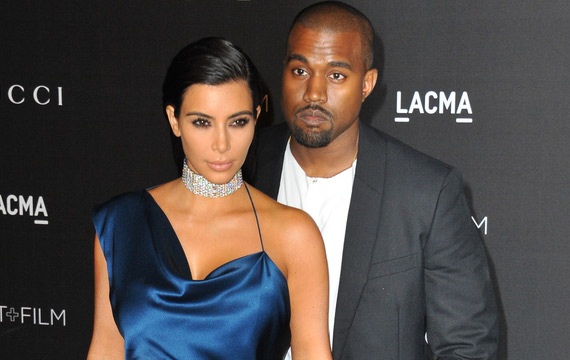 It shouldn’t come as a surprise, but Kim Kardashian has topped Vanity Fair’s annual Tournament of Covers poll. The poll tallies the most popular tabloid stars of the past 12 months, and for Kardashian that would be 34 covers.

Kardashian kicked off the new year by clearing up several tabloid rumors about her private life, insisting she is not pregnant and is having no issues in her marriage to Kayne West.

Kardashian took to Twitter.com on New Year’s Eve to post a series of messages addressing speculation about her marriage and rumors about pregnancy and her sister Kourtney’s romance with Scott Disick.

In the posts, she wrote, “lets clear up some rumors before the new year…. I’m bored looking online and seriously don’t know where they come up with this stuff!… No I’m not pregnant… Kanye & I are not having marriage problems. Were literally obsessed with each other!

“Scott did NOT buy a bachelor pad in Bev Hills. He is starting a new business venture buying homes & renovating them to re-sell.”

While the tabloids will surely continue to love the Kardashian family in 2015, 2014 was an impressive year for them. The family as a whole claimed 54 covers.

Jennifer Aniston and Prince William’s Catherine, Duchess of Cambridge, tie for second place with 23 each, while the contestants of dating reality shows The Bachelor and The Bachelorette notched up 17 covers to take fourth place.

Aniston’s former love rival, Angelina Jolie, who wed Brad Pitt in August (14), is at five with 14 covers to her name.

'Star Wars: Episode VII' Is Fans' Most Anticipated Film of 2015