Who likes to buy new clothes? I do, I do! Of course, I’m talking about actual clothes. Paying for digital clothing to change the outfit of a character seems very silly in my opinion. However, thanks to the recent Steam sale, I decided to purchase both outfit packs (1 and 2) for Lara Croft in Tomb Raider. It was only 39 cents per pack, so why not give it a try and write about it, right?

39 cents is certainly much better than the regular, non-sale price of $1.99. A 3-piece set of digital clothing for that price is a little absurd. However, because I decided to purchase both outfit packs during the sale, I did discover the appeal first-hand of why this type of content exists. Well, it’s more of a “rediscover” of why it exists. It’s because of customization! 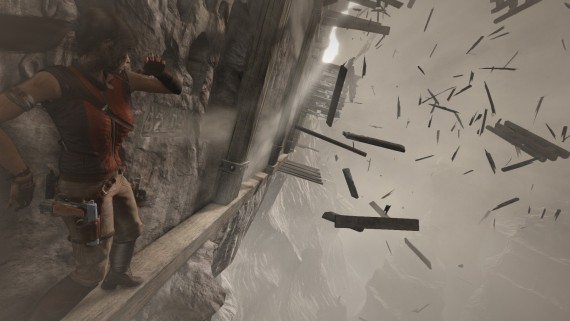 Who doesn’t love customization? I love to customize my character in many games. Normally I don’t have to pay for that customization and it would be nice if it remained free or available as an unlockable feature hidden deep within a game. Still, it’s the customization that creates the appeal for an outfit pack like the two available for Tomb Raider.

What makes the outfit packs interesting is that I get to have a slightly more unique experience than those who don’t own the packs. I get to say that I beat the game with a cool aviatrix outfit or the sure-shot skin. Is it really that important to say all of that though? Well, obviously no. But hey, look at my screenshots! They are different than almost everyone else!

But even after discovering the appeal and finding myself enjoying my current play-through with a unique outfit, I still return to my original conclusion that spending money on this type of digital content is just silly. Special outfits should remain available as an unlockable in-game feature only which doesn’t cost extra. Still, for the hardcore fans, I can see the temptation by having it available to purchase. Just make sure to wait for a nice Steam sale before deciding to spend any cash on an extra pair of boots! 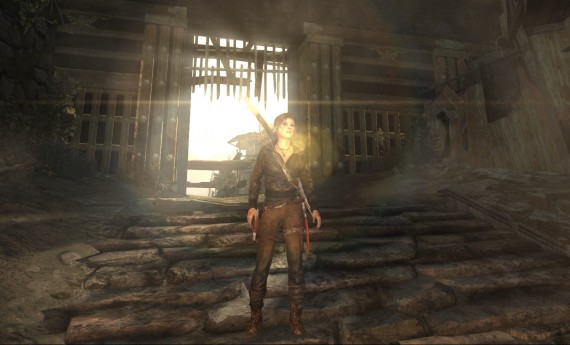 *Add-on Thought*
This actually just gave me an idea since developers now have the capability to release game specific items on Steam through the Steam Inventory Service. If items like clothing are not available for free or as an unlockable item in the actual game, then having outfits would be a great addition to that service. That way, if players don’t earn a certain item during their play-through, they can decide how much money to spend on a regular or unique outfit. Who knows, a single rare item may even go for far more than a $1.99 three-piece outfit.
*End random Thought*