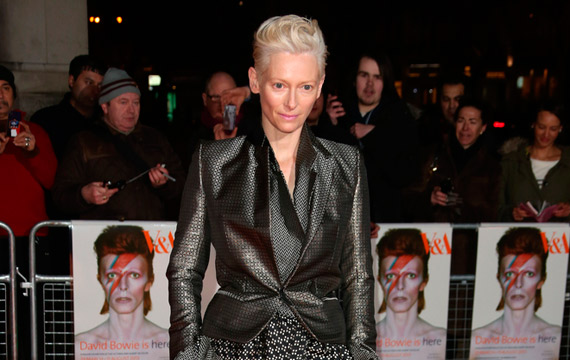 Tilda Swinton’s next role could be starring opposite Benedict Cumberbatch in Marvel’s Doctor Strange, according to reports.

The film, according to Marvel, will follow Doctor Strange who, after a horrific car accident, discovers a hidden world of magic and alternate dimensions and according to The Hollywood Reporter, Swinton is in talks to star opposite Cumberbatch’s Doctor Strange as the Ancient One.

The Ancient One is Doctor Strange’s mentor and a Tibetan mystic. While the studio was initially looking for a man to fill the role, they rethought it, made it into a female part and now Swinton is close to closing the deal.

Cumberbatch was confirmed for the film’s title role in December with the one of the film’s producers, Kevin Feihe saying, “Stephen Strange’s story requires an actor capable of great depth and sincerity. In 2016, Benedict will show audiences what makes Doctor Strange such a unique and compelling character.”

The film is set to begin shooting in the UK in December. Scott Derrickson is directing and Jon Spaihts is writing the screenplay.

You can catch Cumberbatch as Doctor Strange when it hits theaters November 4, 2016.

What are your thoughts on Tilda Swinton as the Ancient One? Let us know in the comments below!