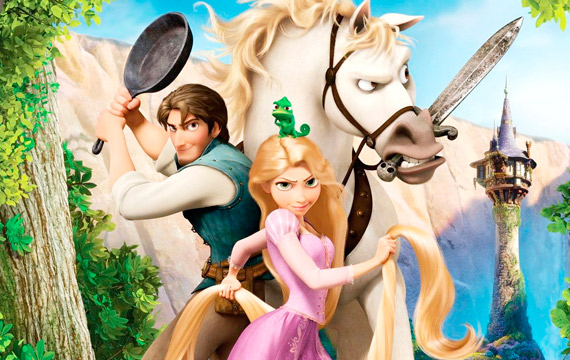 Tangled is heading to the small screen and is taking the original voices of Rapunzel and Eugene with it, Disney announced today.

The network revealed that it has begun production on the Tangled animated series. The Disney film that the series is based on debuted in theaters in 2010 and ended up grossing over $591.8 million worldwide. Fans of the film will be happy to learn that Mandy Moore and Zachary Levi will be reprising their roles as Rapunzel and Eugene (also known as Flynn Rider) in the upcoming show.

“The genius of the original movie was its seamless blending of cinematic adventure, character-driven comedy and touching emotion,” said Gary Marsh, President and Chief Creative Officer, Disney Channels Worldwide, in a statement. “And we are fortunate to have several of the creative talent from that movie on board with this new production. With the addition of Chris and Shane as Executive Producers, we have the perfect team in place to create a series worthy of the original film.”

You can read the official description of the upcoming series, per Disney, below!

Set between the events of the feature film and the start of the 2012 short film, “Tangled Ever After,” the animated series unfolds as Rapunzel acquaints herself with her parents, her kingdom and the people of Corona. Her irrepressible spirit and natural curiosity about the world drives her to the realization that there is so much more she needs to learn before she can truly accept her royal destiny. She boldly puts her crown and impending marriage on hold to seek out epic adventures, much to the dismay of the King who, after missing out on Rapunzel’s youth, must accept that his daughter is now an independent young woman. Accompanying Rapunzel on her journey will be Eugene; the plucky chameleon sidekick, Pascal; the no-nonsense horse, Maximus; the Snuggly Duckling Pub Thugs; and newcomer Cassandra, a tough-as-nails handmaiden, who becomes Rapunzel’s confidant.

Not only will the series put Moore and Levi back together again, but will also reunite Disney Legend and Academy Award-winning composer Alan Menken and lyricist Glenn Slater.

The series will premiere on Disney Channels around the world in 2017.

A 'Fifty Shades of Grey' Spinoff Film Isn't in the Works...Yet