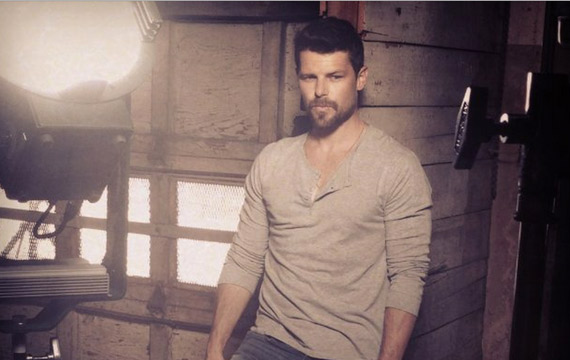 In the series, based on Whitley Strieber’s best-selling novel Alien Hunter, the disappearance of a decorated Philadelphia cop’s wife leads him to a secret government unit assembled to hunt a group of ruthless terrorists – shadowy figures that may or may not be from this world. Aussie actor Nathan Phillips has signed on to play lead role of Flynn Carroll, “the former FBI agent suffering from PTSD whose hallucinations get worse fro the stress of his wife going missing,” according to Deadline.

The new series fits right in with the network’s strategy to create bold and distinctive sci-fi fantasy drama and joins Syfy’s roster of high-profile scripted and development projects, including the recently-announced series pickup of The Magicians, based on Lev Grossman’s best-selling books; the December’s 10-part series The Expanse ; Arthur C. Clarke’s mini-series Childhood’s End, also set to premiere this December; David Goyer’s Superman prequel, Krypton; and Incorporated, a pilot thriller from Matt Damon and Ben Affleck.