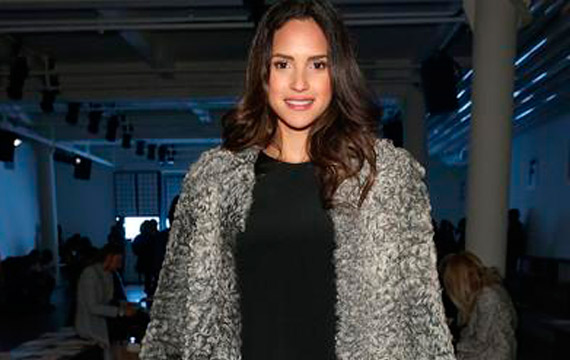 Emerald City, NBC’s new take on The Wizard of Oz, has found its Dorothy Gale.

Adria Arjona, who is also set to star in the second season of True Detective, has landed the role of a very different kind of Dorothy in the upcoming NBC series, TVLine first reported.

The series has encountered a little trouble getting made, with NBC previously greenlighting, then shelving it. Now that the network has decided to give it another shot, ordering 10-episodesof the show.

You can read a description of the series, per NBC, below:

Desperate for clues that will lead to the identity of her biological mother, a young woman breaks into a sinister underground facility somewhere in the Midwest. Unable to complete her mission and surrounded by security, our feisty heroine steals a K9 police dog and drives away into the night… and headlong into the path of a raging tornado. In the blink of an eye, she is transported to another world, one far removed from our own — a mystical land of competing kingdoms, lethal warriors, dark magic and a bloody battle for supremacy. This is the fabled Land of Oz in a way you’ve never seen before, where wicked witches don’t stay dead for long and 20-year-old Dorothy Gale becomes a headstrong warrior who holds the fate of kingdoms in her hands. You’re not in Kansas anymore, and this is not your Grandmother’s Oz.

A 'Maleficent' Sequel Is in the Works