The Heretics are heading to Mystic Falls to cause a world of trouble in the next season of The Vampire Diaries.

We previously reported that the series would see the addition of its first same sex couple on the show, heretics Nora and Mary Louise, but we know now who the pair will be portrayed by, along with fellow heretic leader (don’t call her a third wheel) Valerie. 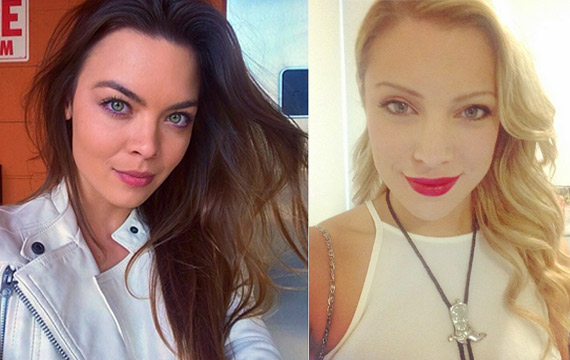 Scarlett Byrne (Falling Skies) and Teressa Liane (Neighbours) will play Nora and Mary Louise, respectively. Along with being the show’s first same sex couple, the characters have previously been described as “down low lovers with murderous tendencies.” Variety, who first reported news of the casting, describes Nora as “cute in a tomboyish way” with “a sly sense of humor and potent magic.” She sounds like a bit of a wild child, who is “less interested in coexisting with the residents of Mystic Falls and more excited by retaliation and mayhem.” Her partner Mary Louise is powerful as well and “isn’t afraid to express her strong point of view.”

Valerie, played by Elizabeth Blackmore (Legend of the Seeker) is the leader of the trio. She’s previously been described as a “20-something vampire who relies on her dry sense of humor to counter a life of pain and dismissal.” Variety details that Valerie “has difficulty adjusting to life in Mystic Falls and is opposed to the pacifist instructions Lily has given to the heretics. Focused on revenge, Valerie will take matters into her own hands and start a dangerous chain of events that will change Mystic Falls.”

You can watch these ladies tear up the town when The Vampire Diaries returns, Thursday October 8th.