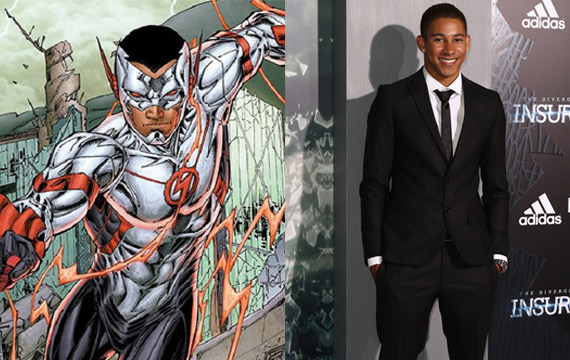 Insurgent star Keiynan Lonsdale has been cast in the role of superhero Wally West aka Kid Flash.

Lonsdale, who plays Uriah in the second Divergent series film, was revealed yesterday as the choice to bring Wally West to life. West, a character from the DC Comics, is the nephew of Iris West and, after suffering a similar freak accident to Barry’s giving him similar powers, becomes known as Kid Flash and eventually The Flash.

“Just like when we met Grant [Gustin] for the first time, we instantly knew Keiynan embodied all the heart and courage of a hero,” executive producer Andrew Kreisberg said in a statement. “We are so excited to be bringing this much-beloved character onto the show.”

Lonsdale joins the previously announced Teddy Sears as another speedy superheo this season. He’ll be taking on the role of Jay Garrick, the first DC Comics character to take on the mantle of The Flash.

If you want to learn more about what to expect from the upcoming season of The Flash, check out our Comic-Con coverage.

The Flash returns for season two on Tuesday, October 6, at 8/7c on The CW.

Let us know what you hope to see happen in the new season below!