Julie Plec Talks ‘Containment’, ‘The Vampire Diaries’ and ‘The Originals’ 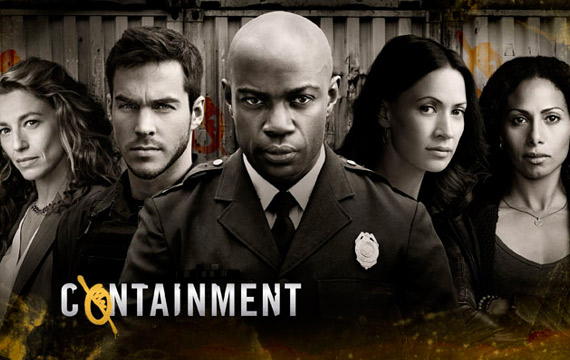 Julie Plec is managing to keep herself pretty busy these days. As the creator of The Vampire Diaries and The Originals and producer of the upcoming CW show Containment, Julie is arguably one of the busiest women on TV, but she always has a little time to talk about her show-babies.

The creator/producer extraordinaire already has two successful shows in rotation, The Vampire Diaries and The Originals, and is getting ready to throw a third ball into the air with Containment, making it a true juggling act.

Plec chatted with The Hollywood Reporter about all 3 of her shows, teasing a little about each in a new interview.

On how long she sees Containment running

“I see it running as long as it can sustain itself. I can see it taking on various forms over [the show’s length]. I don’t think it has to remain contained to that containment. The 100-episode marker is such an enigma these days, because it doesn’t really matter any more. I know it matters to a lot of people on the money side. It matters less to the people on the network side. It’s whoever is bossiest about the number of episodes they want made. I haven’t done in years a limited order show. It is so much fun. It is a dream come true. So I’d be happy to keep doing it on the small side for a while.”

“You know what’s so funny: I love [Veronica Mars executive producers] Rob Thomas and Diane Ruggiero, but I never watched Veronica Mars. I only knew Jason Dohring because [Vampire Diaries executive producer] Kevin [Williamson] loved him so much on [the short-lived CBS drama] Moonlight. And then I realized, he’s Logan that everyone talks about from Veronica Mars. I feel like I’m very lucky to have the person that so many people fell in love with in the past decade.

Jason’s character is decidedly human. It’s a nice breath of fresh air. He plays a detective. There is a crime that happens in the first episode, and he comes in to investigate it. He’s working closely with some of our characters. The question is, how much does he know or not know about what’s going on in the supernatural world? And what’s going to happen to him as a result of digging too deep?”

On the upcoming Vampire Diaries romances

“The fundamental romance has hit the biggest roadblock of all-time in the form of a six to seven-decade coma. But there’s something beautiful in the poetry of that. Damon’s wild spirit and having to keep himself tame to wait for the girl — which of course that [wild spirit] is the Damon we met in season one – he was waiting for the girl. It’s just a matter of what he gets up to as he’s waiting for the girl that could get him into trouble. And I mean murderous trouble.

Stefan and Caroline are just trying like hell to see if thy can come together or not. I hope they do, because I like them. They’re going to hit some pretty big twists and turns in their relationship — not through either of them being at any fault, but some things out of their control are going to intervene and throw a curve ball. But I think they’re going to try and fight through it.”

If you want more details from Plec on her shows, read the rest of the interview over at THR.