I’ve been going on and on and on  about Destiny: The Taken King all summer. As one of the (insane?) few who’ve stuck with the game and enjoyed it, I’ve been trying to bring people back to the Tower for months.

As of Tuesday, I’m happy to say that Destiny has finally lived up to the hype.

Bungie’s first year with their ambitious MMO has been rocky. The vanilla game was called boring, repetitive, and grind-heavy. The Dark Below infuriated players with its leveling system. House of Wolves took a few steps in the right direction by reducing the grind and experimenting with character development, but Bungie has now Taken (ahahaha…) the hard lessons they’ve learned since last September to heart.

I think this time, they’ve gotten it right.

The opening minutes of The Taken King find the Awoken, lead by queen Mara Sov and her (pretentious) brother, Uldren, in a pitched battle against King Oryx’s (The Taken King’s) massive Dreadnought over the hazy flank of Saturn. Uldren presumably, though not definitely, goes down in the fight. The queen and her handmaidens pull off a spell that seems to almost work, but Oryx wipes out the entirety of their fleet in one fell swoop. As darkness falls, Mara murmurs, “The Awoken have done our part”, either to the player, or, if you’ll allow me my guess, to Eris Morn.

Shortly thereafter, the Vanguard receive a transmission from none other than the Cabal stationed on the barren and windswept Phobos (one of Mar’s moons). Assuming that the armored beasts are preparing an assault, the Vanguard send a lucky Guardian (guess who?) to investigate the disturbance. Something’s wrong, though, the player quickly finds out. The Cabal are under assault from an unseen force. Oryx is wiping their minds and seizing their will, turning them into his own personal army, the Taken.

The Taken, of course, are the primary enemy of the DLC. They’re the enemies you recognize, but tormented, moving like they’re in pain and sporting new, bizarre abilities. To name a few, Taken scions duplicate themselves, Taken goblins tether to other enemies, making them invulnerable until the goblin is killed, and taken phalanxes shoot blasts of force from their riot shields that knock your Guardian all over the place. 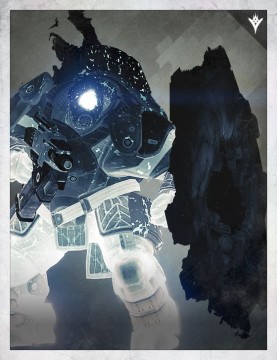 The new abilities keep you on your toes as the enemies you know exactly how to headshot suddenly outwit you. It lends a new intensity to the gameplay for those of use who’ve been slaying these guys for a while now.

If nothing else, Destiny has always been praised for its mechanics, and The Taken King is no different. The three new subclasses, Hunter Nightstalkers, Warlock Stormcallers, and Titan Sunbreakers, operate beautifully. I’ve only had the opportunity so far to play around with the former two, but I’ve seen Sunbreakers in action. The new tether ability that Hunters receive with their Shadow Shot super (it keeps enemies pinned in an area and to each other), combined with the various adaptations of the smoke grenade, dramatically alter the way I’m used to playing my main. My Warlock Stormcaller is so much fun it’s ridiculous. My fireteam was annoyed at me for repeatedly shouting Emperor Palpatine lines as I vaporized waves of Vex. I’ll get back to you as soon when I unlock my Titan Sunbreaker for play.

In order to open up these subclasses, your Guardian must embark on a short questline narrated by the appropriate member of the Vanguard for your class. I won’t spoil it, but the mission to become a Stormcaller was one of the more memorable experiences of my gaming career. 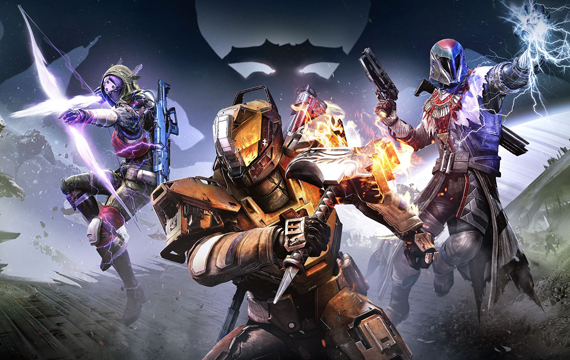 The Vanguard themselves are given a much more prominent role. This DLC probably has more cutscenes them the entire rest of the game combined, and it really lends the game’s characters, who’ve so far been relegated to the background, a chance to shine. Commander Zavala, Ikora Ray, and Cayde-6 interact with each other exactly as you would expect if you’ve learned a bit about their personalities. Eris Morn also is a prominent figure, of course, and works together with the three powerful Guardians to address Oryx’s threat. Nolan North, who I originally didn’t like as Ghost, makes up for it with his new lines. Even more interesting, though, is the fact that some of the more minor characters, like Amanda Holliday, get to make cameos in the cutscenes.

Nathan Fillion’s Cayde-6, however, steals the spotlight. Cayde is the primary driver of the early campaign’s action, and his trademark slightly dorky, slightly badass lines keep you smirking throughout. Again, without too many spoilers, he deliberately goes behind the other two members of the Vanguard to meet the primary threat head-on, Oryx’s Dreadnought. 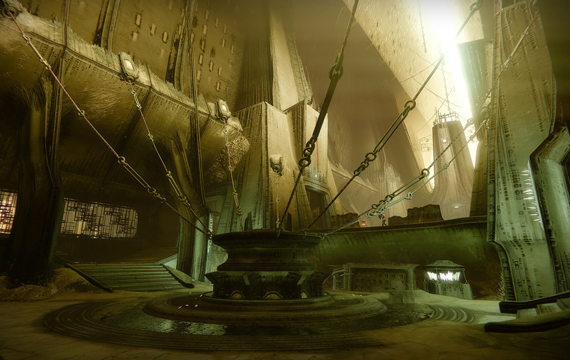 The writing is excellent, but the folks who really deserve the award for this DLC are the art and level design teams. The early missions on earth are beautifully sculpted, but the Dreadnought takes the cake. Majestic halls remind you that you really are dealing with a god. The twisted cathedrals give way to imposing, claustrophobic corridors that drive home Oryx’s menace. The gargantuan spacebound fortress is the setting of most of the DLC, including new patrols, so it had to be well-crafted. Kudos to Tom Doyle (Art Lead, Destiny) and to everyone else involved. Well done, guys.

With that, I’m finished singing the praises of The Taken King. Is it worth the extra $40.00? I think so. That’s a decision you’ll have to make. The DLC, to me, is what Destiny was meant to be in the first place. I can’t wait to log on later and dive into the new raid.

Oh yeah, “King’s Fall” comes out today too. I’ll get back to you on that one. Stay tuned!

Will 'The Taken King' Give Destiny a Second Chance?