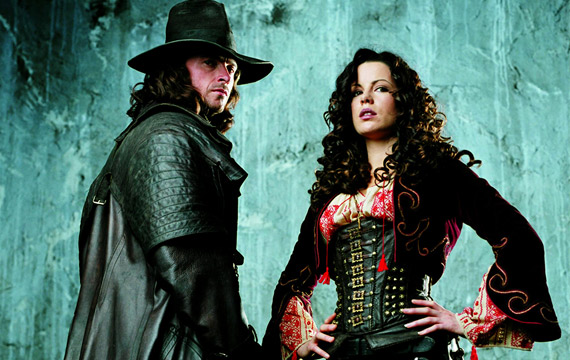 Syfy has ordered a 13-episode series about the daughter of legendary vampire hunter Van Helsing.

The new spin on the tale will follow Van Helsing’s daughter, Vanessa Helsing, who is resurrected 5 years in the future and must help humantiy fight back against vampires, who have taken over. Between her lineage and the unique power that she possesses over the vamps, Vanessa is now humanity’s last hope.

“I am extremely excited to be working with Syfy and Nomadic Pictures to create a unique, character-driven action series that will move the traditional vampire tropes into bold and unexpected new territories” said showrunner Neil LaBute (The Wicker Man) in a statement. “This is a wonderful chance for us to forge great stories and unforgettable characters and throw them into a world where the stakes – both dramatic and personal – are tremendously high.”

No casting has been announced at the moment, but we’ll keep you updated once we learn who will take on the role of Vanessa Helsing.

The series is set to begin production in Vancouver in January.