The first X-Men: Apocalypse trailer is here, and the young X-Men will have to use all the power they’ve got if they want to stand a chance against their latest villain.

“Everything they’ve built will fall and from the ashes of their world, we’ll build a better one.” Not the words you want to hear from the oldest and most powerful mutant on the planet. Unfortunately for the world, Apocalypse (Oscar Issac) means every bit of what he said. The film’s antagonist has hatched a plan to unite mutants everywhere in order to take over the Earth… and destroy anyone who stands in his way.

The trailer give fans an action-filled peek at the villain and his team of allies, whom you’ll definitely recognize, as they enact their plan to end mankind. Professor X (James McAvoy) and Raven/Mystique (Jennifer Lawrence) must work together to lead the young X-Men (some of whom are still getting a handle on their powers) into a war to save the world.

Set a decade after the events of X-Men: Days of Future Past in 1983, X-Men: Apocalypse looks like it could end up being one of the best in the franchise.

(Oh and in case you were wondering, it looks this is the film when we’ll finally get to see you Professor X lose the luscious mane and begin sporting his signature bald head)

Take a look at the explosive trailer below: 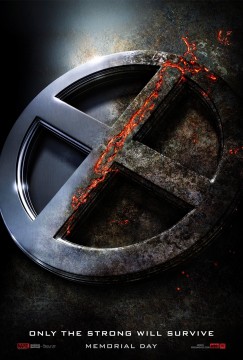 New faces set to make their debut in the series include Olivia Munn as Psylocke, Kodi Smit-McPhee as Nightcrawler, newcomer Lana Condor as Jubilee, Tye Sheridan as Cyclops, Sophie Turner as Jean Grey and Alexandra Shipp as Storm.

You know the drill! Let us know what you think about the trailer in the comments below!