Are Miley Cyrus and Liam Hemsworth back together? Cyrus and ex-fiance Hemsworth are rumored to have spent New Year’s Eve together, and today photos have surfaced showing that the former couple is indeed spending time together in Hemsworth’s home country of Australia.

Cyrus, 23, and Hemsworth, 25, were originally spotted being affectionate at the Falls Music Festival in Byron Bay, a festival which was the two attended with Hemsworth’s family including Chris Hemsworth, 32, and Luke Hemsworth, 35, as well as their wives. The whole group was spotted in the VIP section for nearly a half an hour by a source that reported the sighting to the Australian Telegraph. Security was present so there onlookers were unable to obtain photographs.

Are Miley Cyrus and Liam Hemsworth Back Together?

Miley and Liam Hemsworth arriving at Restaurant in Australia. ???? pic.twitter.com/UbaohzTxXJ

Cyrus and Hemsworth have yet to comment on the possibility of rekindling their romance. However, both have spoken separately about their time together. Cyrus said in an Australian TV interview in 2014, that she still had feelings for Hemsworth, admitting, “I love Liam, Liam loves me.”

The singer also admitted her hit song “Wrecking Ball” was about Hemsworth, stating, “I wanted to make sure every time he turned on his radio, he would hear my song and will keep hearing it for the rest of his life.”

Hemsworth also spoke out on his split from Cyrus. Earlier this year he told Men’s Fitness Magazine the following, “I mean, look—we were together five years, so I don’t think those feelings will ever change. And that’s good because that proves to me that it was real. It wasn’t just a fling. It really was an important part of my life and always will be. She’s a free spirit. I think she’ll always surprise people with what she does, but she’s not a malicious person in any way. She’s a young girl who wants to do what she wants to do.” 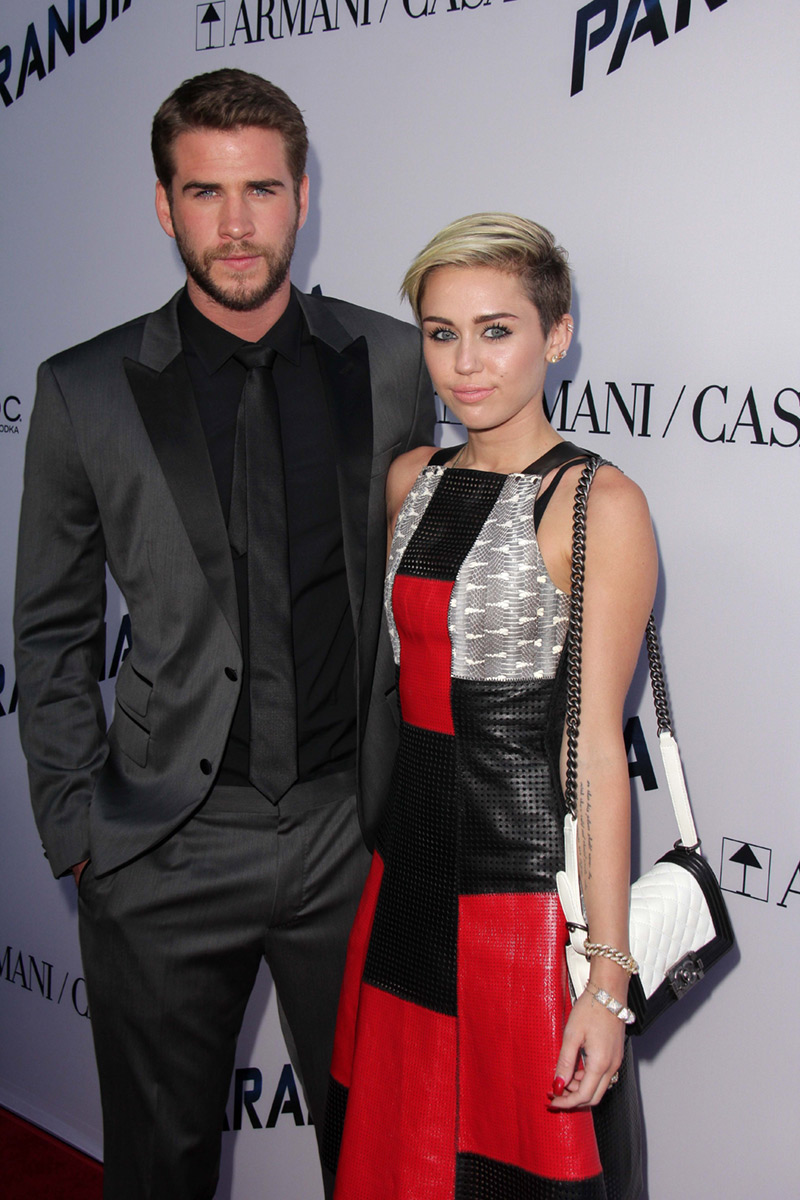 Cyrus and Hemsworth met while filming The Last Song in 2010 and started dating shortly after the project wrapped. The two were engaged in 2012.

Would you like to see these two back together? Let us know your thoughts in the comment section below!

Are Miley Cyrus and Liam Hemsworth Back Together?