In the grand scheme of things, you can be forgiven if you’ve overlooked Sega’s Yakuza series. Generally shovelled onto Western shelves years after the original Japanese release without much of a fanfare and all but ignored by most outside of Japan, the franchise has always been brimming with ultimately unrealised potential. With Yakuza 0, the long translation delay – almost two full years – is still in play, but the potential appears to have been fully realised. What’s best is that you’ll be up to speed from the get-go, since you don’t have to have played any of the earlier games to fully experience things. 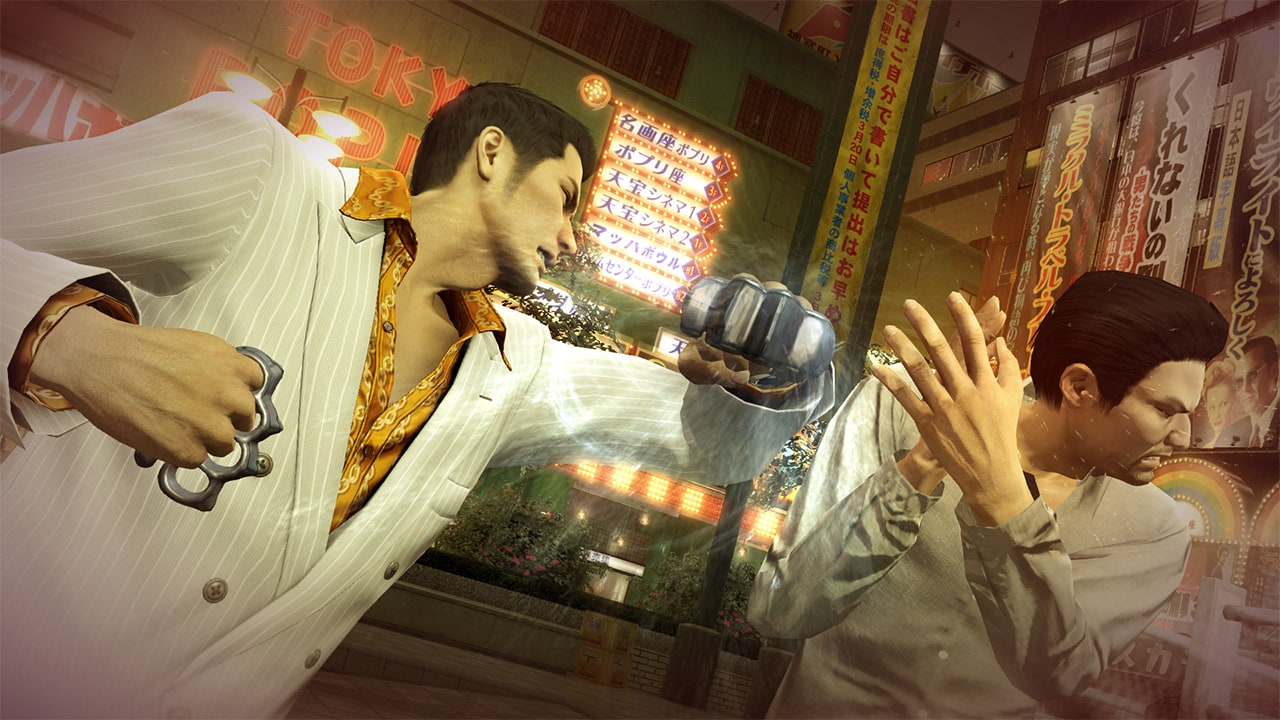 From the very outset, as you’re wandering around the neon-bathed Kamurocho streets of 1988 as Kiryu, learning the basics of the game, it’s easy to see that this is a Sega game in more than just name alone. The relatively open nature of the locations on offer, the myriad forms of entertainment that you can play to take a breather from the story – including full arcade versions of Super Hang-On, Space Harrier, and Out Run – and the general feel of proceedings harks back to the days of Shenmue and its sequel. In fact, there are so many sub-stories and diversions available that you can sit down for a quick hour with Yakuza 0 and find that your whole time was spent being sidetracked. Maybe you’ll do a bit of fishing, play with a UFO Catcher at the arcade for a while, spend some time racing slot cars, try a bit of karaoke, or kick back at the bar by throwing a few darts or playing a few racks of pool? More likely though, is that you’ll be getting involved in one of the many, many subplots that the game world’s citizens have to offer. One minute, you’ll be chasing down a street tough who stole a new videogame from a little kid (and he saved up all his money for it, too…aww) and the next you’ll be helping a wannabe dominatrix better serve her clients by teaching her how to be tougher. The subplots aren’t quick throwaway affairs, either. They vary in length of course, but the sheer amount of discussion between the characters and the variation of the missions is proof positive that they haven’t just been thrown in without thought to pad your playing time. Rather, they’ve been included to attempt to push across the sense that Yakuza 0’s world is a living, breathing one. That attempt was more than successful.

Sega has even thrown in a few distractions outside of that world, affording players the ability to play against other players (or CPU bots) in a few hands of online poker, some rounds of Cee-lo, or a couple of games of Mahjong, with your profits and losses all affecting your in-game bank balance. 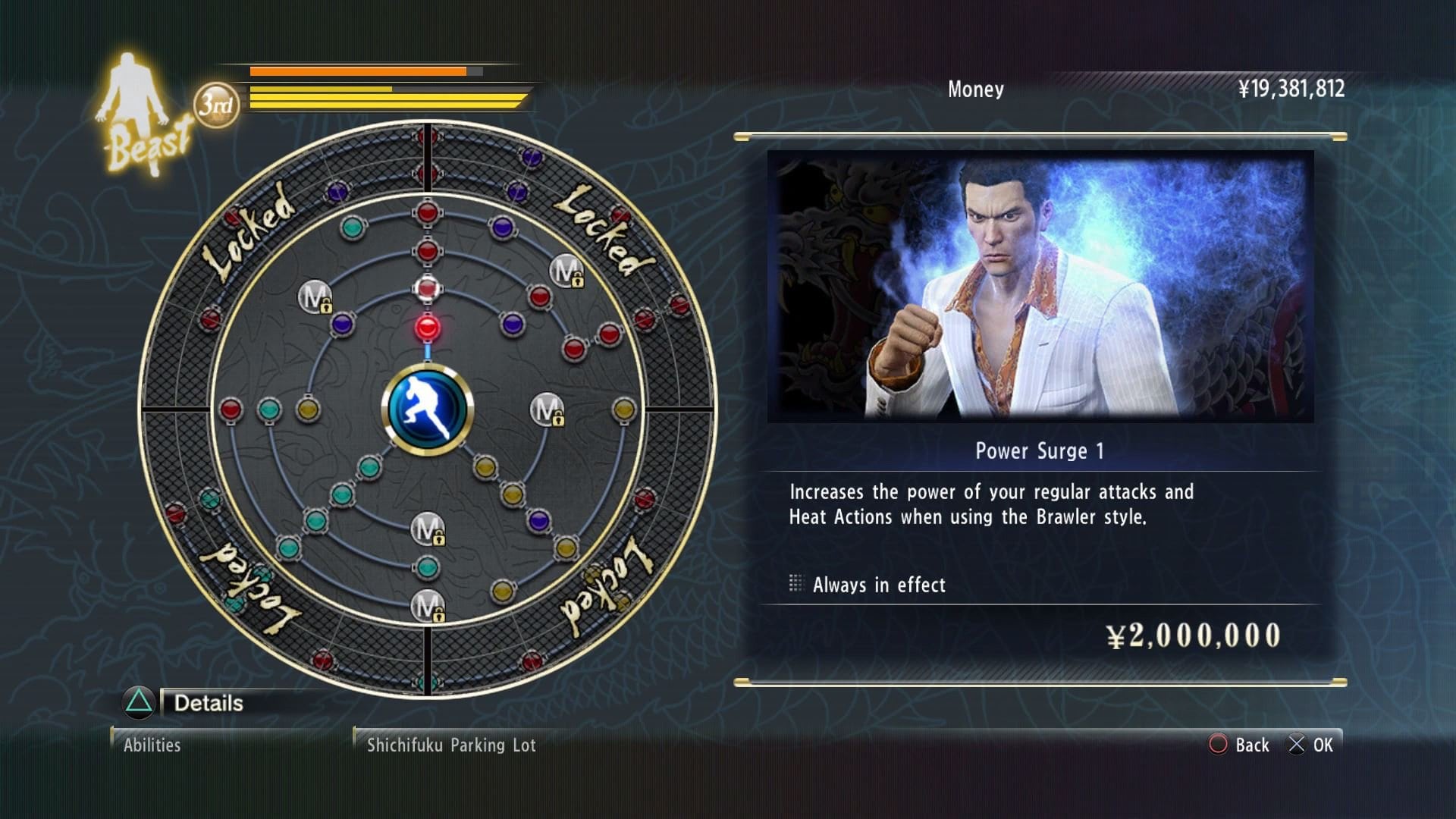 What this all means is that while Yakuza 0 does have an underlying campaign, you always have a wealth of options as to how to spend your playing time. Once the genuinely thrilling first chapter – which throws a fair amount of systems and gameplay mechanics at you – is over, the world is yours to explore. Distractions aside, there’s a good chance that you’ll want to push the story along, since it really is compelling stuff. A dark tale of the Japanese underworld, which splits the action between your initial character Kiryu and his club-owning brother Majima, there’s action around every corner and plenty of twists and turns to keep your interest high. What helps with the narrative is that the two characters aren’t always fighting towards the same goal. While there is an overriding story that drives them both along, they also have separate targets. Kiryu is attempting to clear his name after being wrongly accused of murder, whilst Majima faces a battle with his own conscience as he tries to get back into the Tojo Clan, from which he’s been exiled.

When it comes to action, improvements to the combat systems are where Yakuza 0 really stands out compared to earlier titles in the series. This stands as a testament to the potential of the previous titles, since the changes are not that large when all is considered. We’re looking at tweaks and polish, rather than a new approach, which means that things will feel somewhat similar to fans of the franchise, but that the fighting never feels cumbersome and you’re never very far away from something particularly impressive occurring. The ability to switch between different styles of fighting with the d-pad allows for you to take on different enemies in different ways and in some cases, switching is required. A big guy that shuts down your Brawler-style punches could be left exposed to a couple of gutshots after dodging his attacks in the Rush style, for example. A large percentage of the foes that you face can be taken down with whichever style you choose, but when you do reach that minority that require an almost puzzle-like approach, it’s satisfying to land that final blow. 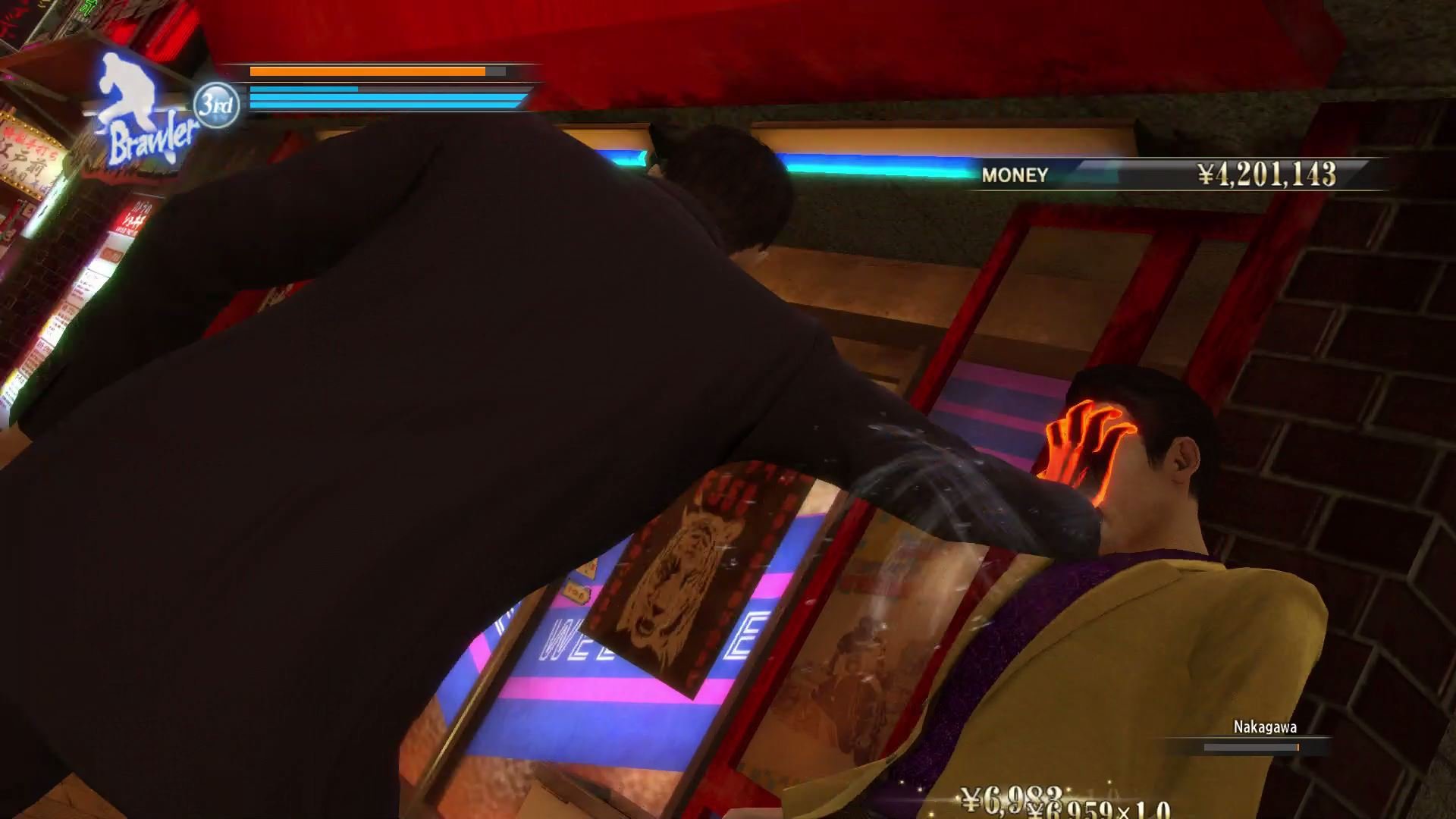 This isn’t to say that fighting against the more grunt-like characters isn’t fun, because it really is. Yakuza 0 is one of the first videogames for an awfully long time that truly allows you to get creative with your approach to combat. Throws, kicks, knees, headbutts, and special “Rush” mode moves combine beautifully with environmental and weapon attacks to make each battle seem like an artistic performance. More often than not, a thought that starts out with “Wouldn’t it be cool if…” is answered by the game in resounding fashion. Wouldn’t it be cool if I could knock this guy down, and then pick him up and kick him in the face? Go for it. Wouldn’t it be cool if I could somehow use that car door to take this guy out? Fire a rush attack near the car, and Kiryu will wedge the enemy’s head in the door and try to kick it shut. Wouldn’t it be cool if I could roundhouse this guy into the river? Done. After a couple of dozen hours with the game, you’ll still be finding new ways to dish out the pain, especially when the cost of upgrades and new abilities is quite high in relation to the money that you earn through standard gameplay. It’s old-school arcade-style combat pulled screaming and kicking into three dimensions. 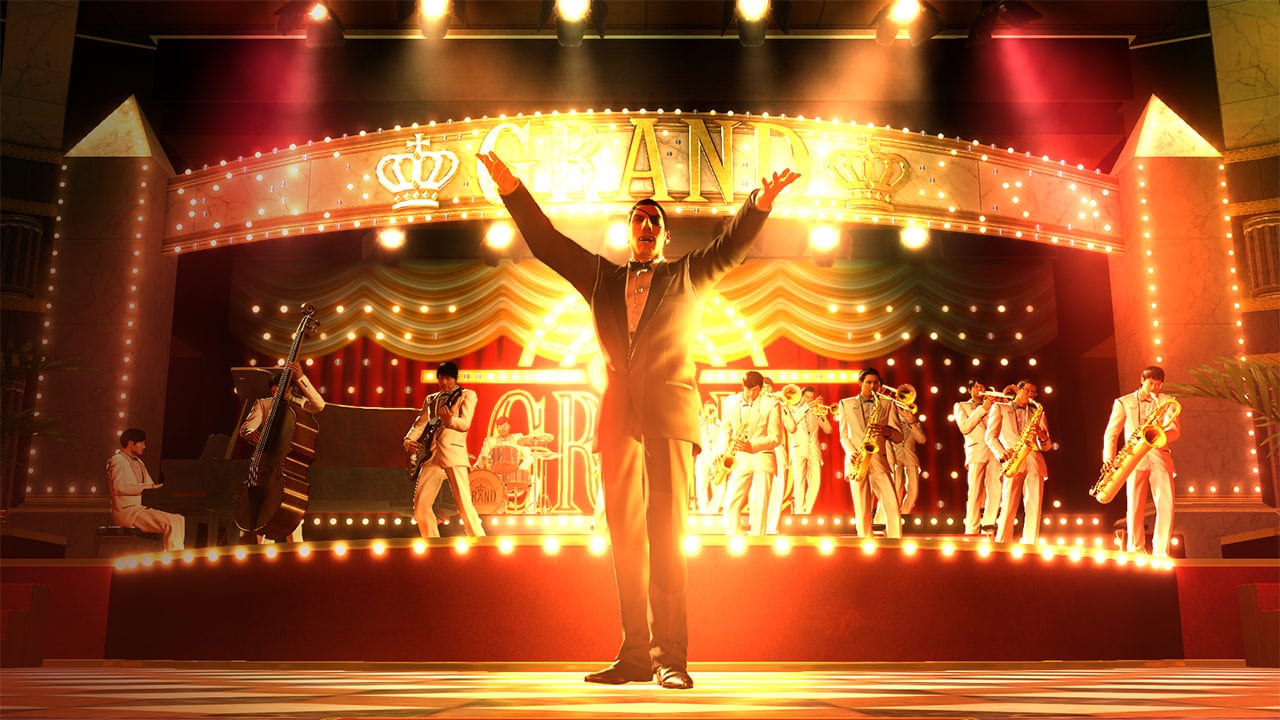 While sometimes being violent to the point of making weaker-stomached players wince, the combat here is as beautiful as it is brutal and that combination can easily be applied to Yakuza 0 as a whole. After all, when you first walk in to the Kamurocho nightlife in the opening exchanges, there’s a beauty to the presentation that provides an incredible sense of place. It doesn’t take long to go from gazing at the wonders that the city has to offer to fists and feet flying in a way that is utterly irresistible. Expect to spend many hours of your life in Yakuza 0’s world.