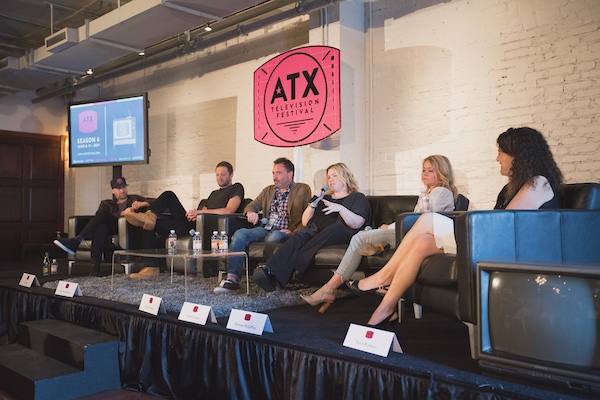 With all of our articles and coverage of Season 6 of the ATX Festival now up, I can sit back and reflect on what an amazing event it was this year.

So what all did FanBolt cover this year?

I got into Austin bright and early on Thursday, grabbed lunch -- and then was immediately out to my first panel for The Leftovers.

After the panel wrapped up, I had a little bit of downtime before I actually had the honor of sitting down with the creators & executive producers for an exclusive interview, which you can check out here: Damon Lindelof, Tom Perrotta, and Mimi Leder Talk ‘The Leftovers’, Music, Fan Experiences, and More! 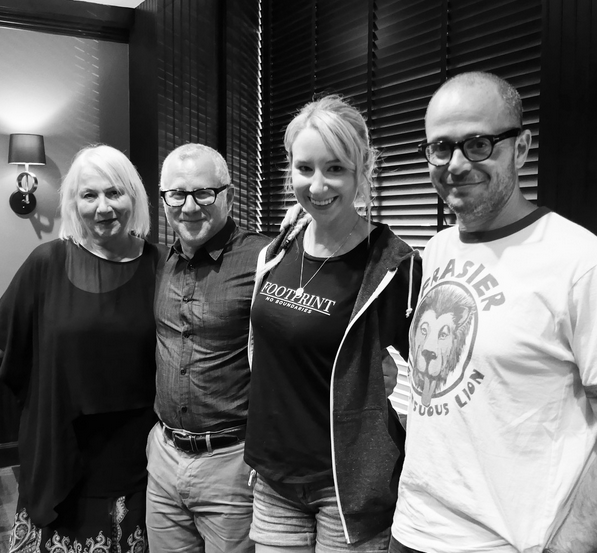 After I wrapped my interview with the guys, I headed over to their panel which you can see a few highlights from below (Photos by: Tammy Perez)!

As the festival wrapped up its second day, Mike and I headed out to the Parks and Rec episode screening which took the place of the usual Friday Night Lights pilot screening -- an event that is open to everyone not just attendees of the festival. We grabbed some pizza nearby, meet Li’l Sebastian, and hung out for some of the fun before calling it a night.

Day 3 started out with the pitch competition -- always one of my favorite events to attend. After the festival narrows down the applicants (from literally hundreds), the judges (and the audience) hear the top 10 finalists pitch their idea for a TV series -- and they name a winner at the end -- that winner will receive a development meeting with one of the judges and a chance to pitch to the festival’s network partners.

This was my favorite panel from this year’s ATX Festival. As soon as they have a video online from it, I’ll be adding it below, but you can hear me discuss it in The ATLas Podcast Episode 59.

The basic overview was the ever-changing landscape of television -- from original programming to new streaming services, how does each network find its own place on the spectrum. Each member of this panel came from a major network and talked about how their success and failures (and that of their competition) has evolved the direction that they’ve taken their network in. I was most interested by Freeform’s Karey Burke’s contributions here as she talked about the decision that ABC Family made to rebrand into Freeform -- and what that process actually looked like. It was an incredible discussion to hear for me -- not only a television fan, but also a designer. 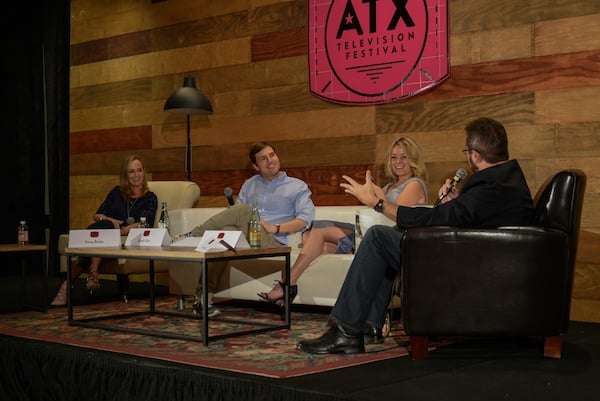 Always one of my favorite casts to interview, and this year was no exception. You can read my full interview with the cast of Younger or you can listen to the audio in The ATLas Podcast Episode 60 (I recommend listening -- as this cast is hilarious!)

This was one of my other favorite panels of this year’s ATX. It was a very honest and candid conversation with Julie Plec, Rebecca Serle, and Amanda Lasher about high school-based programming -- and how the traditional “teenage dramas” are really disappearing… they all either have vampires or zombies in them now. With new series being developed or revamped to focus more on the college-aged audience, why has television made a shift (and in a way abandoned the younger narrative)? The panelists all discussed this evolving landscape of the NA (new adult) genre, and why it’s taken the place of YA (young adult) genre.

I’ll also be adding the video for this one once ATX uploads it. It was a truly fascinating conversation, and Plec’s honesty about how networks (like CW) really want YA series but with a supernatural twist (if there isn’t zombies -- they’re simply not interested right now in the genre).

And that’s our round up! I hope you all enjoyed all the social media coverage and the articles and interviews that we’ve posted!

A huge thank you to all the actors, actresses, and show creators for their time, to all the PR folks that were so great in helping schedule everything out, the ATX volunteers, and most importantly -- to ATX founders Caitlin McFarland and Emily Gipson -- they’re true rockstars.

Top Best Movies to Watch with Your Girlfriend