by Emma Loggins
in Lifestyle, Travel 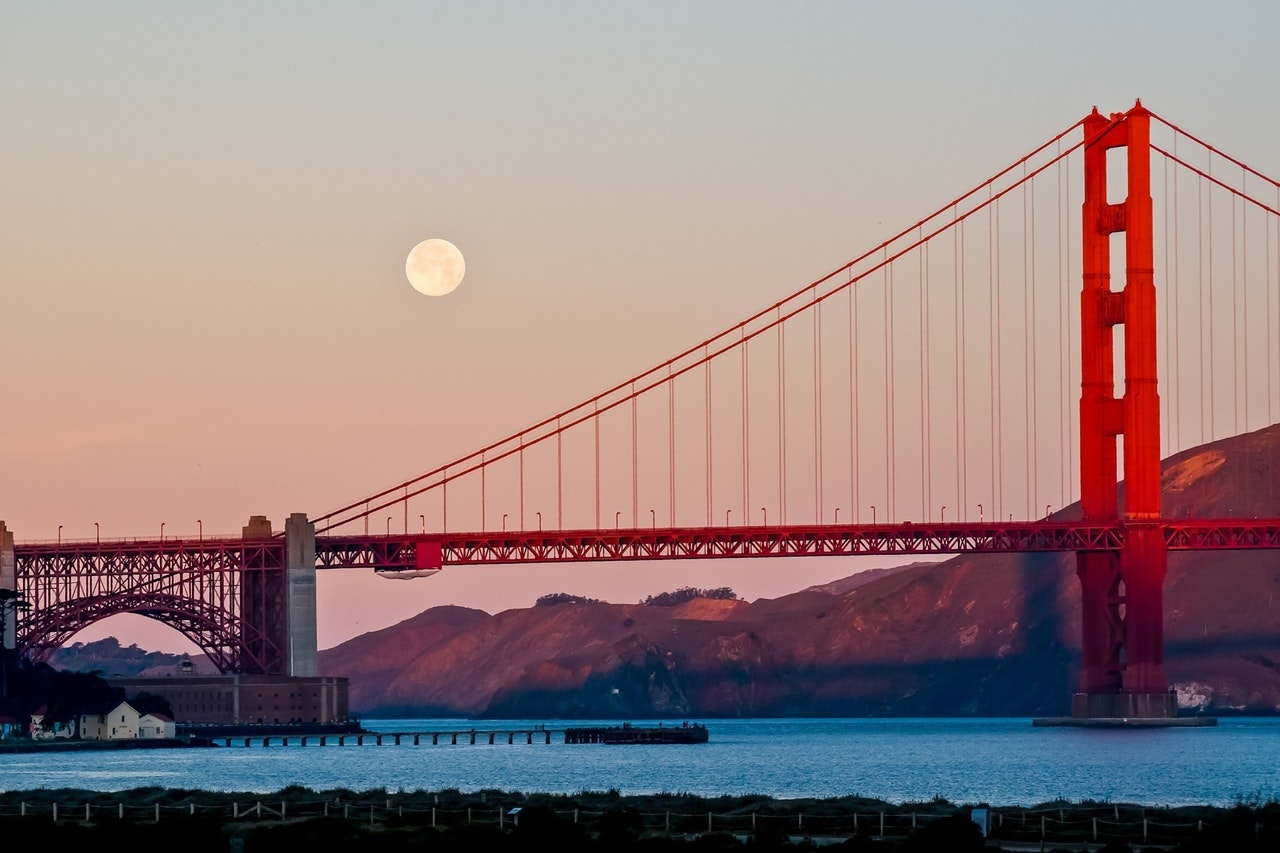 The United States of America is a country that’s home to many wonderful and incredibly unique cities. Planning a tour of these iconic destinations can be stressful, however. There are so many to see that it’s hard to pick and choose which ones to prioritize. Still, that’s exactly what we’ve done for you. Here are the 6 must-see cities on your all-American adventure.

The first destination on your must-see list should be San Francisco. Don’t be fooled by the small size of this city in comparison to some other ginormous American metropolitan areas; San Francisco packs a lot into a compact space. You should take a tour of the city on one of its iconic cable cars, first of all. You’ll get to experience its steep slopes and beautiful architecture from the comfort of a quirky mode of transport. Then, you should head to Alcatraz Island. Not only is this an utterly intriguing historical landmark but it’s also a visually breathtaking location, believe it or not. Vibrant and colorful gardens are grown around the island which now has its own ecosystem.

There’s so much more to this tiny island (and the entirety of San Francisco) than you’d imagine. And if you have time after experiencing the excitement of the city itself, you should also head to the nearby Redwood Forest (known officially as Muir Woods National Monument). It’s not just the filming location from The Rise of the Planet of the Apes; it’s a wonderful natural landmark in its own right. Home to stunning redwood trees that soar far above the line of sight, this forest is a beautiful slice of paradise. It’s definitely worth visiting if you’re going to be in the San Francisco area anyway.

You’ll probably fall in love with the sun-soaked scenery of California, so there’s no point leaving this state just yet. If you end up having a good time in San Francisco then you should head a little further south to Los Angeles (it’s just under an hour on a domestic flight). This city is a popular tourist destination, but it’s easy to understand why once you get there. First of all, you’ve got to explore Hollywood. Seeing the “magic” of this place behind the scenes is a little bizarre but completely fascinating. You should really take a tour of the Chinese Theater whilst you’re there; you’ll learn a lot about past and present filmmaking. Hollywood has a lot of natural beauty to offer too; you should head up the fantastic hills that overlook L.A. in its entirety. Make sure you check out the Griffith Observatory too. It’s a brilliant building both architecturally and historically.

Of course, you might want to experience the Los Angeles that exists outside of Hollywood too. Head to the downtown area if you want to experience some of the real treats the city has to offer. The Grand Central Market should be a priority stop on your travels; it’s home to some wonderful establishments that offer delicious cuisine. Olio Pizzeria, in particular, makes mouth-watering oven-fired pizzas. Plus, there’s often live entertainment which really ties the whole experience together. Anyway, you’ll probably want to head towards the coastline at some point to really make the most of the sun. Venice Beach is a great place to soak up some rays or simply people-watch; there are some unique characters in this one-of-a-kind city. 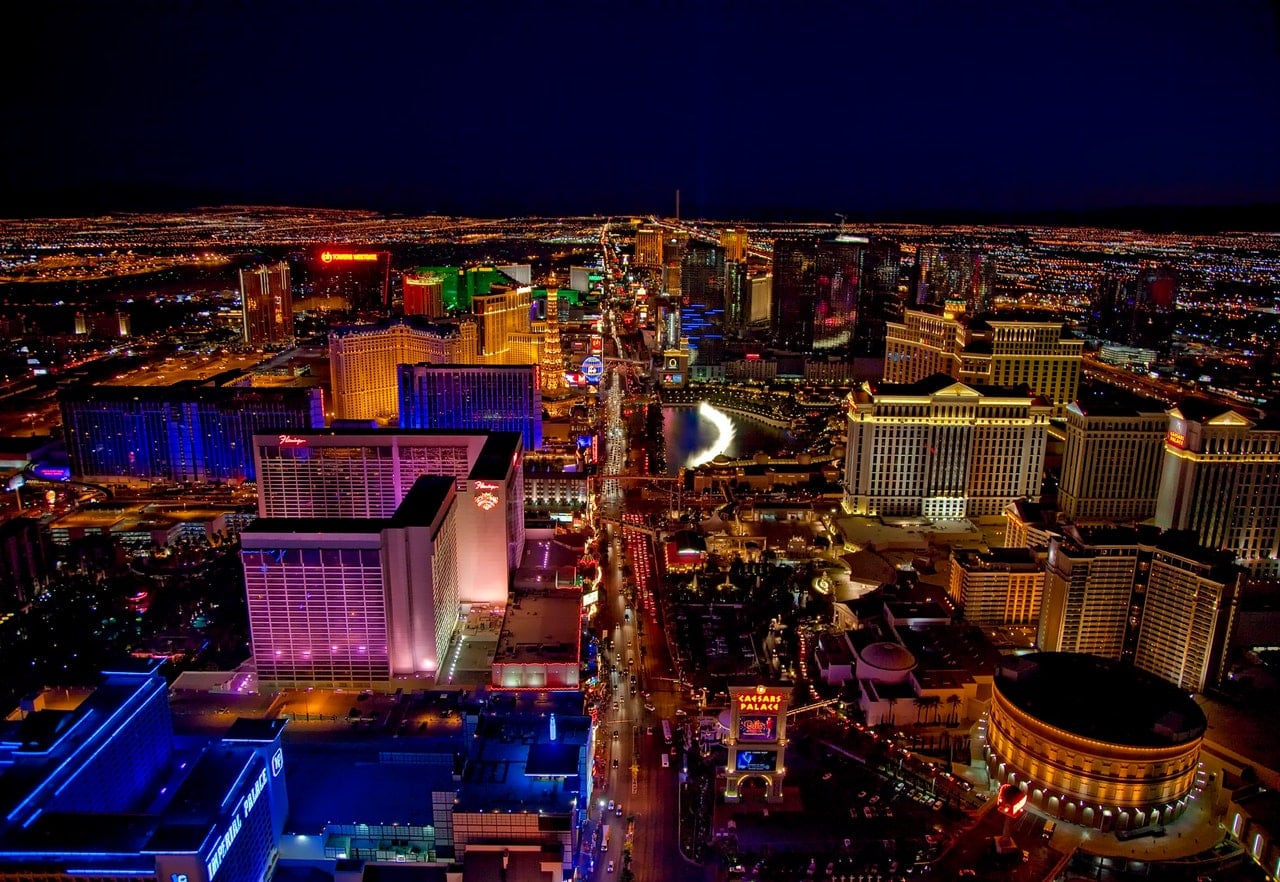 If there’s a city that embodies the idea of adventure and excitement then it’s probably Vegas. This loud, colorful, and eccentric destination is the heart of entertainment in the U.S. It’s glitzy and glamorous, so you need to admire this city in style. You should do some research if you’re wondering “how much does it cost to charter a private jet?” It’s not as expensive as you’d imagine, and it’s definitely a great way to soar into this vibrant and sprawling city. And if you’re wondering what to do once you reach Las Vegas, where should we start? You need to visit famous casinos such as The Palms and Treasure Island, even if you’re not going to gamble. Simply admiring the neon lights and replicas of iconic landmarks is also a fun way to explore the city. It’s more like a huge theme park.

Of course, New York is an absolute must-see for anyone who wants to get the “all-American” experience. After all, NYC is arguably the most famous American city of all. You’ll most likely want to start by visiting iconic landmarks that you’ve seen in movies and pictures throughout your life. Times Square is a bustling and visually impressive location to see in person. You should head up the Empire State Building too; seeing New York City from a great height will leave you breathless. It’s soaring skyline stretches further than the eye can see. After that, you should head to Broadway. If you plan your trip in advance then you might be able to get yourself tickets for some of the fantastic performances on offer in these wonderful theaters. It’s an experience that’ll change you.

Finally, you should head to Orlando in Florida to top off your trip. Of course, that’s assuming you had time to see all 6 of these cities; if so then congratulations. You must be exhausted, and your bank account must be depleted. Anyway, you’ll probably want to kick off your visit to Orlando by seeing Disney World. That’s why the city is famous, after all. Getting your fill of fantastic rides, food, and nostalgic flashbacks to your childhood will create a wonderful experience for you. And if you really haven’t had your fill of entertainment after a visit to Disney World then you could always hop over to Universal Orlando afterwards. You can get the first look at any upcoming movies, and you’ll have the opportunity to look behind the scenes of your existing favorite movies. Much like seeing Hollywood in L.A., there’s something mesmerizing about seeing such famous locations and sets in the flesh. These things aren’t as big and bold as they appear on a cinema screen, but that’s what makes the power of “movie magic” even more impressive.

Is Your Car Ready for a Holiday Road Trip?

Aziza: An Atlanta Date Night with an Israeli Twist

ADULTish Podcast: The One Glove to Rule Them All

Fil Eisler Talks 'Empire,' 'Dietland,' and the Power of Music