Artist Yoshiki Takahashi has created two amazing new posters for the upcoming remake of the long lost kaiju film The Great Buddha Arrival. Takahashi’s name may not be instantly familiar to some, but his artwork has been associated with some of the best named films in existence: Why Don’t You Play in Hell, RoboGeisha, Tokyo Gore Police, and Karate-Robo Zaborgar.

The Great Buddha Arrival is a crowdfunded film based on lost or destroyed 1934 kaiju epic about a living statue of the Buddha. As we reported on previously, the production is looking to fill the screen with not only huge monster action, but a number of cameos from actors long associated with the genre. Crowdfunding is still taking place to secure even more cameos.

Check out the campaign here. 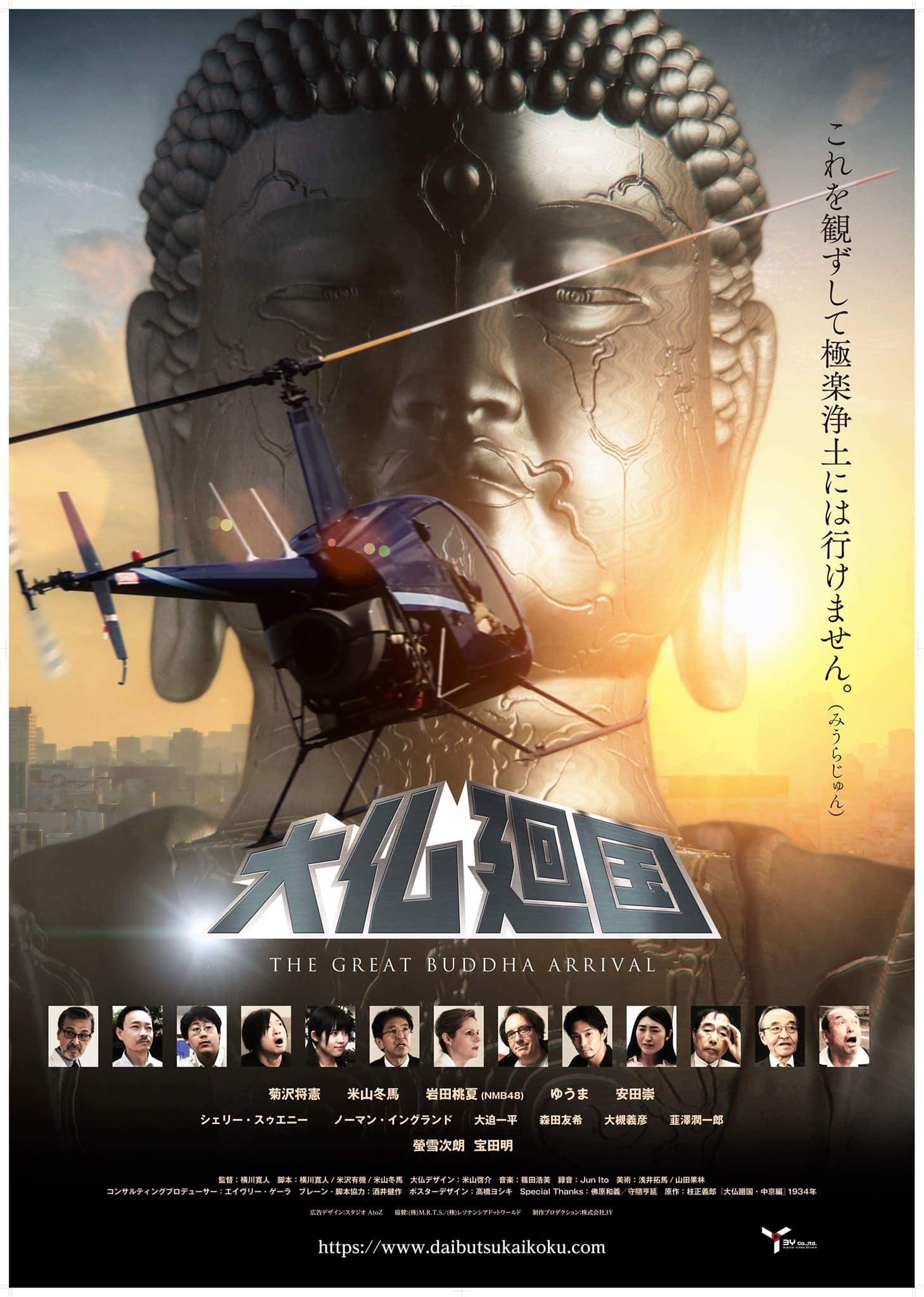 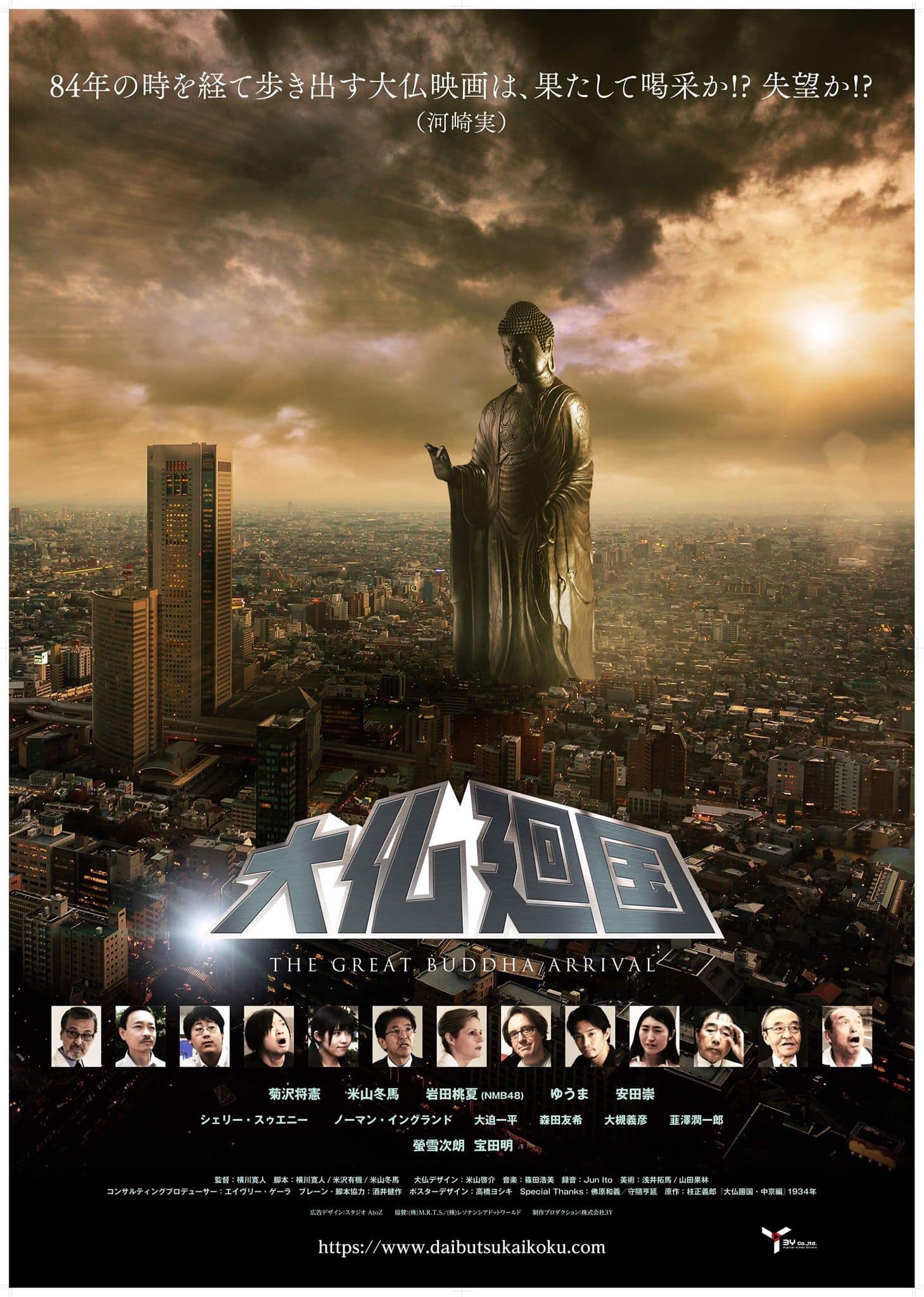