In September NBC brought FanBolt out to Albuquerque, New Mexico to visit the new sets of Midnight, Texas season 2. We arrived as the cast and crew were filming episode 208, and quite a bit had gone down by this time. Some minor spoilers may be found in the interviews and photos, but nothing major.

The surrounding land and mountains created a beautiful picturesque illusion of the Texas plains when viewed from the streets of Midnight. A single traffic light strung above the intersection by the Cartoon Saloon and Rev’s church emphasized just how isolated this town would be in the real world. The perfect setting for supernatural beings.

Though my amazing skills with the digital pen paint the setting like Bob Ross, we were allowed to take pictures. So, let’s check those out instead! 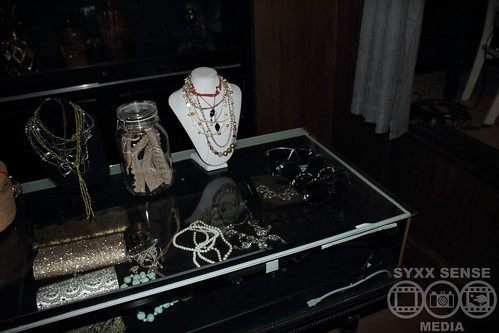 We took to the streets of Midnight, Texas and took a look inside Manfred’s RV:

Just outside of the sound stage holding the interior sets was the trailer containing the costume department. Daniela Moore walked us through the process of procuring, designing, and assembling the costumes we’ll be seeing in the second season of Midnight, Texas: