Glass is the first film of 2019 that I was genuinely excited to see. Despite my rocky road with M. Night Shyamalan’s films (I’ve only truly loved The Sixth Sense and Signs), I always make a point of seeing his films when they release in the theater. Perhaps it’s the degree of love I had for those two films, but I’ve always expected a movie with a clever twist to come out of left field and have me gasping in excitement. Glass was not that movie.

While I did enjoy 2000’s Unbreakable, and I was actually pleasantly surprised by how much I liked 2016’s Split (largely because of James McAvoy’s acting chops), Glass left me struggling with where to start with my criticism. So bear with me as I try to break down the issues I had with this film, and note – there will be no spoilers here.

Glass picks up where Split concludes, we find David Dunn (Bruce Willis) pursuing Crumb’s superhuman figure of The Beast (James McAvoy) in a series of amplifying encounters. Elijah Price – better known as Mr. Glass (Samuel L. Jackson) remains, as he believes, the orchestrator of the narrative, despite being confined at a physiatric hospital.

It’s billed as a comic-book thriller and the final film in a trilogy that was said to be 17 years in the making (though I’m not 100% sure I believe that). It’s clear that Shyamalan was inspired by the comics for this series, perhaps even more so with his Stan-Lee-esque cameo in this film (a long scene which served no true purpose other than screentime for Shyamalan), but the film feels dated and drawn out.

As with any of us who see a Shyamalan film for the first time, you find yourself looking for clues – trying to guess the bigger twist before it happens so that you can boast to your friends that you saw it coming. I did that here with Glass, and I had some crazy theories going on throughout. Let me run you through it.

“My Completely Wrong Theory But Would Have Been Cool” Theory
It had been some time since I had seen Unbreakable, so I had completely forgotten what Joseph Dunn (played by Spencer Treat Clark) had looked like (Clark reprises the role of Dunn in Glass). So the first thing I noticed, was how much this character looked like how I envision that a young Cole Sear (from the Sixth Sense) would have aged. (I’m fully aware that Haley Joel Osment looks nothing like Spencer Treat Clark – but Clark looks remarkably like a grown-up Cole Sear). Before you think I’m crazy, see the example below. 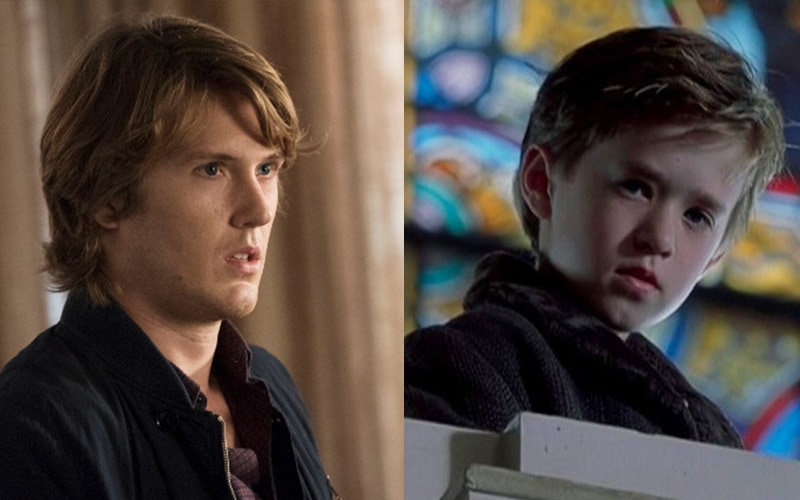 You simply can’t tell me you don’t see it.I’ll stop rambling about this doppelganger situation and stay that this realization led me to believe that somehow Sixth Sense was going to be tied into to this timeline somehow. An alternate universe perhaps – one where Bruce Willis’ character was the only survivor of a train crash…. And suddenly, we were going to have a HOLY WTF moment where all of Shyamalan’s movies somehow fit together in a larger universe that he’s created – making us all question our former opinions on some of the more painful films… After Earth, The Happening, etc…

I was wrong. So I won’t continue my narrative here. Clearly, I recommend rewatching Unbreakable before watching Glass, so you don’t find yourself going down similar rabbit holes. But picture a film in which my theory had played out – your mind would be blown, wouldn’t it?

Back to the review, Glass was an incredibly unorganized film that just didn’t know when to end (though it had multiple opportunities to end before it did – all of which would have made for a slightly better film). The incredibly long setup of the first half and the never-ending second half are so bloated that the ultimate climax of the film gets lost behind scenes where Shyamalan feels that he has to spell out to the audience every little thing that is happening – and how this is a comic-book movie.

We get it Shyamalan, there are like nine comic-book movies coming out this year. The mass movie-going public is fully aware of superheroes and the general redemption arc type plot.

Overall, I’m just disappointed. Despite early reviews echoing that this wasn’t the satisfying conclusion we were hoping for, I had still held out hope that I was going to be pleasantly surprised. To end things on a positive note, this isn’t as bad as After Earth, and it’s definitely better than The Happening – though my statements there are setting a really low bar for this film to clear. I will say that James McAvoy continues to do an incredible job here as he plays 10 out of 24 different characters all trapped inside the body of Kevin Wendell Crumb. Such an effortless transition between vastly different personalities has me wanting to see McAvoy on Broadway in a leading role. Well done sir, well done.

I just can’t say the same for Shyamalan.