Netflix has finally released the Altered Carbon Season 2 trailer! And we have so many questions! Of course, Takeshi Kovacs is returning to our screens, but not quite the way we remember him (Season 1’s Joel Kinnaman is out – and Anthony Mackie is in).

We’ve been looking forward to this teaser since Netflix recently announced the season 2 premiere of Altered Carbon, last week. Check out the new trailer – and Kovacs’ new “sleeve” below!

The teaser doesn’t give us too much information. It opens with Anthony Mackie and states “this is a ghost story”. The series will pick up 30 years after where the first season ended. And Takeshi will still be investigating a series of murders while also searching for his past love – Quellcrist Falconer (played by Renée Elise Goldsberry). 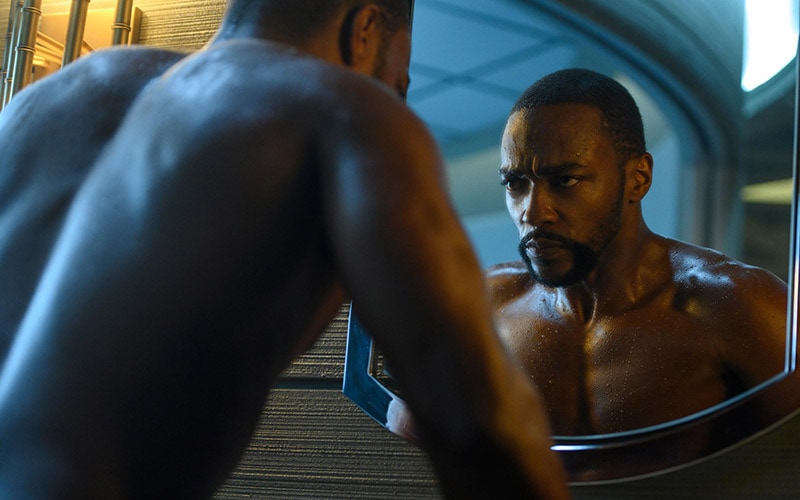 Altered Carbon Season 2 photo stills showcase the series’ newcomers Luke Cage actor Simone Missick as Trepp and Lela Loren (from Power) as Danica Harland. Torben Liebrecht (as Colonel Ivan Carrera) and Dina Shihabi (as Dig) are also joining the series. And Will Yun Lee and James Saito will recur throughout Season 2, as well as Chris Conner who is Takeshi’s AI partner, Poe.

While we still have more questions than answers after seeing the trailer and these newly released photots, we are even more excited for February 27, which is when Season 2 will premiere on Netflix. In the meantime, head to Netflix and start rewatching season 1.

What are you hoping to see in Season 2 of Altered Carbon? Let us know in the comments below.