In a few short hours, Netflix is debuting a new comic book turned streaming series – Locke & Key. Although the project took a few years to develop fully, Locke & Key finally found its place at Netflix, and the dark fantasy series is finally releasing! If you haven’t heard of the show yet, here’s your preview! (Fingers crossed – the series has Carlton Cuse as showrunner!)

What is Locke & Key?

The original story comes from a comic book series written by Joe Hill and illustrated by Gabriel Rodriguez. The plot follows the Locke family as they move across the country to their ancestral home. The family is hoping to get a fresh start after the murder of their father. Although they see this as a place to recover, they come across some rather intriguing mysteries in the house.

Their New England mansion is full of peculiar keys, and the series follows them as they uncover the mysteries that accompany those keys. The show will follow siblings Tyler (Connor Jessup), Kinsey (Emilia Jones), and Bode (Jackson Robert Scott) as they take on their new school and their attempts to figure out the powers of the magical keys. However, the siblings aren’t the only ones who know about the mysterious keys. A demon named Dodge (Laysla De Oliveira) is after them as well, and it is attempting to possess the family. 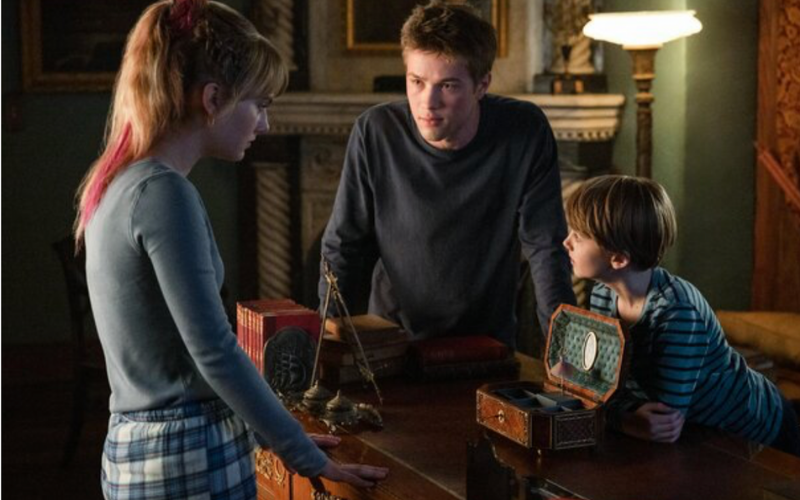 The comics first debuted back in 2008. And Cuse states that he’s been a fan of the comics for a while now. Cuse and co-showrunner Meredith Averill are working with Joe Hill and Gabriel Rodriguez, as well as Netflix executives, to get the creatives just right. (As die-hard fans, we thank you, Cuse.)

What Can You Expect when Locke & Key Premieres?

Initially, a Hulu pilot episode was in the works with a very different background than what we will see with the Netflix series. The show went from more of a comedy to something a bit darker, which honestly, has us much more excited.

The keys are one of the main storylines for the show. Each key brings a different power to the table and creates a unique story. There’s the Ghost Key, the Anywhere key, and Cuse’s favorite – the Matchstick Key.

“The Matchstick Key was one we loved because we knew it would be so visceral on screen. The idea of this key that could spontaneously ignite anything.” says Cuse in his Entertainment Weekly interview. 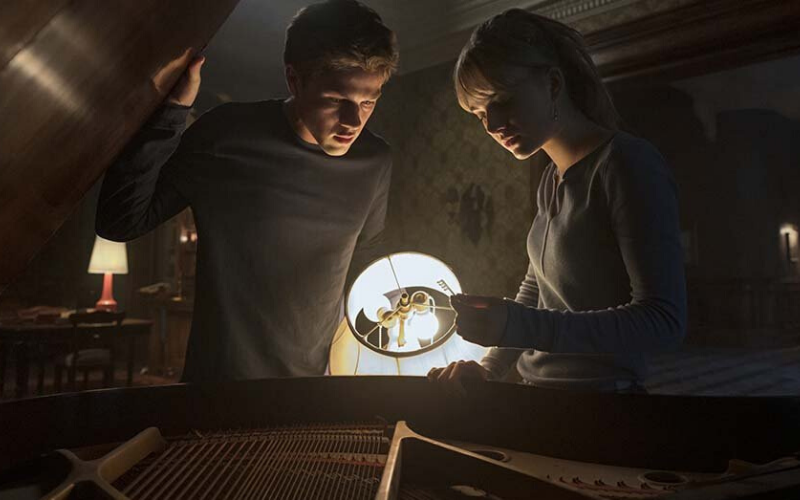 Although there’s a lot of magic involved, Locke & Key will also be relatable. Sibling relationships, high school, and everything that comes with it (not to mention relocating to a new town). Not only will you be able to dive into a world of the magical, but you’ll be able to connect and relate to the characters on some levels, as well.

“One of the big creative challenges in the show was balancing all the elements. The patriarch of the family is murdered, and there’s the mystery of what exactly happened and why. Then there’s a story about the family relocating to a new town and all the teen drama that ensues; then there are the relationships between the brothers and sister, then there’s their relationship with magic. There’s a lot of different things going on.” Cuse explained in his interview with EW.

If you are looking for a new binge-worthy, dark fantasy with some lighter elements to it, then get ready! Locke & Key premieres on February 7th on Netflix, so cancel your Friday night plans and get your ice cream, because this is one show you won’t be able to stop binging.

Did you read the comics? What are you expecting from the series? Let us know what you are most excited about in the comments below!