We’ve got a new giveaway! We have TWO lobby cards for To Your Last Death signed by William Shatner, Dani Lennon, and others in the cast and crew – as well as a paperback version of the novelization! 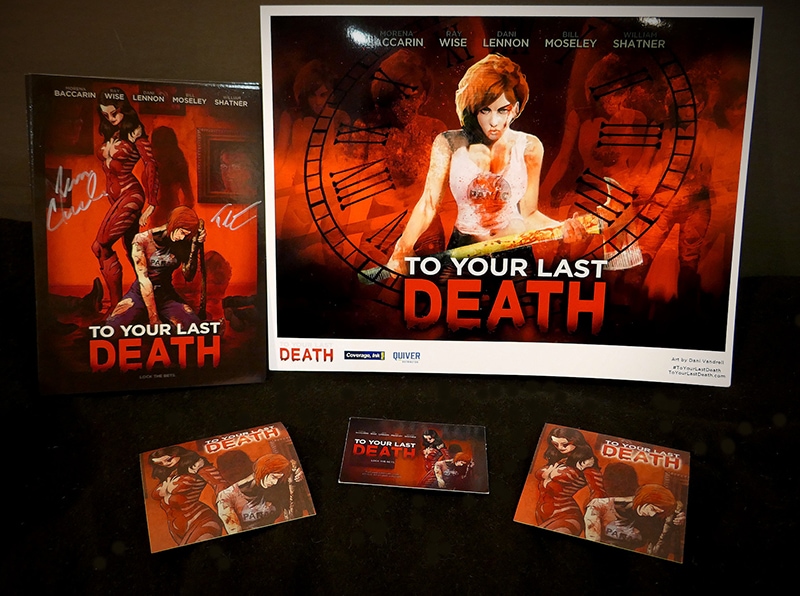 Win Our To Your Last Death Contest

Want to win a prize pack of To Your Last Death goodies? Here’s all you have to do:

Good luck!! We’ll be pulling 2 winners at random from the comment section at the end of next week (3/20)!

About To Your Last Death

After emerging as the sole survivor in a deadly revenge game set up by her father to punish his children, Miriam receives an offer from a supernatural entity to go back in time and try again. Now, Miriam must survive both her father’s blood lust and the Gamemaster’s ever-changing rules to save her siblings as she relives the worst night of her life.