R-Type II recently released on iOS and Android, bringing the joy of classic shoot ‘em up fun to players on their favorite mobile devices. It certainly offers enjoyable gaming with easy touch controls and movable buttons for players to adjust to their liking (I play on the iPad Mini). Each level proves a difficult task for players to learn, using strategy and skill to avoid enemies and bullets. It’s certainly intense the entire way, though the first level does eventually lose its difficulty.

R-type II has six stages to play, five which need to be unlocked by defeating the previous stage’s boss. There is also an insane mode to unlock too for those who would like an even bigger challenge. Players begin each stage with five lives which should be used for strategy purposes as well. 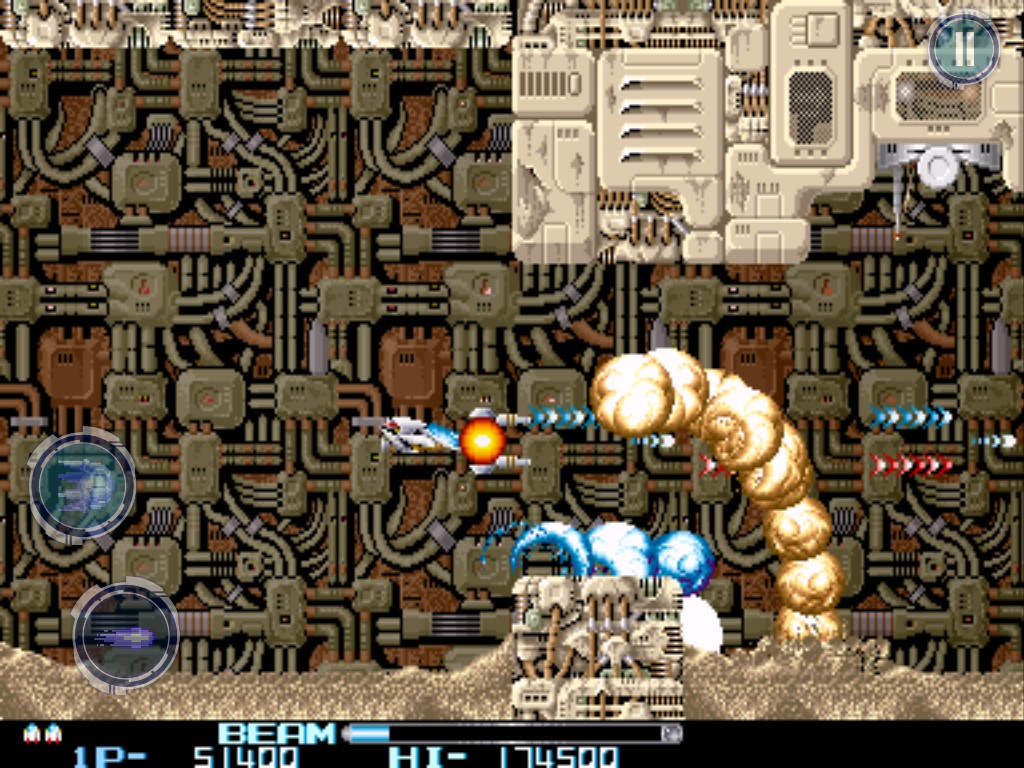 I landed a top five score on the leaderboards, which is pretty much thanks to one good run. However, because I know how difficult things get by the third stage, I purposely die at a specific spot in the first level multiple times so that it would send me back to the beginning. By doing this, I grabbed the maximum amount of points out of that level.

I can easily beat the first two stages without dying, but the third stage gets me every time, especially when I lose my fully charged weapons by dying in that level. Normally if you beat the first stage without dying, players should get around 40,000 in score. Well, I use my strategic trick to die in that specific spot so that I have to start over. I usually like to leave one life left over for mistakes, but by dying in that right spot three or four times in the first level, I can usually walk out of the first level with around 90,000 plus. After that, I let my skill take over to get past stage two and then I hope for the best in stage three. 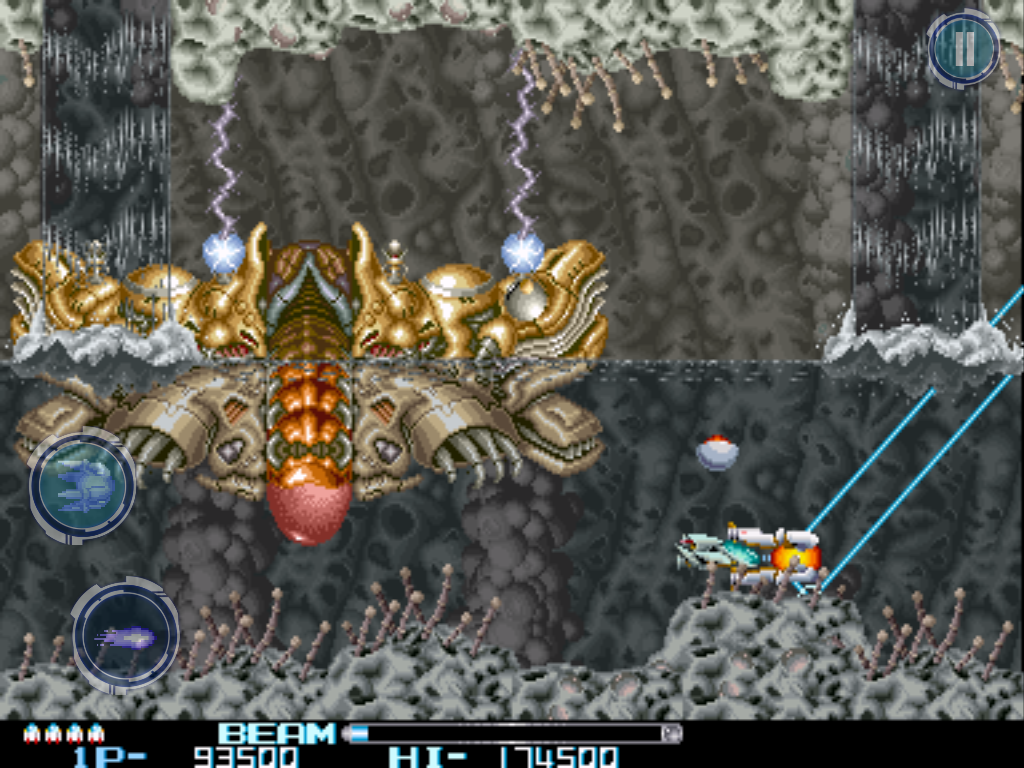 I love shooters and find so much fun in discovering ways to perfect the scoring system. Obviously, it all comes down to skill in the end, but this is a game that provides players with five lives and more to earn while playing through. Players need to use those lives wisely and then jump their way up the leaderboards.

R-Type II is a brilliant shooter that fans can enjoy on their favorite mobile device. It provides that great feeling of power when players are able to collect one power-up after the next to have a mightily powerful ship full of weapons to unleash on the enemy. It’s definitely worth the $1.99 price tag for the intense fun and replayability that it offers. Shooter fans are going to be playing time and time again to jump their way up the leaderboards. Now stop reading and go download this addictive shooter! 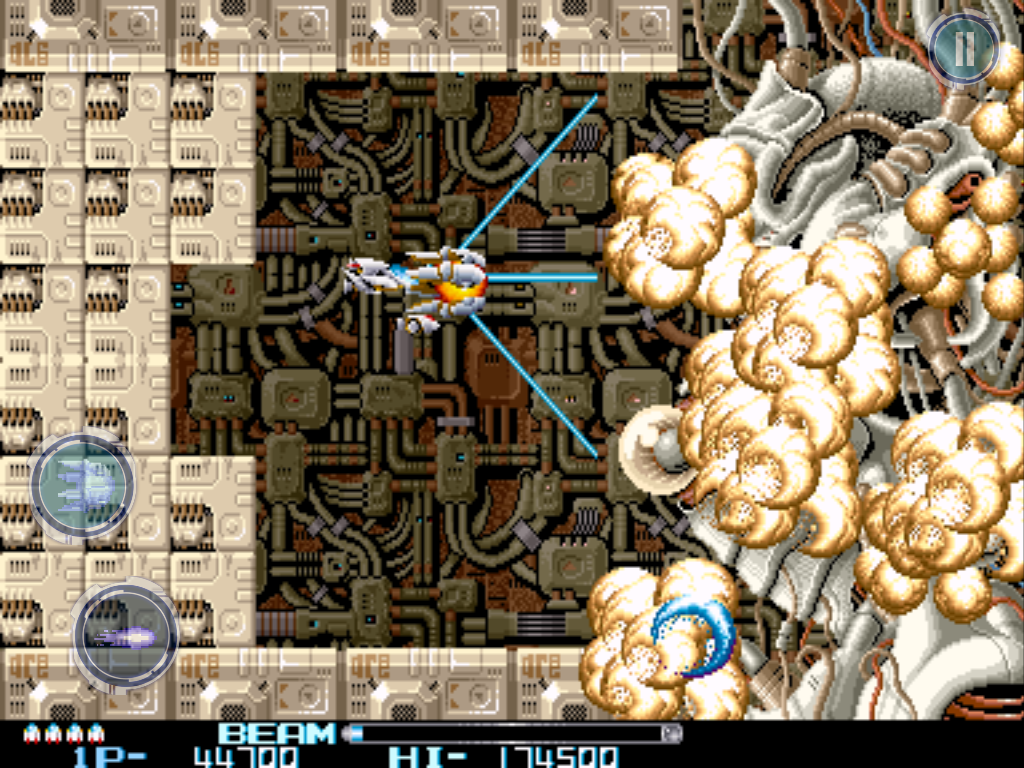 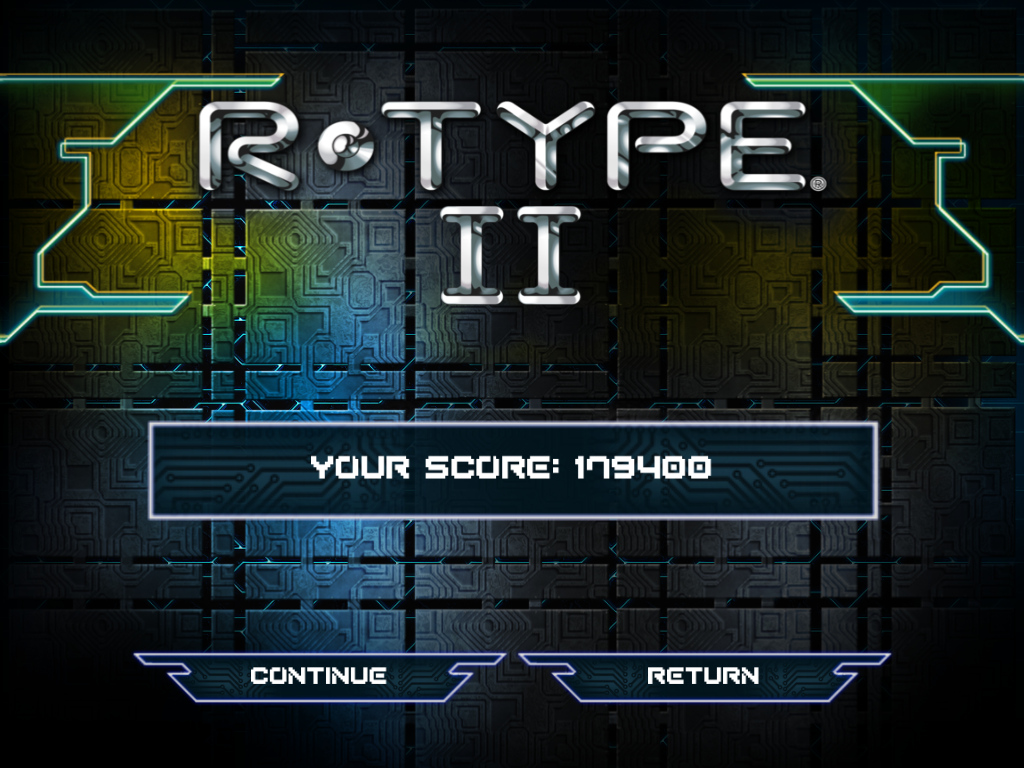