AMC Networks released YEAH! Movies, an iPad app that allows users to stream movies and learn facts during the process. It not only has facts about the movie, but also trivia and user polls as well to make the experience even more engaging.

I wasn’t too sure about it at first as I decided to watch Red in Yeah! Definition. As the movie plays, the text below goes right along with the happenings of the film. This gives a sense that viewers are not watching this movie alone. Instead, they’re watching the movie with an expert that can tell you random little facts about every single actor, point out questionable mistakes, and even tell them what type of gun the characters are using. It makes movie watching incredibly informational. 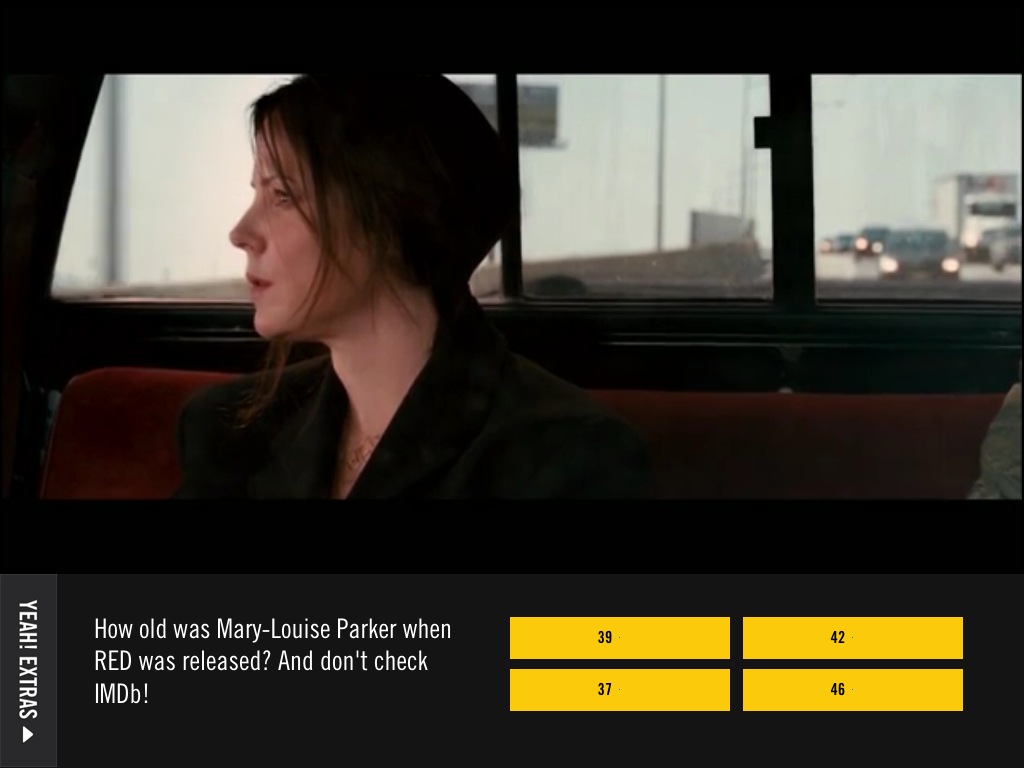 At first I struggled with paying attention to the film versus reading the informational text below. Thankfully it’s very easy to go back and read what’s missed. Since the information goes along with the film, every time a user simply slides back on the screen to see the previous text, the movie rewinds with it. It’s very easy to navigate. It does take some getting used to at first before the experience really begins to kick in.

Watching Red in Yeah! Definition gave me quotes from the cast, showing how they interacted with each other during the film and what they thought of each other. I learned a tidbit that Morgan Freeman didn’t understand the film or that his role was intended to be funny. I loved the narrator pointing out that John Malkovich said “switch the flip” instead of “flip the switch,” saying his line backwards, though it’s unknown if it was on purpose. I also liked learning about Ernest Borgnine and how he was a film legend and was 93 years old when filming Red. He certainly didn’t seem that old! 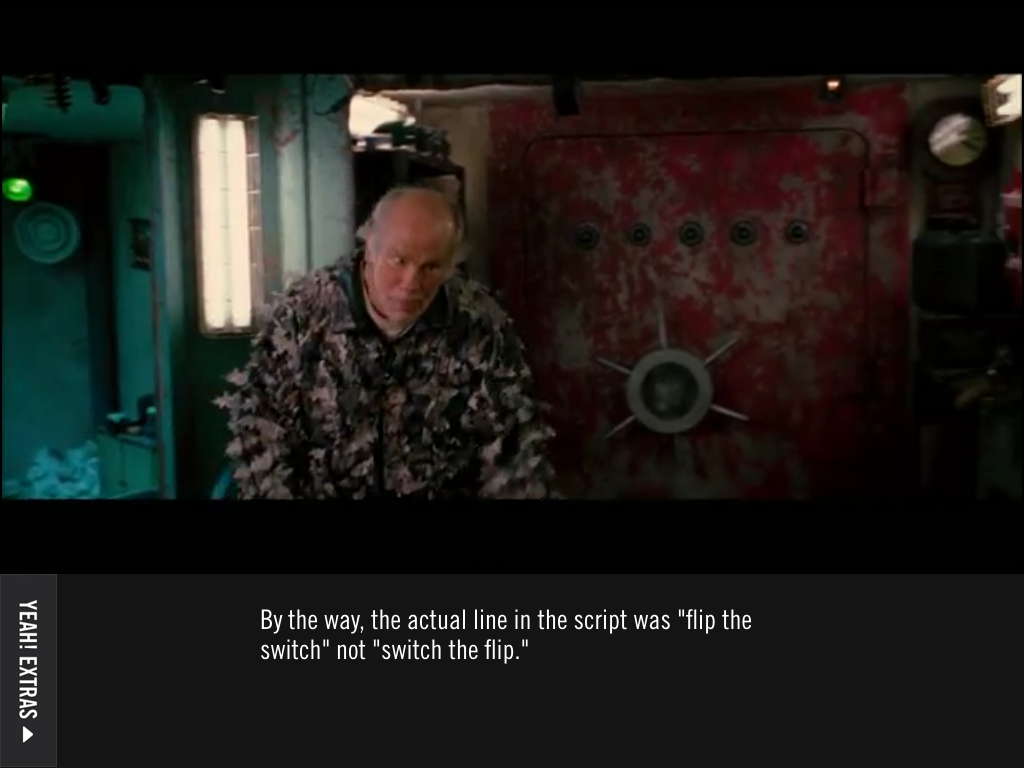 Between the facts, the polls, the trivia, and the narrator making it funny to read – it’s an awesome experience. It even lets you know what songs are being played and lets you click on the linked text to view the entire soundtrack that the song is found on. It also allows you to view an actor’s IMDB page, Wiki pages, and more. There are even interviews to pull up and watch mid-movie. Like I said, it’s a different, yet entertaining movie watching experience that allows users to learn so much more about their favorite films.

By the end of the film I felt as if I watched the entire movie with someone – a very smart someone. It’s a great experience and provides users with all types of little information that’s fun to read and look-up during the movie.

The app also has movies in basic form without the added trivia. It’s obviously not as fun that way, and users are better off with Netflix or some other service at that point. This app’s bread and butter is Yeah! Definition. Unfortunately there is only a small selection of titles available, but users should definitely give a movie a rent if they find a favorite title of theirs with the Yeah! Definition feature. It’ll provide them with a new way to enjoy one of their favorite films.

Yeah! Movies is free to download with individual movies rented out through in-app purchase. Users can also preview Yeah! Definition movies with the Yeah! Extras so they can get a good sense of how the app works. 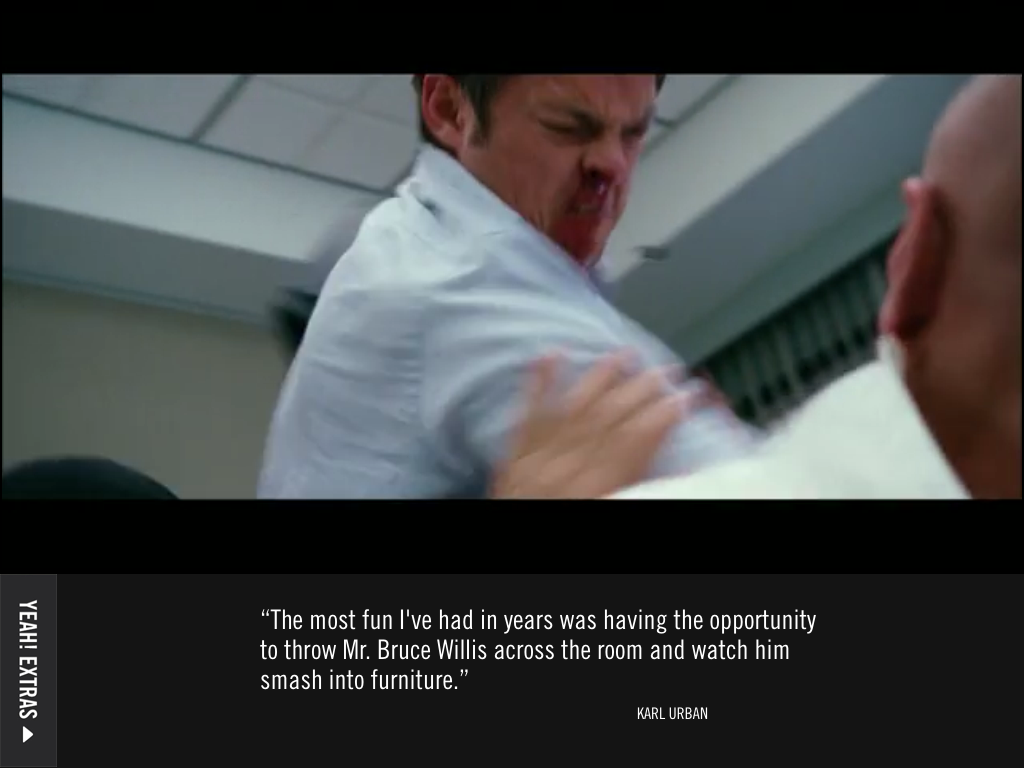 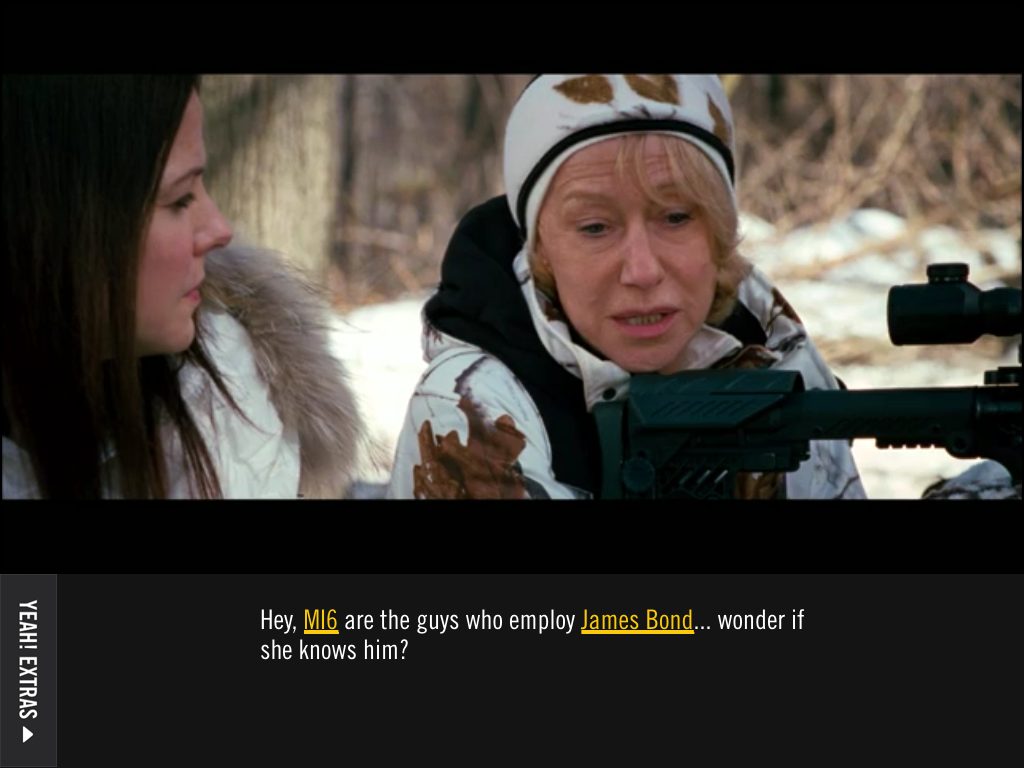