by The Jacob
in Featured, TV, TV News 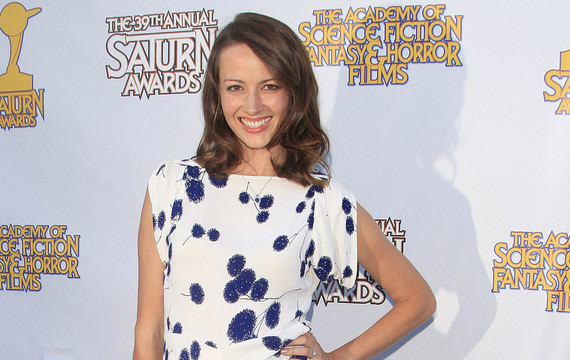 Joss Whedon regular Amy Acker (Much Ado About Nothing, Angel, Dollhouse) has joined the cast of Marvel’s Agents of S.H.I.E.L.D..

Acker will appear in at least one episode as Audrey, the cellist mentioned in The Avengers as being the love of Phil Coulson’s life. She is a talented musician in Portland and thinks Coulson is dead. She has no idea he’s protecting her from a distance as a super-powered threat from her past returns. Her character was mentioned earlier this season when Raini tried to upset Coulson by saying she cried for days after his death.

Acker will appear in the episode that airs on April 22. The series returns on April 1 at 8/7c on ABC.

Amy Acker to Guest on Agents of S.H.I.E.L.D. Related Articles

Dark Souls II - Thank You Sir, May I Have Another?