Let’s be honest here: Hive doesn’t really look like much. It’s just some hexagonal tiles with bugs on them. And yet it’s won several awards and is usually a staple at most game nights. But why? What is it about this incredibly simple-looking game that makes it so appealing? To truly understand you’ll need to play it for yourself, but Hive Pocket is a fantastic way to do just that.

The key difference between Hive Pocket and Hive is size. The pieces for Hive Pocket are noticeably smaller, which makes the game a lot easier to carry along as well as significantly lighter. The set comes with a nice little drawstring pouch to carry everything in, a set of instructions (which you won’t need after the first game, honestly), and durable bug tiles that make a pleasing *clack* when you move them around. Although it should also be pointed out that Hive Pocket also includes the Mosquito and Ladybug expansion tiles, and carries a very affordable price tag. 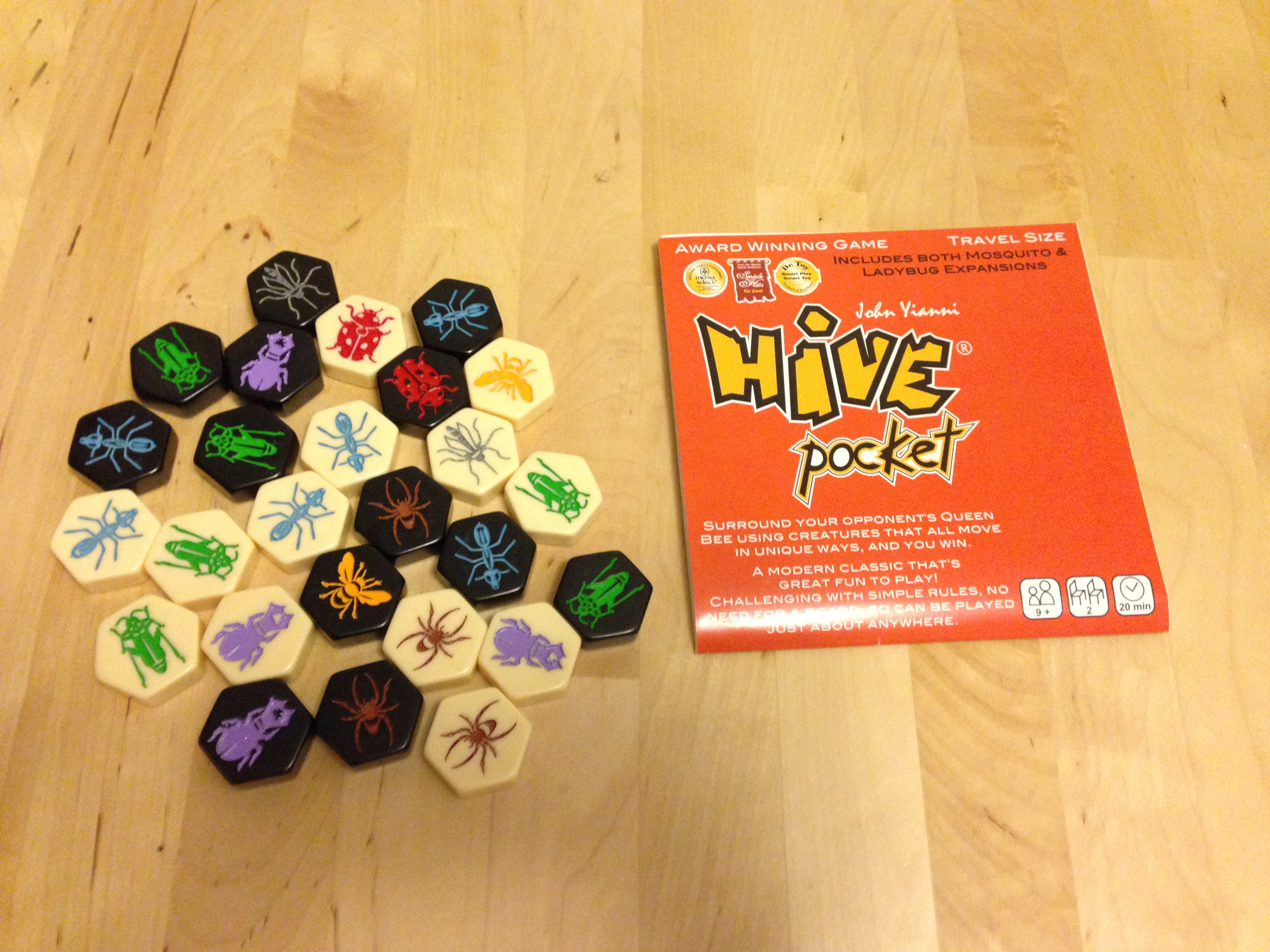 Playing Hive Pocket is almost as easy as toting it around. Each hexagonal tile has a different movement pattern depending on the insect – grasshoppers leap other pieces in a straight line, beetles can only move one space but can climb up on top of other pieces, and so on. The trick is to place and move your tiles in such a way as to completely box-in your opponent’s queen bee. It’s basically like a freeform hybrid of Chess and Checkers with an ever-changing playing field and without the need for a board, which is exactly why having a portable version is so cool. You can easily carry it with you, and immediately start playing whenever you find a flat surface and someone who’s willing to throw down.

Hive Pocket plays fast, can go just about anywhere, is super-easy to learn, incredibly difficult to master, and is one of the most elegantly simple two player strategy games available today. If you’ve never played it, play it. If you have played it but don’t own it, then perhaps consider an affordable and portable version that comes with two expansions right out of the bag. 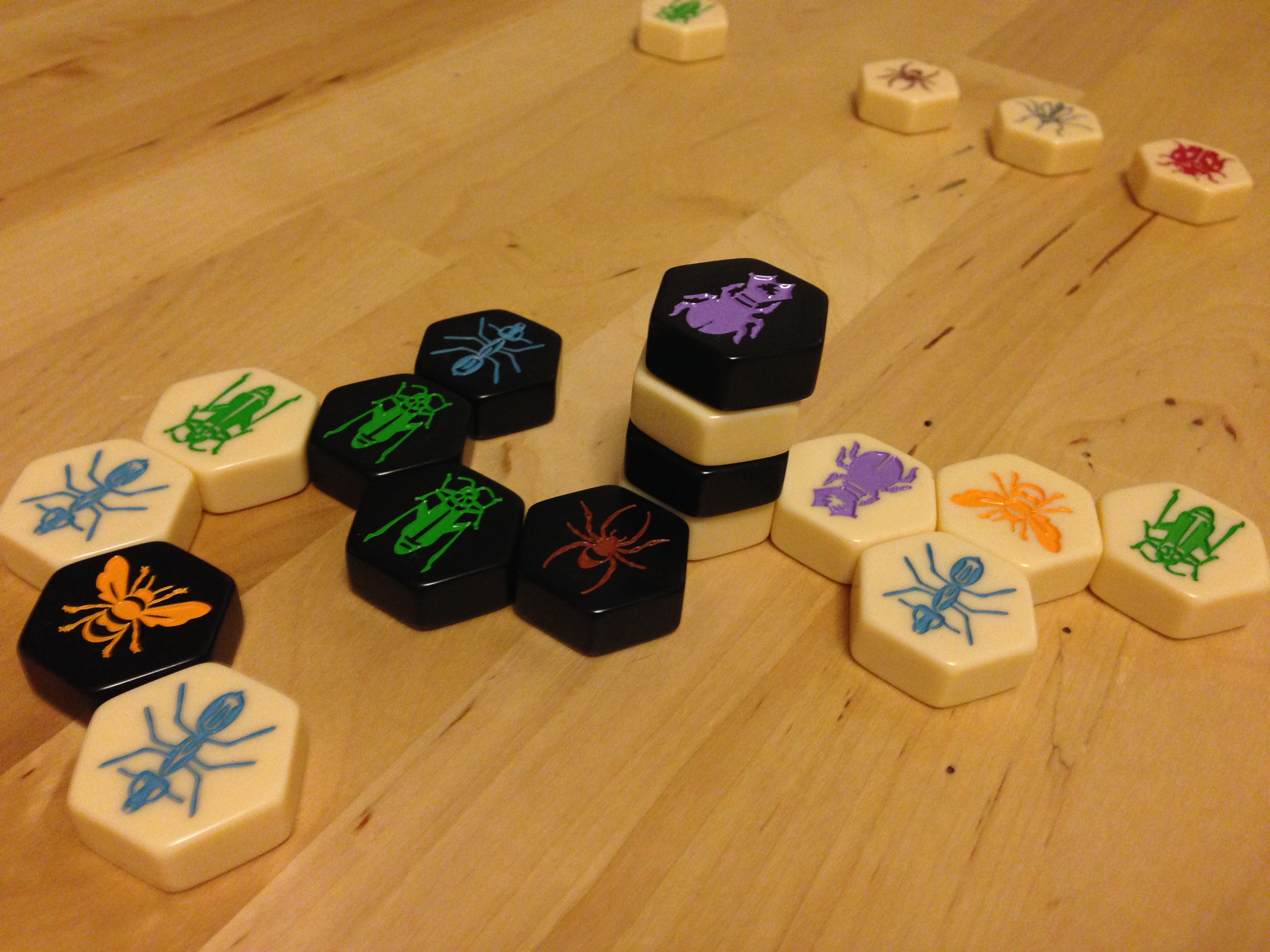