‘Rio’ and ‘Alvin and the Chipmunks: Chipwrecked’ Musicals in Development 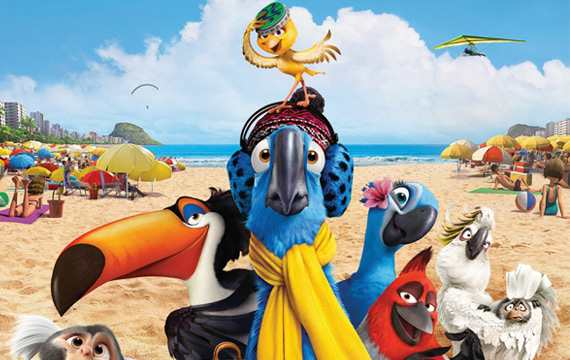 Two animated films, Rio and Alvin and the Chipmunks: Chipwrecked, being developed for the stage by producers of Spiderman: Turn Off the Dark.

The beleaguered superhero musical’s lead producers, Michael Cohl and Jeremiah J. Harris, are setting their sights on two new projects which will transform the hit films into musicals.

Cohl and Harris tell the New York Times they are hoping to open Rio, based on the 2011 film about two blue macaws falling in love, in the titular city of Rio de Janeiro, Brazil, in time to coincide with the 2016 Summer Olympics.

If the run proves successful, they are hoping to bring the production to Broadway.

As for Chipwrecked, the producing duo is developing a live stage show about the trio of musical chipmunks, and a tour of theatres across the U.S. is expected next spring.

Cohl and Harris also revealed they have nixed plans to bring Spider-Man: Turn Off the Dark to Las Vegas, and instead are focusing on an arena tour, which is expected to open late 2015 or early 2016.

Cohl says in a statement, “Las Vegas was never a done deal; it’s simply a market that we were exploring – among other possibilities – and still are. Our favorite possibility for the future life of Spider-Man: Turn Off the Dark always has been the arena tour, and we are thrilled that it has materialized.”

The musical, which features a score by U2 stars Bono and The Edge, ended its three-year run in January. The show was troubled with months of delays and setbacks, including the exit of director/writer Julie Taymor, a number of injuries sustained by cast members, and a ballooning budget which made it the most expensive Broadway production of all time at $75 million.

Tags: Alvin and the Chipmunks: ChipwreckedRioSpiderman: Turn Off the Dark