The core idea behind Dungeoneer is intriguing: two players explore a dungeon together, with both acting as the hero and the villain. The problem is that in practice it’s just not very fun.

The core set of Dungeoneer (for this review it’s the Tomb of the Lich Lord set) includes lots and lots of cards: heroes, monsters, equipment, traps, spells, curses, dungeon rooms, and quests. If it’s the sort of thing you’d associate with a dungeon, chances are it’s present in card form. Even the character tokens are cards, although you’ll have to manually cut them our and fold them. Although unfortunately the game doesn’t come with counters, which are pretty essential, so you’ll have to figure something out on your own. 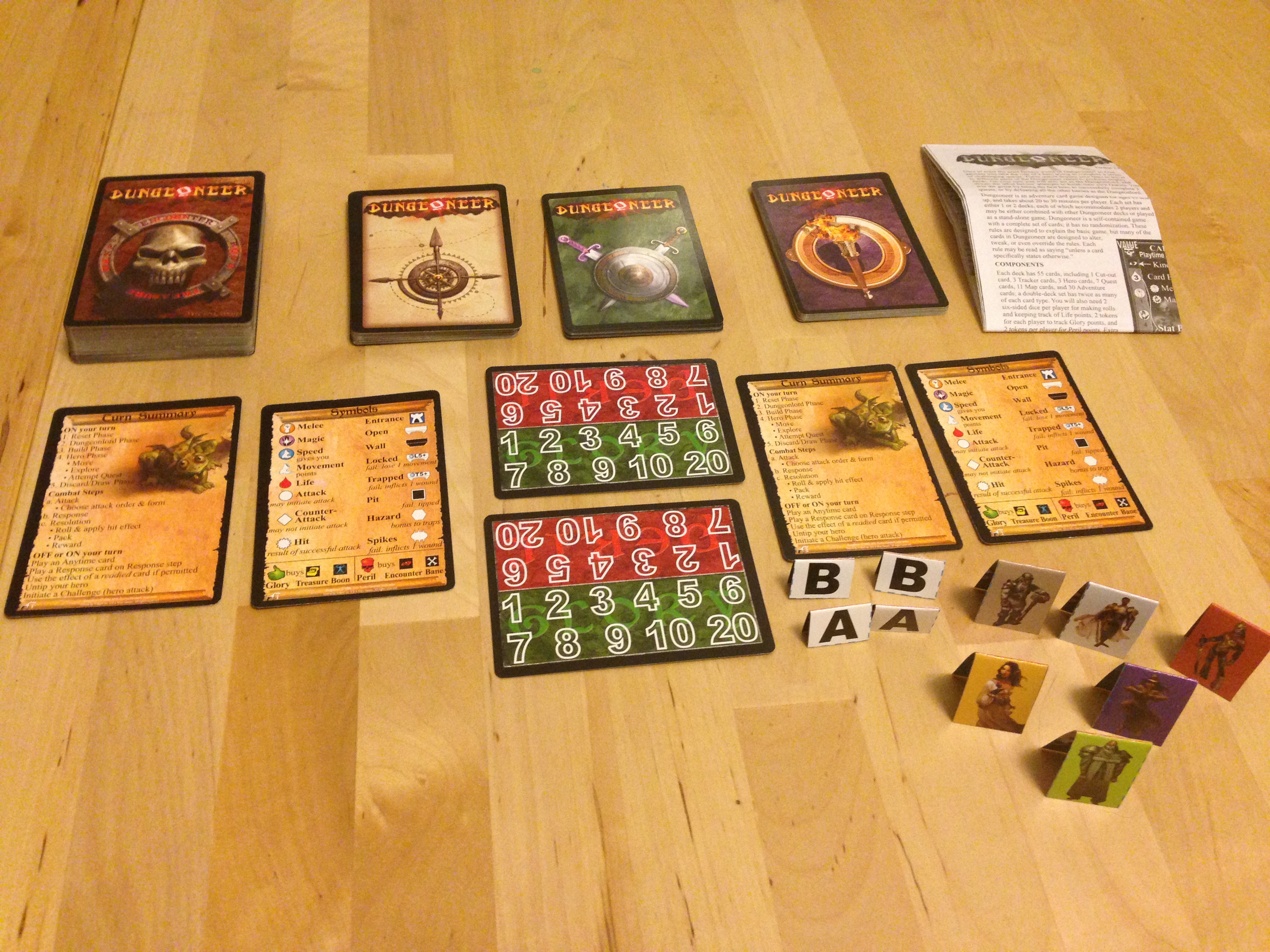 After the initial set-up (place the dungeon entrance, randomly draw four adjoining rooms, select a character, assign quests), players will take turns acting as both their own hero and as the villain to the other players. This works by using an interesting system of points (both good and bad) that players will use to activate cards.

You see, as players explore different rooms they’ll accrue points that can be used to activate equipment or spell cards from their hand. They’ll also accrue points that other players can use to activate their own nasty cards like monsters and traps. That’s the trade-off in Dungeoneer: the more you explore, the easier it’s going to be for other players to do very bad things to you. Of course on your turn you can turn right around and do nasty stuff to your opponents – assuming they have enough bad juju build up. 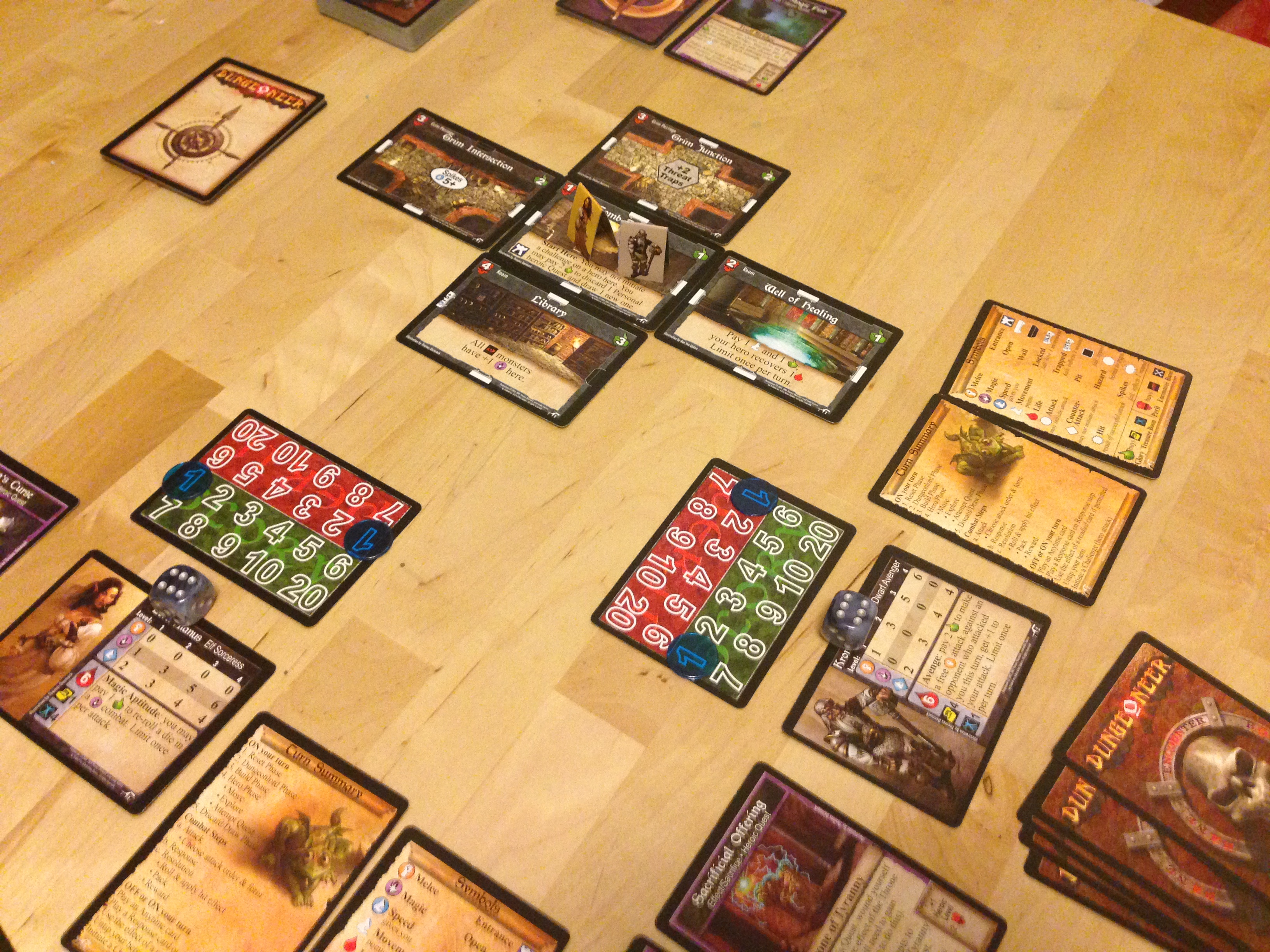 The ultimate goal is to level-up your hero by defeating monsters and completing quests faster than anyone else. Or just using your insidious bad guy cards to murder everybody else. That works, too. It all sounds incredibly fascinating, and it is at first, but after a couple of rounds it loses its luster.

The problem with Dungeoneer is that the amount of entertainment you get out of it is dependent on both someone else and simple luck. If you only draw dungeon lord cards, your hero will have a really tough time of it. If you only draw hero cards, you won’t be able to do much to stop other players. If your opponent (or opponents) are too aggressive with their own dungeon lord cards things will feel one-sided, but if they aren’t aggressive enough it won’t be a challenge. 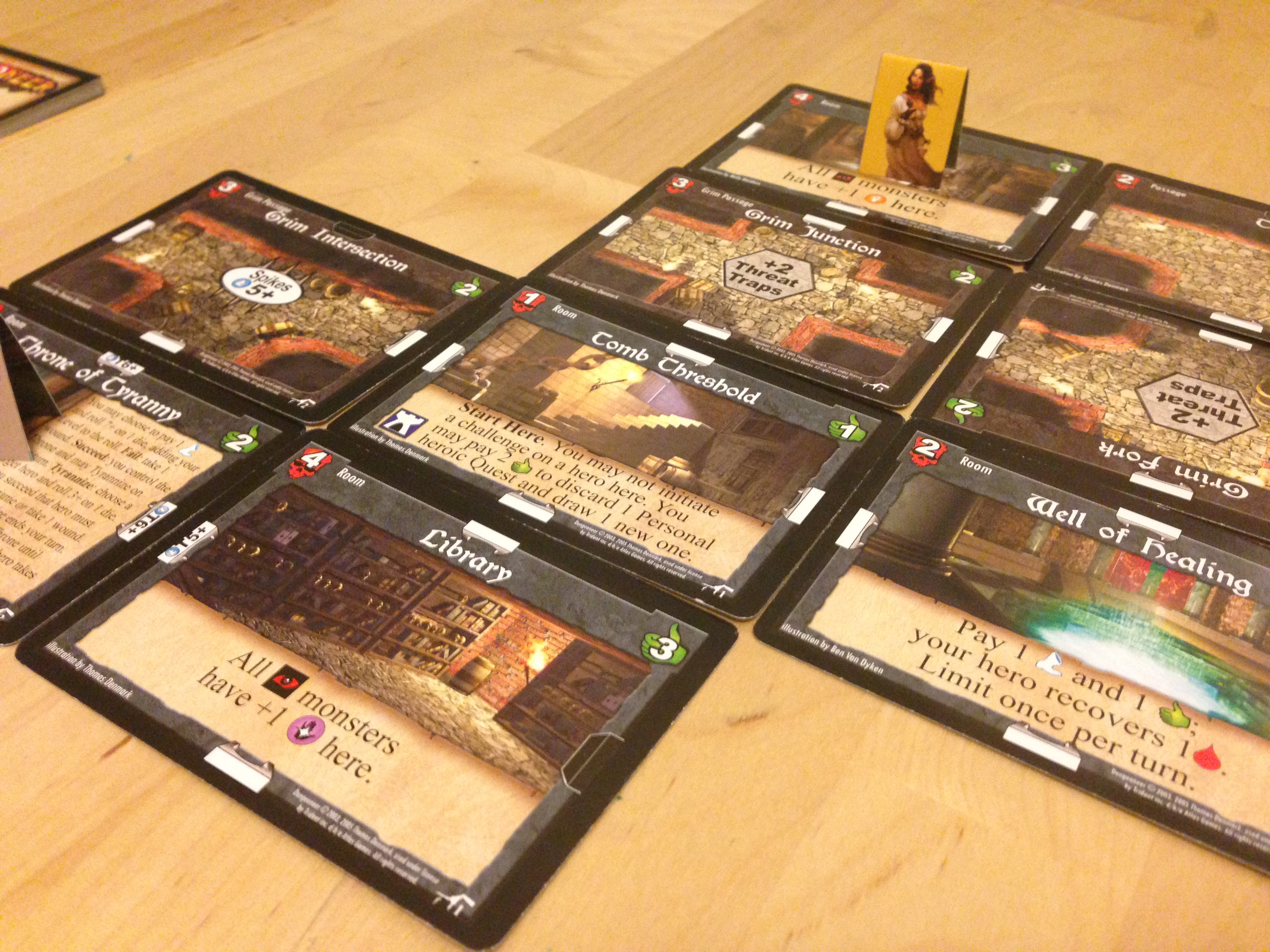 Coming back from the brink of destruction is also virtually impossible thanks to the sheer amount of peril in every single room in the dungeon. You’ll build up nasty points a whole lot faster than helpful points, which means there’s a good chance you’ll find yourself facing down an army of undead monsters before you can save up what you need to use a healing potion. Assuming you even have a healing potion in the first place. And even then, it won’t heal much.

I see an incredible amount of promise in Dungeoneer, and I’m admittedly anxious to try the official solo rules that oddly weren’t included in the box, but as a two or more player affair it’s just not much fun.

Dungeoneer: Tomb of the Lich Lord Review - Tough to Love