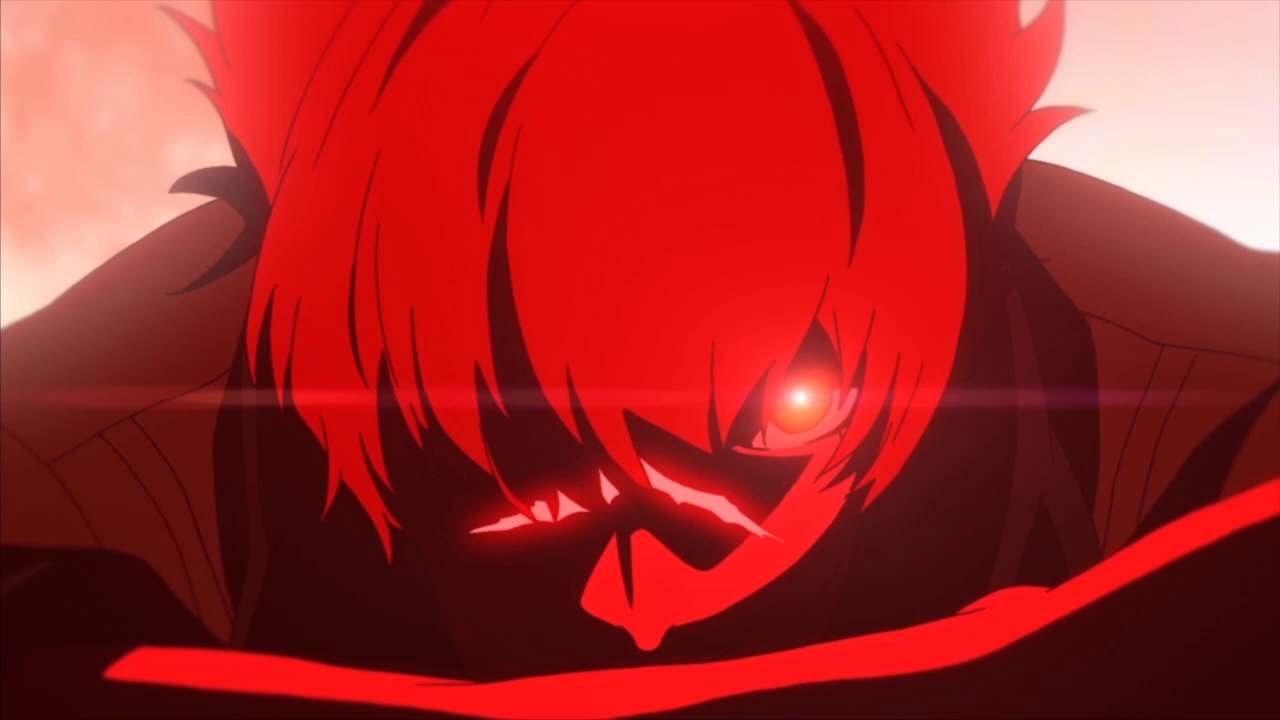 With just weeks away from release, Atlus has put out five more trailers for the upcoming US release of Persona 4 Arena Ultimax. Like in the usual trailer updates, three characters get their spotlight, but this time two extra trailers come along. One serves to tease some of the story. Inaba is covered in a strange red fog, the Shadow Operatives have been captured, and the mysterious Sho Minazuki makes his presence known. It’s clear that there’s a lot of trouble afoot, but just what else is in store for Yu Narukami and the Investigation Team?

Up next come the three character trailers in this batch. The two have already shared a trailer before, but now Adachi and Marie each have their own videos like the rest of the roster so far. Both of their trailers show off some new stuff that wasn’t in their original combined trailer. On the other hand, Shin Megami Tensei: Persona 3‘s Anti-Shadow Suppression Weapon, Aigis, gets her first American trailer for Ultimax in this update. Aigis is armed to the teeth with various weapons and can send her Persona, Pallas Athena, to brace itself and launch a counterhit should the opponent try to attack it. However, Aigis also has a very special mechanic called Orgia Mode. This mode greatly accelerates her speed and increases her mobility, and even gains new attacks on her own and with Athena. In the right hands, an Aigis in Orgia Mode is a scary sight for sure. As with trailers for all characters with a Shadow mode, you can get a sneak peak of Aigis’ at the end of her video. Adachi and Marie are both going to be free DLC for Ultimax‘s first week of release, while Aigis is a part of the roster from the moment you boot the game up as a standard character.

Finally, a fifth trailer briefly goes over three of the new system mechanics introduced in Persona 4 Arena Ultimax that weren’t in its predecessor. The first of these is about the Shadow characters. While they don’t have a burst to help them get out of tight spots like normal characters have, Shadow type fighters have a special mode known as Shadow Frenzy, where they can pull off combos that normally aren’t possible. This mode grants players the ability to cancel moves that normally can’t be connected for devastating results, and supers require less meter in this mode. Shadows also have a few other differences not exactly covered in the video, such as slightly larger health, slightly less overall damage, and no Awakening Mode defense boost. Shadow characters should only use meter outside of Frenzy mode if it’s absolutely vital, as you need a full 100% bar to activate the mode. The second featured mechanic is the SP Skill Boost. While super moves normally cost 50 meter to use, those who feel like paying a little more can get some extra power out of their attack. To the big spenders who choose to pay the additional meter will add more damage or new properties to their super attacks. Finally, the trailer showcases the S Hold system, which allows players to hold down the A button to charge up a special or super move, and activate it upon releasing the button, allowing for some unique approaches to neutral play. The trailer showcasing all of these functions can be seen below. Players will be able to return to the arena when Persona 4 Arena Ultimax releases on September 30th.