I’m a huge fan of Audio-Technica’s headphones due to their lovely sound quality, so you can only imagine how excited I was to learn about its ATH-ADG1 Premium Gaming Headset for PC.

First of all the ATH-ADG1 headphones produce the same quality sound that is found in Audio-Technica’s regular headphones, whether users are listening to their favorite melodies or explosions from the latest action game. No matter what the use, these headphones give out smooth sounds on all levels of listening from the heavier sounds to the light ambient noises.

The headset comes with a USB connector that allows the headphones to get more power for bass, though they sound just fine without the connector. However, that doesn’t mean listeners shouldn’t use the USB connector as there is a noticeable difference in the power of the sound when plugged in. I certainly recommend using it.

The ATH-ADG1 Premium Gaming Headset from Audio-Technica is exactly that, a premium gaming headset, so it does come at a higher price of $299.99. The high cost is for its enhanced sound quality which produces the best sound I’ve heard from a gaming classified headset. 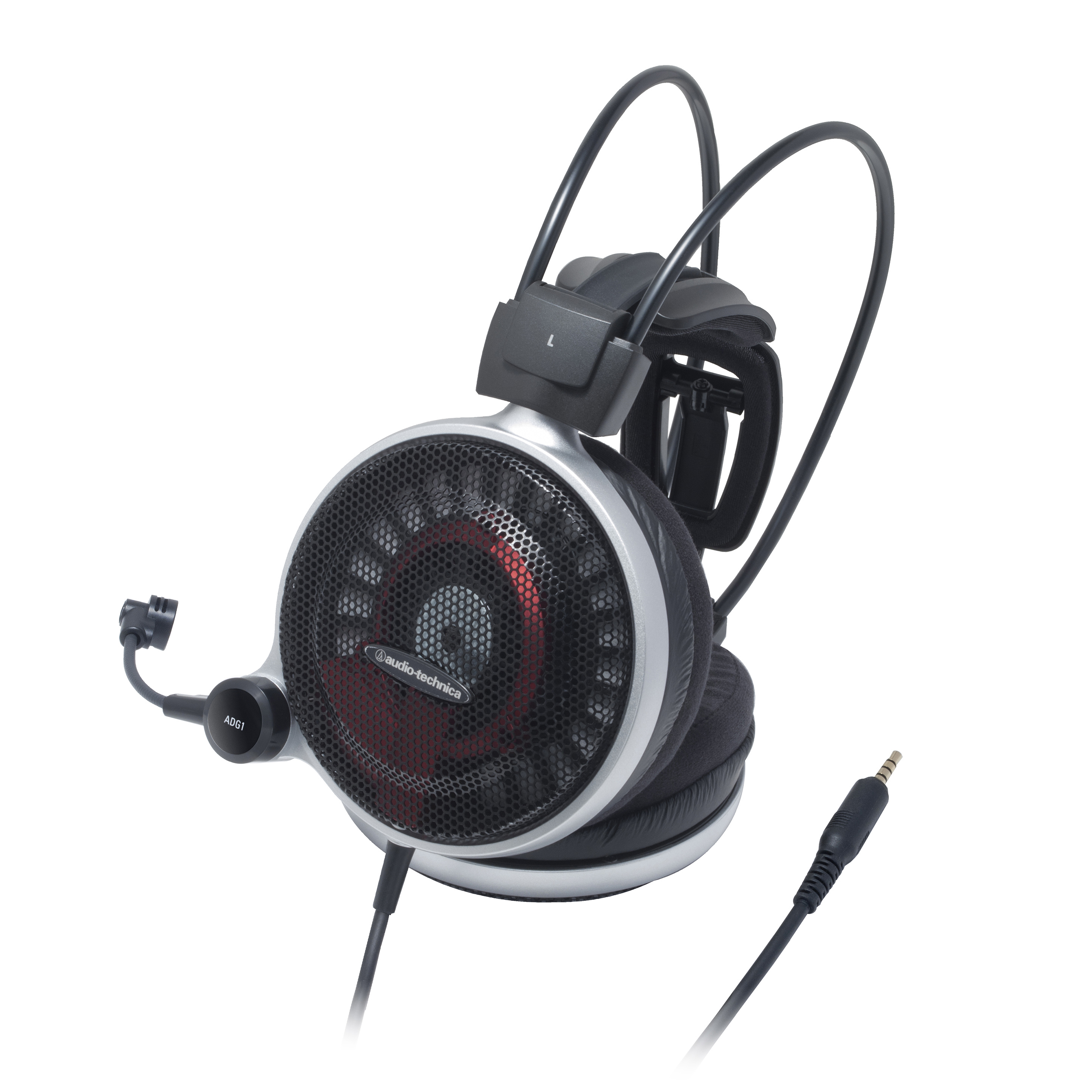 Users can turn up the sound all the way and hear every bit of noise in the clearest quality which is great for when the details of sound really matter. Explosions are heard clearly and are not over embellished with that awful distorted sound that can be found in some of the lower quality and cheaper headphones. The sound quality difference between the ATH-ADG1 and other gaming specific headsets is significant. Turn them up and be amazed!

The one feature that took me a long time to get used to is that these headphones basically float on the user’s head. At first when trying them out they would feel as if they were going to fall off of my head as they don’t have the typical head band. Instead, it features a one size fits all style of head band that seemingly “catches” the user’s head as they put them on. It also has large pads that softly grab the ears leading to a highly comfortable fit for consecutive hours of gaming. These headphones are very light weight due to being constructed of mostly plastic components. This doesn’t seem like the most durable option for the long run, so extra care is advised.

The ATH-ADG1 headset does not come with a detachable microphone like we see with a lot of the other gaming headsets out there, a feature I like having on my headsets. However, it’s a very small microphone and stays mostly out of sight so this isn’t a significant issue. I still use these headphones for everything I do at my computer, whether I’m using the microphone or not. It’s a good mic as well, and I find it great for speaking while either recording videos or doing streams on Twitch. It clearly captures the user’s voice.

Audio-Technica’s ATH-ADG1 Premium Gaming Headset is a premium option for anyone looking to spend money on high quality sound for PC gaming or everyday PC use. The high price is for the excellent sound which is this headset’s best feature by far.