A ‘Rocky Horror Picture Show’ Remake Is Headed Our Way 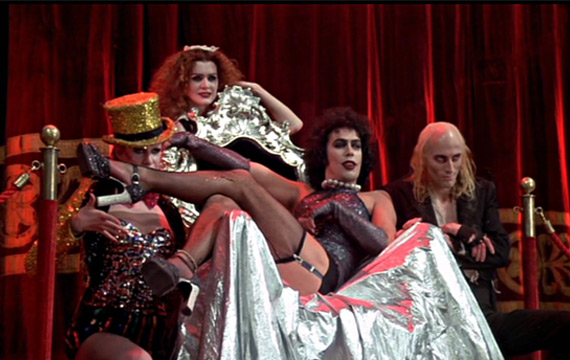 The latest news in the world of remakes is sure to have a mixed reaction from fans. The Rocky Horror Picture Show is approaching its 40th anniversary, so naturally that makes it the latest project to be eyed for a remake.

Deadline is reporting that the two-hour event special, tentatively titled The Rocky Horror Picture Show Event, can be described as a “reimagining of the campy horror feature, which, 40 years after its release continues to play in theaters around the world – the longest theatrical distribution frame for any film in history.”

The original film, released in 1975, starred Tim Curry, Susan Sarandon and Barry Bostwick and spurred a huge cult following that lives on to this day.

What say you fandom? Has Hollywood gone too far yet? Are you excited about the prospect of a Rocky Horror remake? Who do you think should play the sweet transvestite? Let us know in the comments below!

Should 'The Vampire Diaries' Continue Without Nina Dobrev?