This year marks the 25th year of Halloween Horror Nights at Universal Studios in Orlando. I had the opportunity to fly down and check out everything they put together for this year, and as always I was floored at the massive size of the event and also the amount of detail that went into everything. 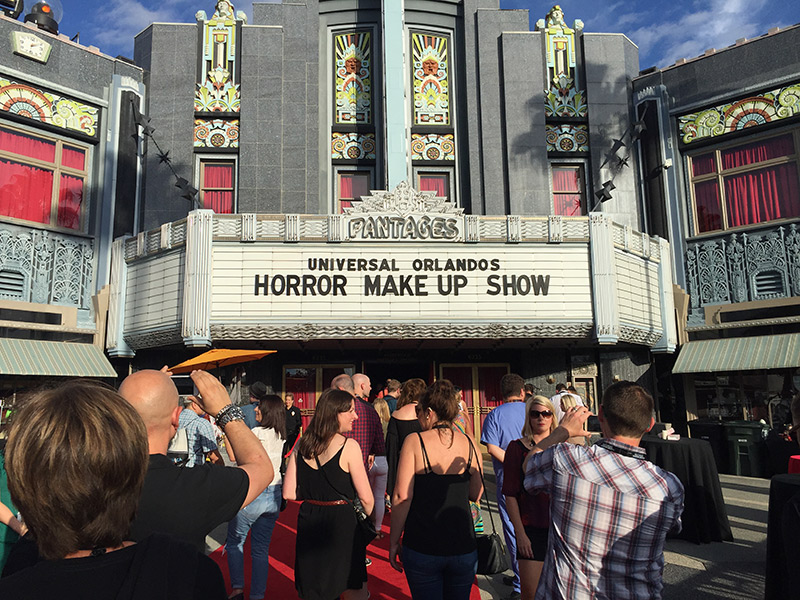 Our evening started out with tasty food and delicious drinks. Then we were escorted into the theater for a Q/A with the masterminds for the event, as well as a few special guests including John Landis, Greg Nicotero, and Chandler Riggs. If you follow me on Periscope, you got to see the whole Q/A live, but in case you missed it, Universal Studios put together this amazing video.

“I couldn’t be more delighted to continue and expand ‘The Walking Dead’ universe with Universal Studios Hollywood and Universal Orlando than by having fans experience some of the most harrowing and suspenseful moments of our show,” said Greg Nicotero, executive producer and special effects makeup supervisor for The Walking Dead. “Halloween Horror Nights is the gold standard to which all other Halloween-themed events try to emulate, so to bring authentic walkers to this event, alongside other horror greats, is the ultimate thrill.” 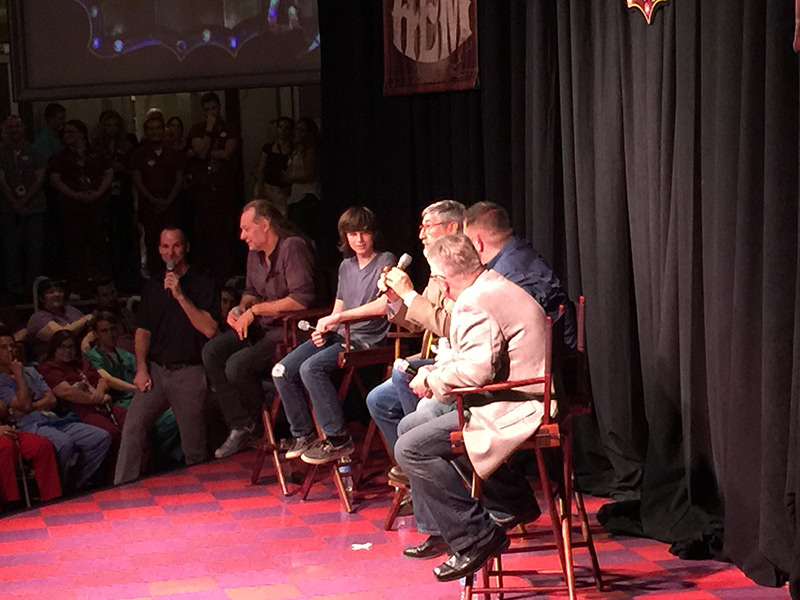 Chandler Riggs had just flown in from Atlanta to be able to attend the event and check out The Walking Dead haunted house. He commented on it saying, “I think it’s awesome. The detail that goes into creating these environments, it’s really cool. To live the scene [on the series] and then come back and live it again, it’s a pretty cool experience.”

After we wrapped the Q/A, it was time to check out each of the haunted houses. We split off into separate groups, and we were on our way! What was especially cool about this year for me – our group actually made it to all of the houses! This was the first time this happened, and I was so glad that did!

So what was my favorite house? If you know me, you know you don’t even have to ask. Hands down, The Walking Dead.

The house for The Walking Dead leads fans in the same footsteps that the cast has taken on the series. The journey begins at Terminus, and that’s where the chaos ensues. Fans find themselves with an unrelenting sense of fear before the ultimately step onto the loading dock of the Del Arno Food warehouse and face the countless “W” walkers (the ones we’re still waiting for the series to explain – Though comic book fans know what’s up!).

“We’ve been fortunate to recreate many horrific moments over the past few years, and as the series raises its own bar every season, so have we with our environments, said Michael Aiello, Director of Creative Development for Universal Orlando’s Entertainment team. “Faithfully representing season 5 has brought with it all-new elements, and we will literally place our guests in the lead role as they escape hordes of walkers.”

It’s not hard to see why Halloween Horror Nights has been named “Nation’s Best Halloween Event” for not one or two – but SEVEN straight years. The award comes from Amusement Today’s Golden Ticket Awards, and it happens to be one of the most prestigious awards in the amusement industry.

Tickets are on sale now and can be purchased online at HalloweenHorrorNights.com/orlando (HHN25 runs through November 1).

Guests can also book a Halloween Horror Nights hotel and ticket package that includes event tickets, park-to-park tickets and accommodations at a Universal Orlando hotel so you can stay right in the midst of all the action. Due to the event’s popularity, tickets for weekend nights are expected to sell out and should be purchased well in advance!

I’d like to thank Universal Studios Orlando for their hospitality in having me down to check out Halloween Horror Nights 25 – I can’t wait to see what they have in store for 2016!

Halloween Horror Nights 25 Review: 'The Walking Dead,' 'Insidious,' and So Much More!