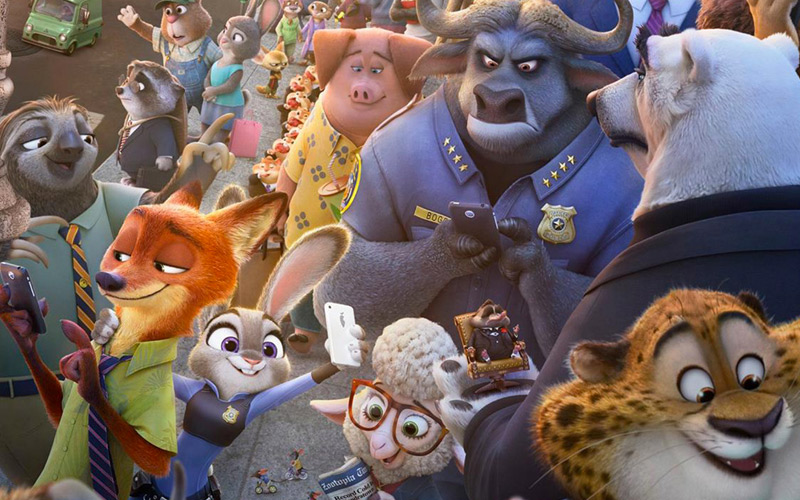 Zootopia has roared to the top of the North American box office for a second week in a row. The family film, which features the voices of Jason Bateman, Shakira, Idris Elba, Ginnifer Goodwin, and Octavia Spencer, has earned another $50 million over the weekend, helping to boost its global total to $431 million.

Meanwhile, J.J. Abrams’ 10 Cloverfield Lane surpassed expectations to scare its way into the second spot with $25 million. The film was made for just $13 million.

Previous box office titan Deadpool comes in at number three with $10.8 million, while Gerard Butler’s London Has Fallen and Tina Fey’s Whiskey Tango Foxtrot round out the top five, respectively.

Meanwhile, Sacha Baron Cohen’s The Brothers Grimsby was met with a grim reception in its opening weekend, only earning $3.2 million towards its production cost of $35 million. It has been ranked as Sacha’s worst opening to date, according to USAToday.com, and is suffering from bad reviews.

“A Freudian might be able to make something of Sacha Baron Cohen’s emphasis on bodily orifices and protrusions in The Brothers Grimsby,” the New York Times’ critic Manohla Dargisi writes. “I prefer a more obvious explanation: At some point during the making of this 1-hour-18-minute burlesque, Mr. Cohen became bored…”

“Ultimately, the jokes are more stupefying than funny and no one’s anatomy is safe from a gratuitous close-up, whether it’s that of a wild animal or an Oscar nominee,” Lindsey Bahr of The Associated Press adds.