It’s always a great time to be a Halo fan, even when we are still months away from a new Halo game. J!NX recently launched its first line of officially licensed Halo Vinyl Designer Series figures that currently includes Master Chief and Spartan Locke. However, there are four available figures in total, including a standard edition of each character that can be purchased at Best Buy and a variant of both figures that can be purchased at GameStop. All four figures are 6” tall and price in at $24.99 each.

Being the huge Halo fan that I am, I had to at least get my hands on the Master Chief standard version to check out the quality of these vinyl figures from J!NX and see if I should consider adding the other three to my collection. And speaking of being a huge Halo fan, this is how I decided to introduce the figure to my collection, with the help of the Halo 5 vinyl soundtrack.

When I first saw the images online for the figure I thought it had a fun look to it, but I wasn’t really sold on it yet. That changed when I finally saw it in person, as I think that’s the typical response to most figures. It’s always better seeing in person than it is online.

The Master Chief 6” standard vinyl is rocking the Mjolnir Powered Assault Armor with an assault rifle attached to his right hand. The arms can be moved a little bit, but there really isn’t much to do outside of him holding the rifle with both hands as the gun rests on the left hand.

However, collectors can position the gun to be held down lower in a more relaxed pose or be held higher providing a more tactical pose. Master Chief’s head also moves slightly which can play a big part in the relaxed or tactical posture. If the gun is down and his head held high, he looks relaxed. But if the gun is high and the head is tilted sideways, he looks more alert and ready for battle. 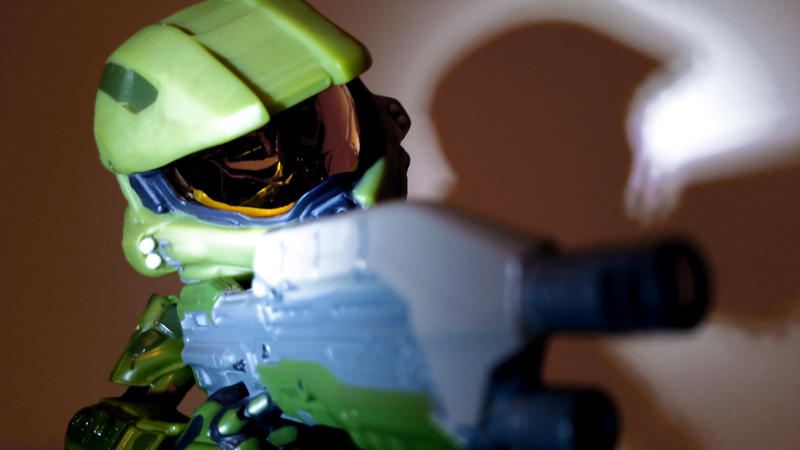 For the collectors that want to take Master Chief out of his box, they’ll notice that the balance of the figure may seem a little off, but it actually maintains a good poise when it’s in its typical stance. If for whatever reason the collector wants to raise the hands and put the head down, they’ll notice that the balance becomes a little less reliable and could fall over with a slight touch or bump of a desk/table/shelf. I haven’t had the figure tip over while in the battle-ready stance, but I can still tell that the balancing seems a little off.

This 6” vinyl figure of Master Chief is definitely on the cuter side, but it also looks pretty darn cool as well. I certainly feel it’s a nice addition to any Halo fan’s collection. Now I’m tempted to pick up the Master Chief variant to see what it’s battle damaged armor looks like in person, plus I need to check out and play around with its hand attachments for the M6H handgun and Covenant Energy Sword and see how well that works. And then I’ll need to consider getting both Locke figures as well. Thanks, J!NX, for providing more temptation for Halo fans!

By the way, I did an interview with J!NX last year that can be found here. They are easily one of my favorite companies for gaming gear as they have licenses for over 35 different gaming brands. 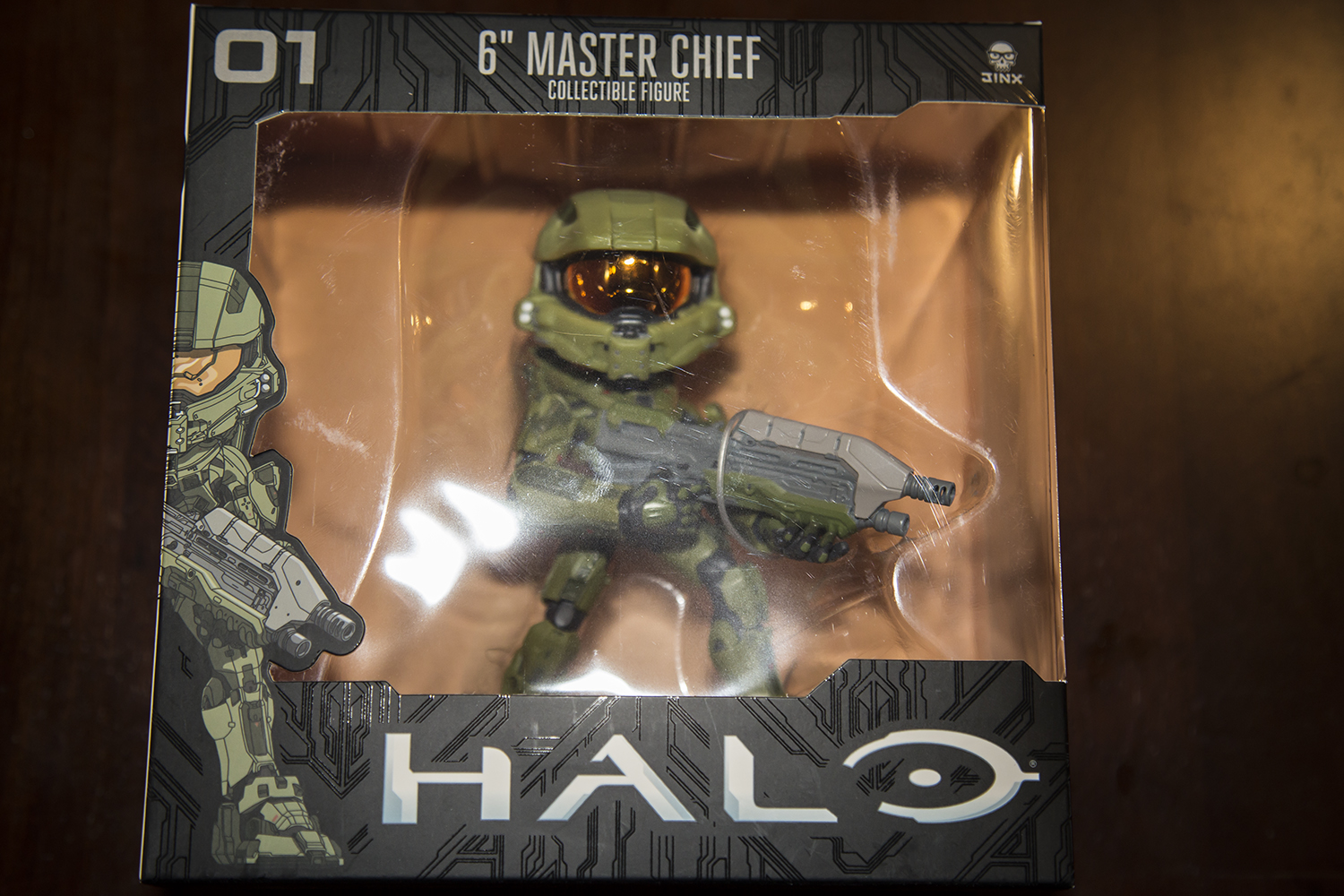 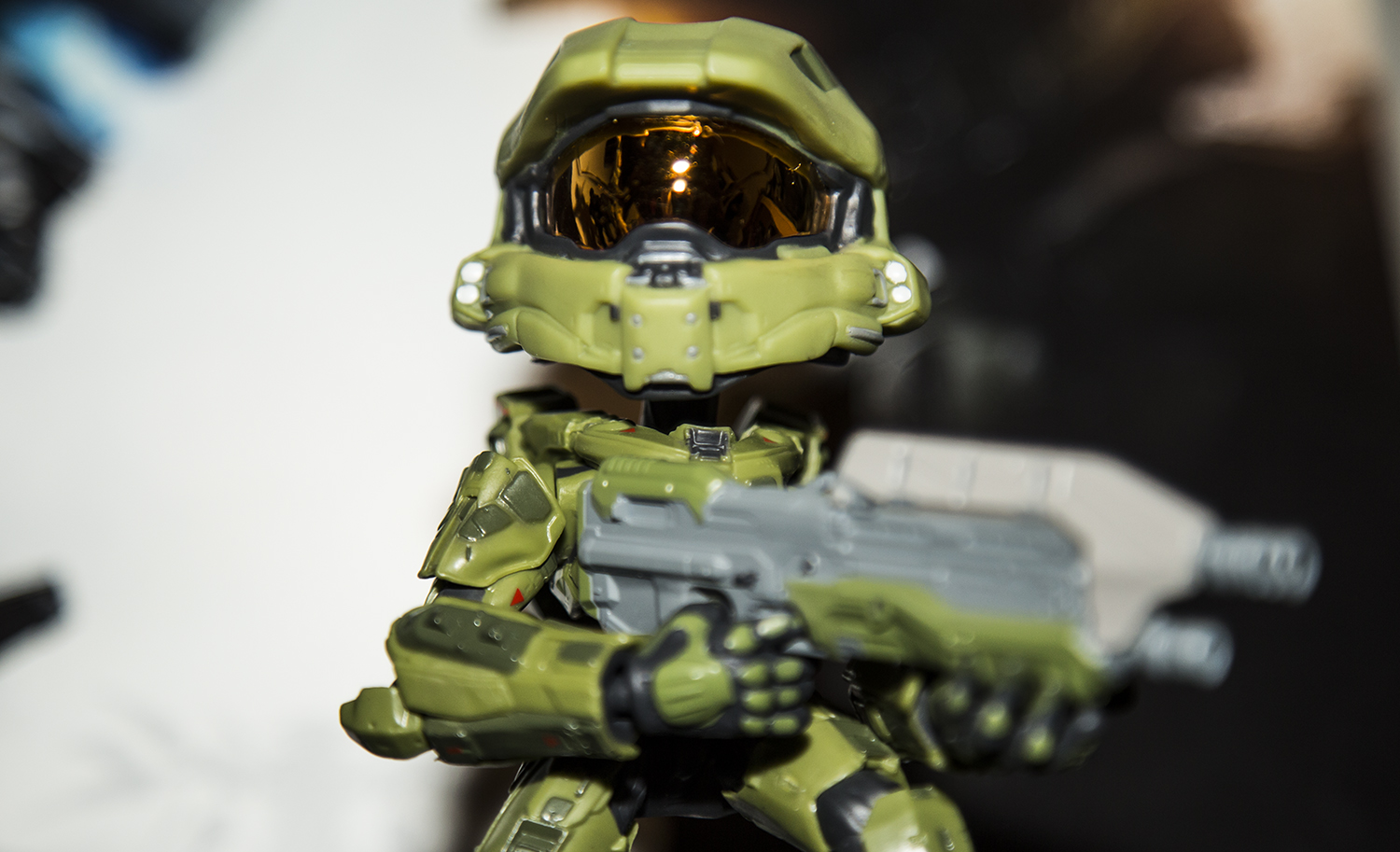 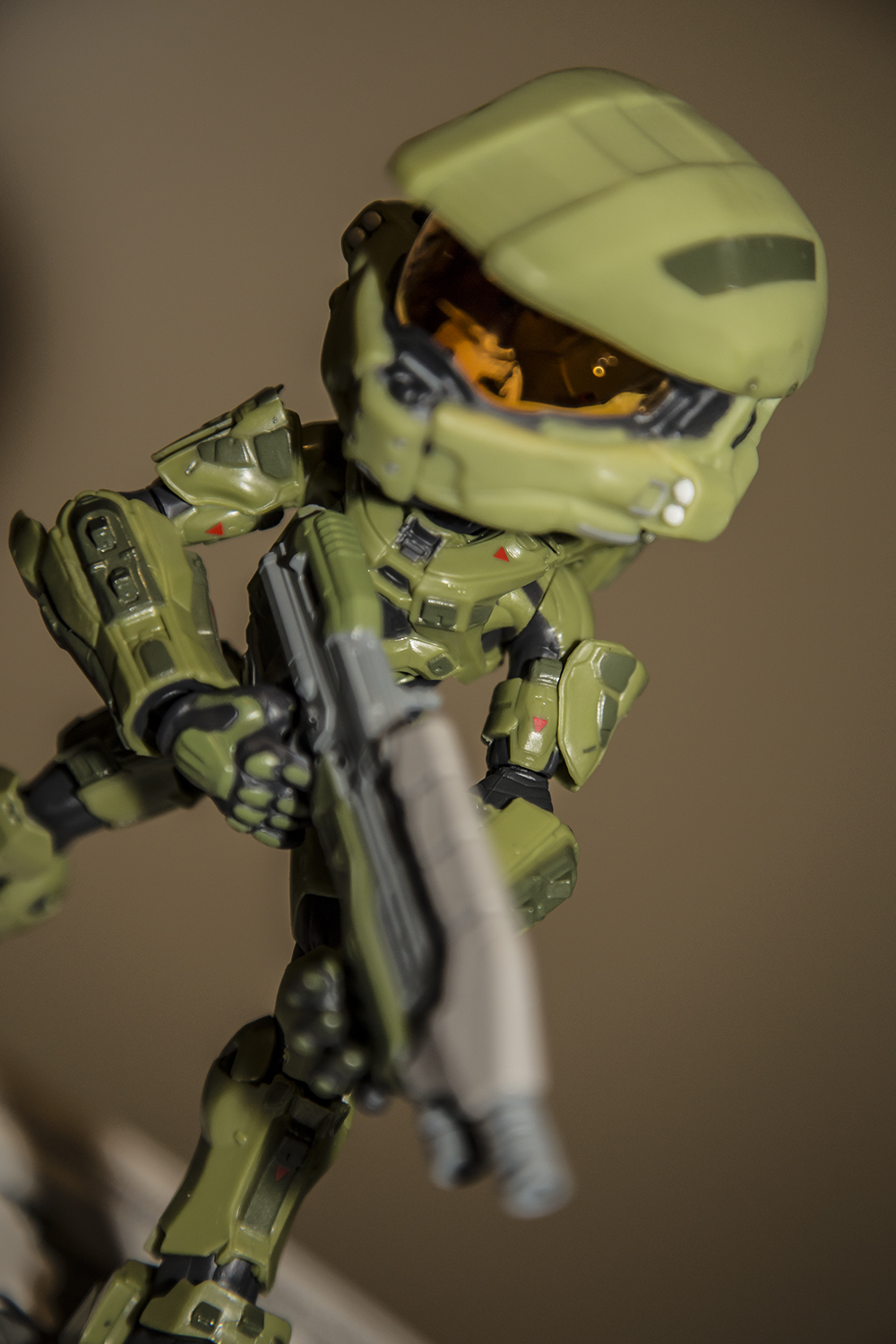 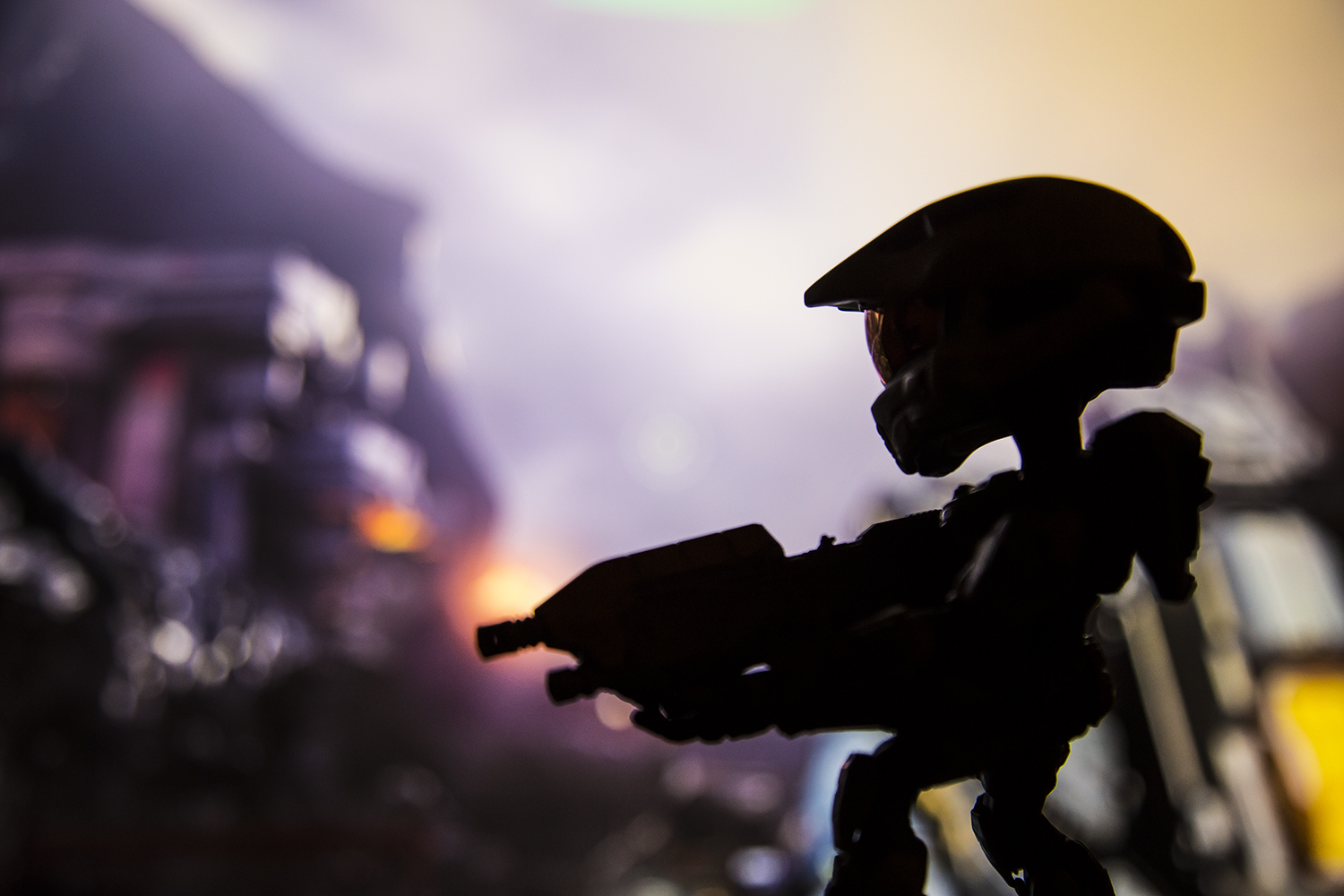