I’ve been having a blast over the past couple of weeks with Halo Wars 2. I’ve greatly enjoyed the campaign and its incredible presentation that offers a fantastic story in the Halo universe. I’ve also had fun with Blitz Firefight mode as a solo player responsible for surviving waves of enemy combatants. However, now that Halo Wars 2 has released into early access for those who purchased the Ultimate Edition, I’ve been learning new ways to Blitz against human opponents.

Blitz mode really is a fascinating take on real-time strategy, and this is coming from a very casual player when it comes to the genre. I don’t claim to be an expert RTS player, but Blitz mode and its card format makes it a little bit more manageable for novice players who want quick matches that can take anywhere from 5 to 10 minutes long. 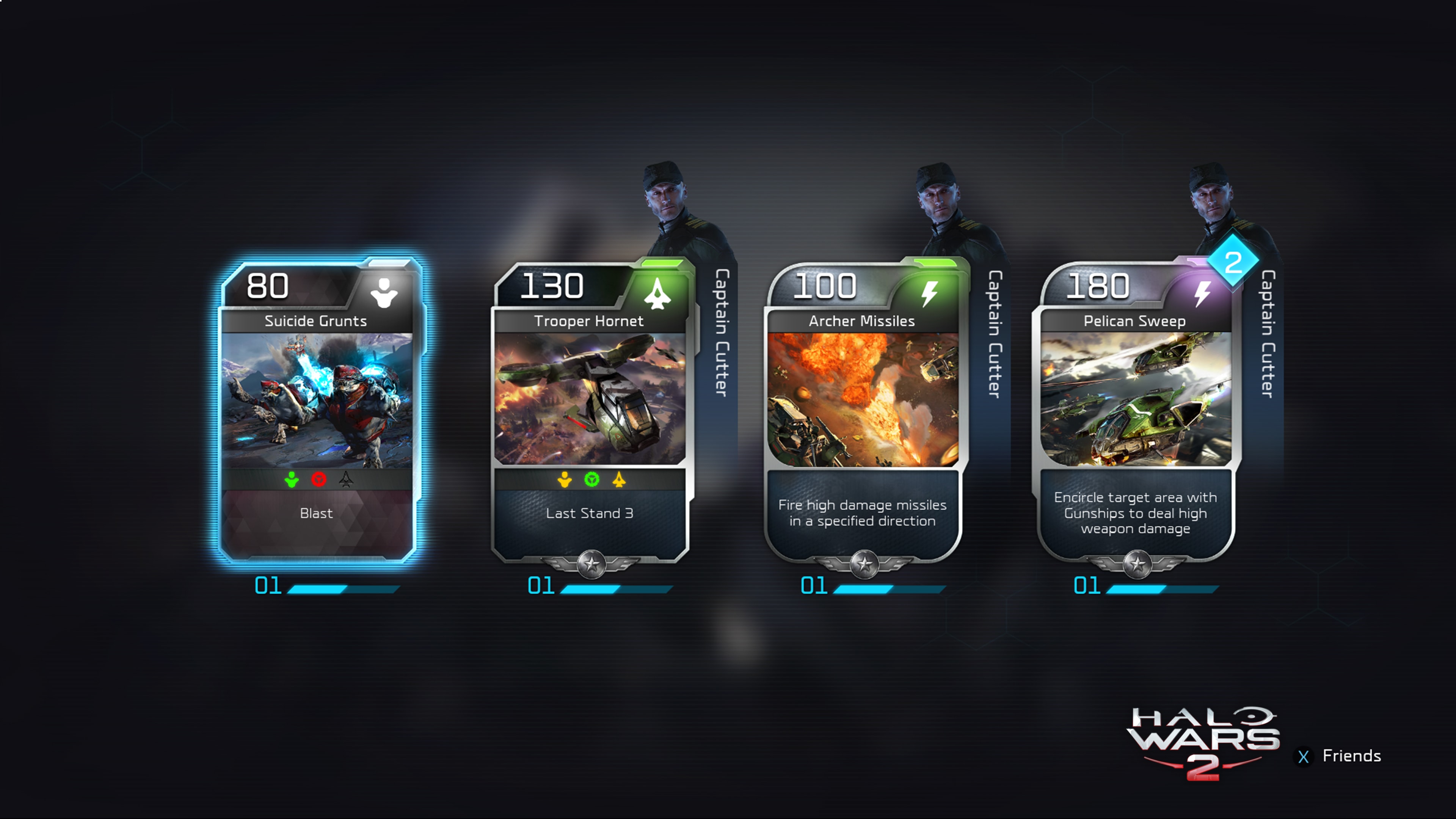 I wasn’t too sure what to think about earning cards and building decks to then use on the battlefield, but once I really got into it I began to better appreciate the quick game of RTS that it offers and even became fairly successful. There’s good strategy behind the process of choosing between the six leaders and selecting cards with basic and unique powers that fits your style of play. I went from trying to be big and tough with expensive cards (costs a lot of energy to deploy) to small and quick with low-cost cards.

At first I figured why not try to use all high-cost cards as they are mighty in firepower and are pure awesomeness. I love calling in a Condor Strike or Scarab Assault. Seeing the massive tech of firepower unleashing chaos on the small units is a fun sight, especially knowing that you’re play of that card is causing destruction to the enemy as they attempt to flee. I’ll take that base back, thank you very much! These situations are just fantastic, but not if you can’t call in enough troops to secure energy points and protect bases before it comes time to call in the big guns.

Because I didn’t win much with the expensive cards, I ended up trying to simply create as many small and fast units as possible. It actually became my favorite strategy even though it has a mighty big weakness, especially if you’re playing with another person who has a deck that doesn’t compliment your style of play. If you’re both quick and don’t pack a lot of firepower, then it’s very possible that you get overrun after the initial takeover. The video below is a perfect example of what can go wrong with low cost units.

There’s clearly a good balance that needs to be met, but on more than enough occasions I’ve been successful with the quick approach of using Jackrabbits and Hornets to quickly steal bases and collect energy points to go towards deploying more units. It’s a fun approach as other players often go for bigger firepower by choosing too many high-cost cards that can’t keep up with my constant flow of low-cost troops.

No matter what selection of cards you choose to run with, it’s important that your teammates compliment your style of play. But when you’re playing in random rooms, you never know what your teammate has in their deck or what their thinking process could be for victory. It could be the total opposite of your strategy or it could be the perfect match that ends in a purely brilliant victory. I’ve had plenty of both, which is why I’m currently running with a 20-20 record. 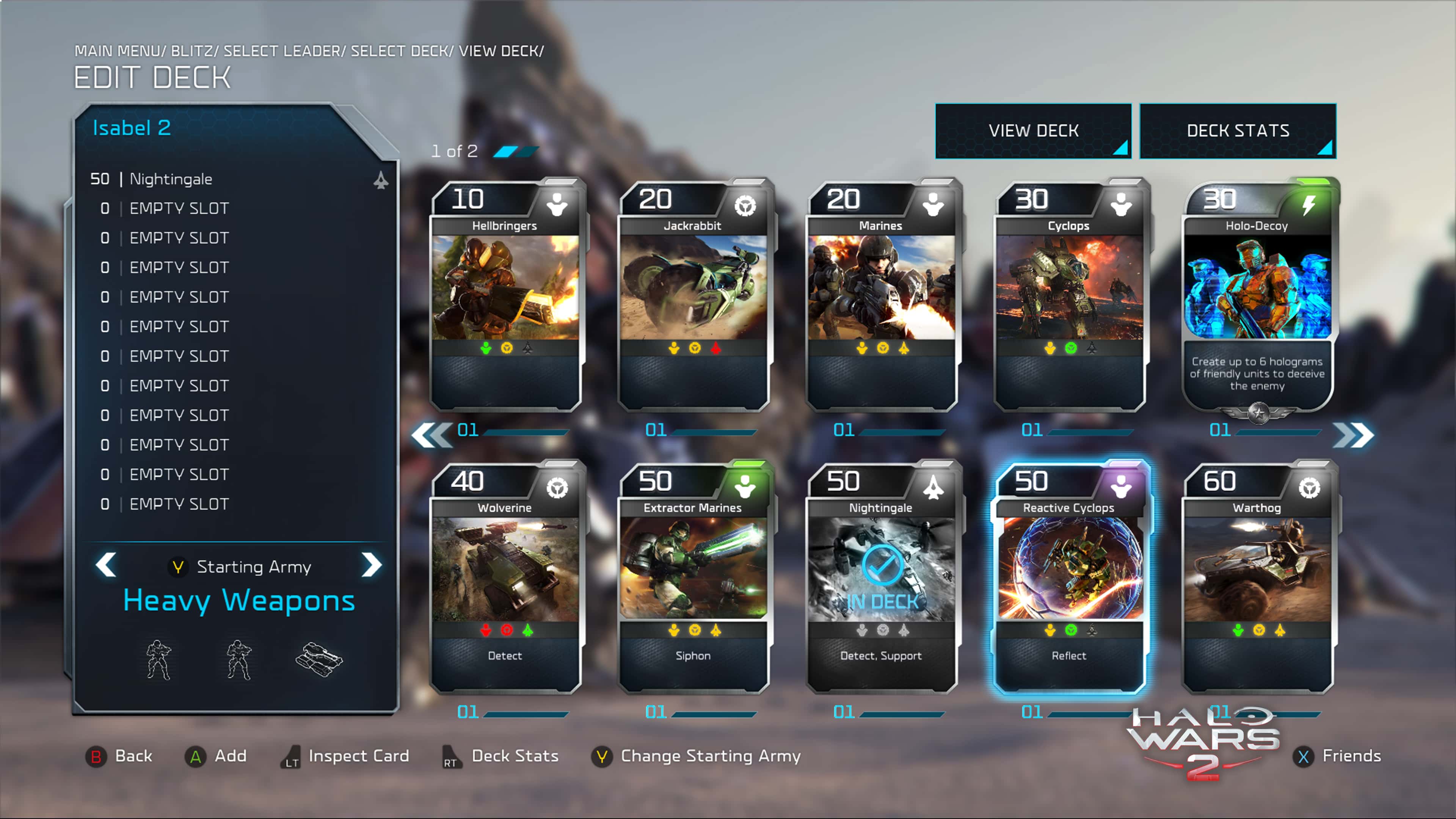 Learning to Blitz in has been a mightily entertaining process that remains fun even in failure. However, the lag that sometimes appears and the teammates that drop do hinder the experience. Thankfully, that doesn’t happen too often. Also, where are the additional maps? But other than those few complaints, it’s certainly worth sending the Blitz!

Halo Wars 2 continues to be so much fun to play and far more addicting than I could have imagined. And if you missed it, make sure to check out our previous content on Halo Wars 2.