Farming Simulator is the sort of series that I never understood until I was finally able to play it for the first time a couple of years back. I still don’t understand the fervor behind brand-name farm equipment or the interest anyone has in buying DLC packs that add new kinds of hardware that don’t function all that differently from anything else already in the game, but to each their own. Anyway, what I do understand is why the series has managed to garner a following.

There’s little (if any) real challenge to be had. All manner of options can be toggled to adjust things like how quickly crops grow, how fast time passes, whether or not you have to constantly restock on seeds and the like, and so on. Some might say it makes the game pointless, but I say it allows you to tailor things to your own preferences. For example, I’m not big on having to leave the game running while I mess around on my phone or laptop and wait for crops to grow. So I crank up the speed and growth rate, then turn off crop withering so I don’t accidentally lose anything. Sure it’s technically cheating, and I still have to wait a little bit for things to grow, but there’s usually so little to do while waiting for stuff to sprout I couldn’t imagine enjoying myself if I left all the defaults on. 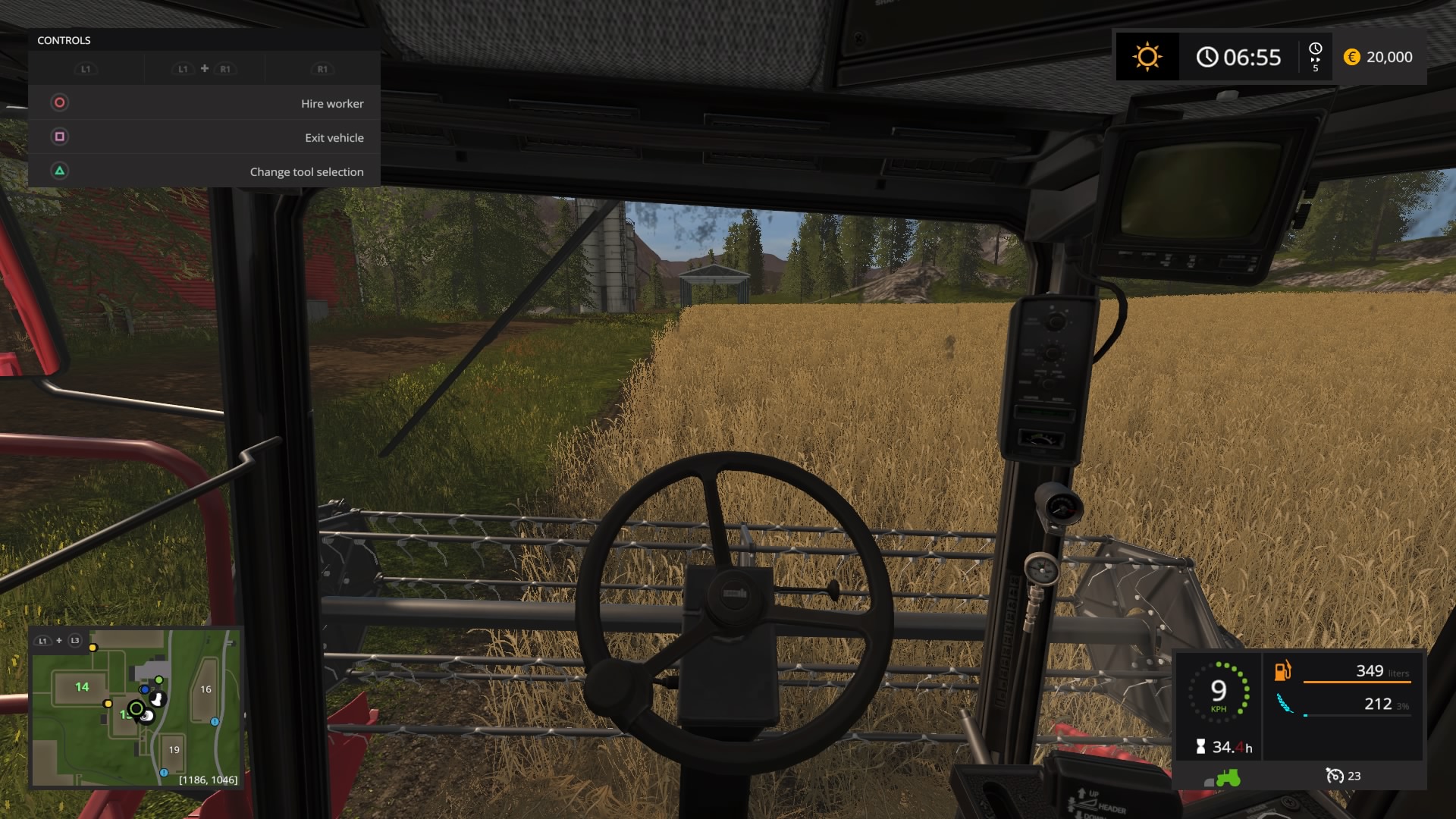 Anyway, back to why Farming Simulator is enjoyable. Basically, it’s relaxing and zen and I like that. It’s the sort of game you can turn on and de-stress to. At the same time, while progress is undeniably slower than most other types of video games (even when “cheating”), that progress is constant. Every seed planted and trailer full of goods delivered is another step towards expanding your farm.

Adding to that sense of zen is the general look and presentation. Vehicles leave tracks in the dirt and will leave dirt on the road. Crud will start to cake on everything and give your equipment a well-used feel. Heck, the canola looks so fluffy I just want to use a field of the stuff as a pillow and take a nap. Then there’s the radio station you can turn on (or leave off if you prefer), which plays an nice assortment of easy-listening music. 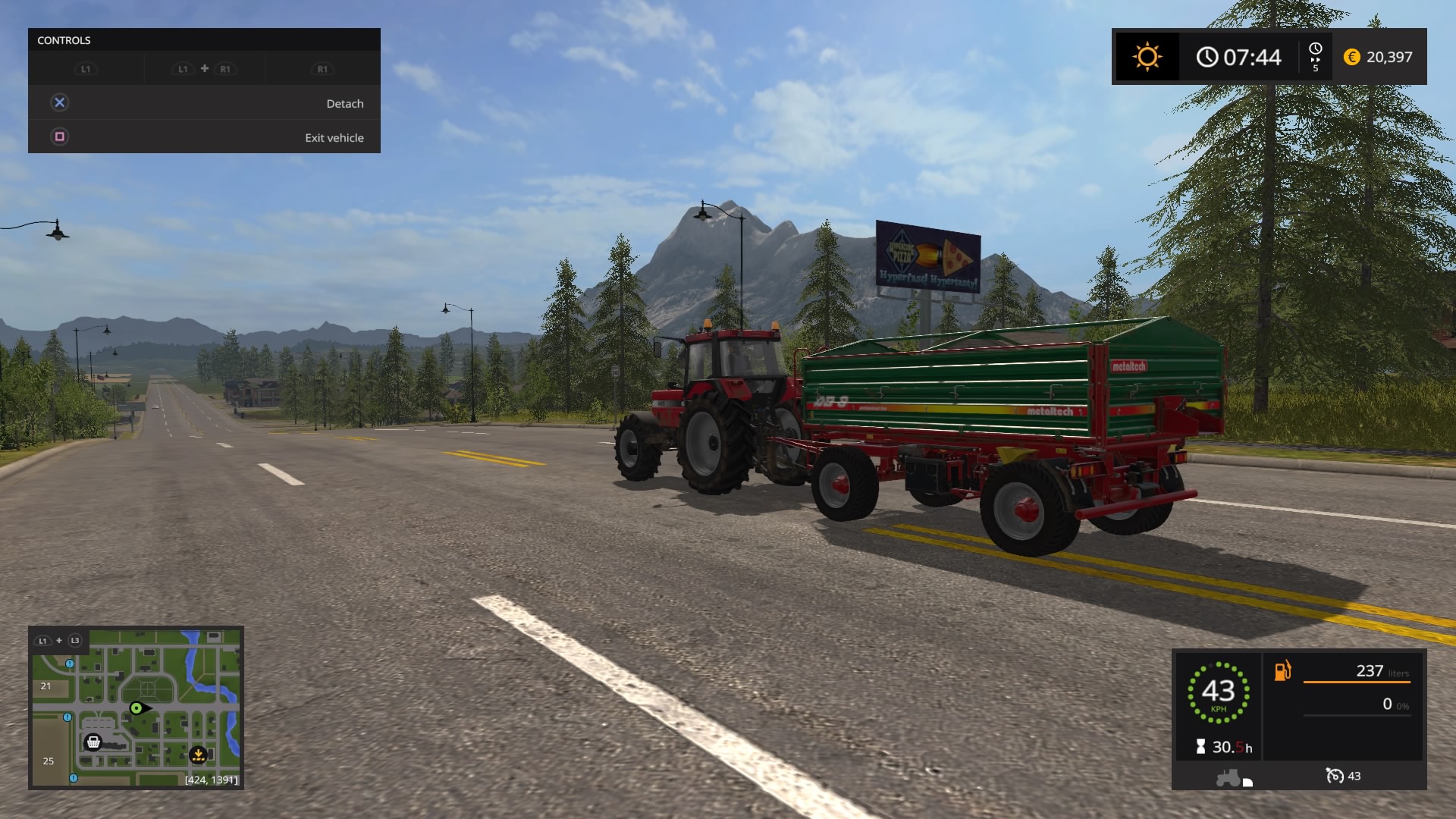 I don’t claim to be a Farming Simulator expert, but I’m pretty sure there have been more than a few gameplay tweaks since the last game in the series. Your starting farm equipment is ever so slightly improved, which helps to speed up your initial progress a teensy bit when compared to last year’s release – although the lower-tier stuff you’d started with before is still available at the shop if you want it. This time around it seems as though you can’t use fertilizer on your crops until they’ve sprouted, whereas previously I could’ve sworn you were able to spray them immediately after planting. Some of the options are new (as far as I can tell), too, such as being able to have your hired hands automatically refill sowers and whatnot.

More significant changes include tweaks to the map. Again, it’s been a while since I’ve played the last Farming Simulator, but I remember the lack of location names on the mini-map being a pretty big annoyance. Well, now the map displays names, so you won’t have to constantly refer to the pause menu map in order to remember where the place that’s paying top dollar for your potatoes is located. Also there are trains! Their operation is extremely simple, and they only exist to ferry goods around in ridiculously huge quantities, but it’s cool to have even more vehicles to play with. Unfortunately there’s no quick and easy way to tell which of the two locomotives you can drive follows which set of tracks, so until you familiarize yourself with them you might end up loading your goods into the wrong train and making it halfway across the map before you realize anything is wrong. And in an odd bit of contradictory design, while it’s significantly easier to see where specific locations are on the mini-map, it’s not so easy to see which of those locations will only take deliveries via train. Yes, these locations exist, and yes, it’s just as annoying to accidentally haul a regular trailer all the way over to them just to find out you can’t actually make a delivery. 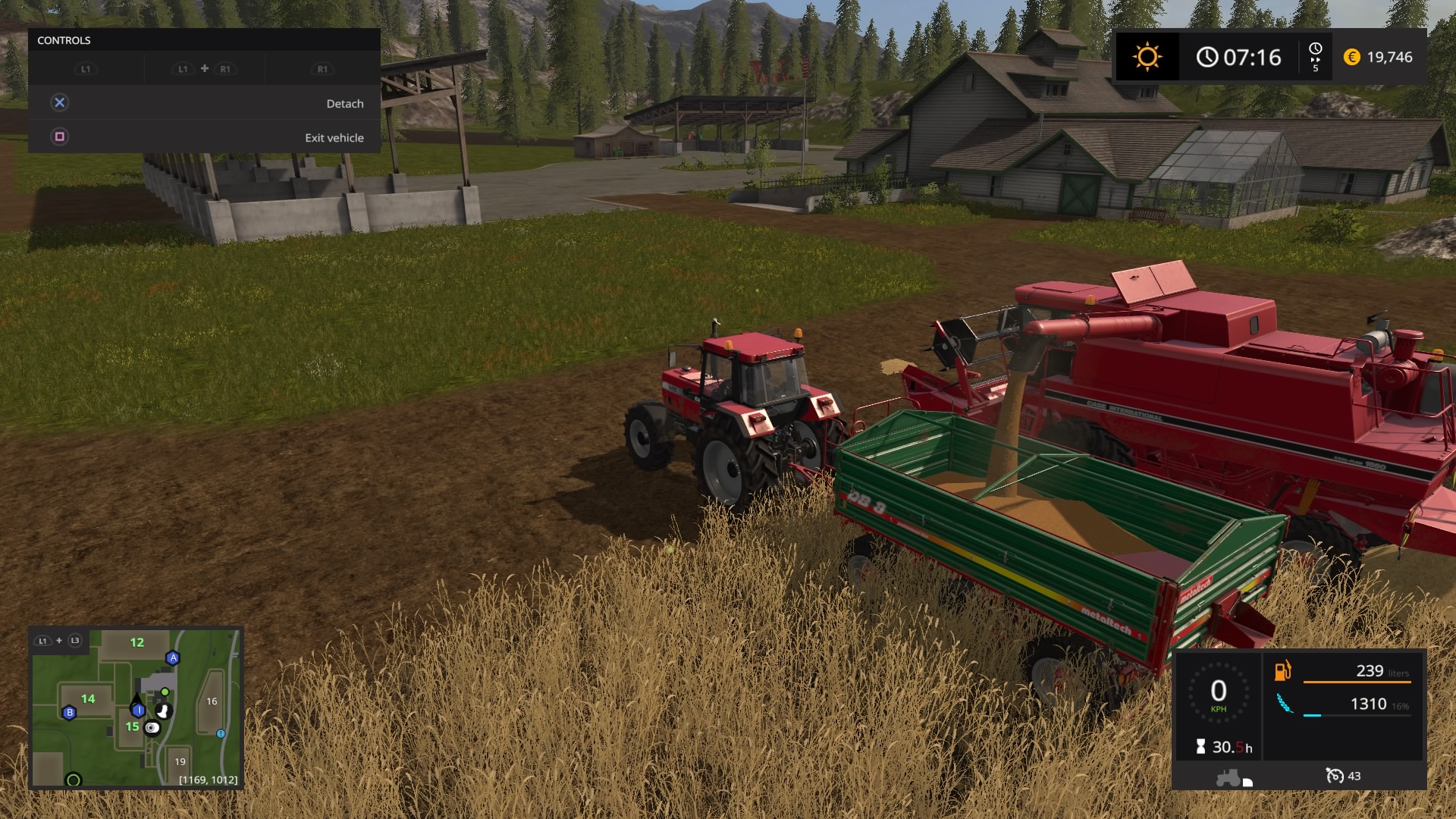 I also have to admit that I’m a teensy bit disappointed that Farming Simulator 17 didn’t borrow my favorite gameplay addition from last year’s mobile version: the ability to hire helpers to deliver goods. Don’t get me wrong, it’s great to be able to hire someone to harvest/sow/spray/plow/etc with the push of a button, but it’s also great to do the same when it comes to making deliveries. One could argue that those deliveries are one of the few instances where you can actively kill time while workers run all your other equipment automatically, but I honestly prefer the even more laid back “set it and forget it” approach. I want to be able to set everything to autopilot, then just cycle between my vehicles and watch them do their thing while I let my mind wander. I can’t do that when I have to manually cart a bunch of crops to the far corners of the map.

Yes, I’m nitpicking, but I’m nitpicking because I care. Farming Simulator 17 is a good update to an enjoyable series. I don’t necessarily think it’s worth an immediate upgrade if you’re still enjoying earlier releases (and/or if you don’t have the funds at the moment), but it’s as good a place as any to jump in and see what all the fuss is about. Okay, maybe there isn’t a “fuss” per se, but the series has a devoted fanbase for a good reason. 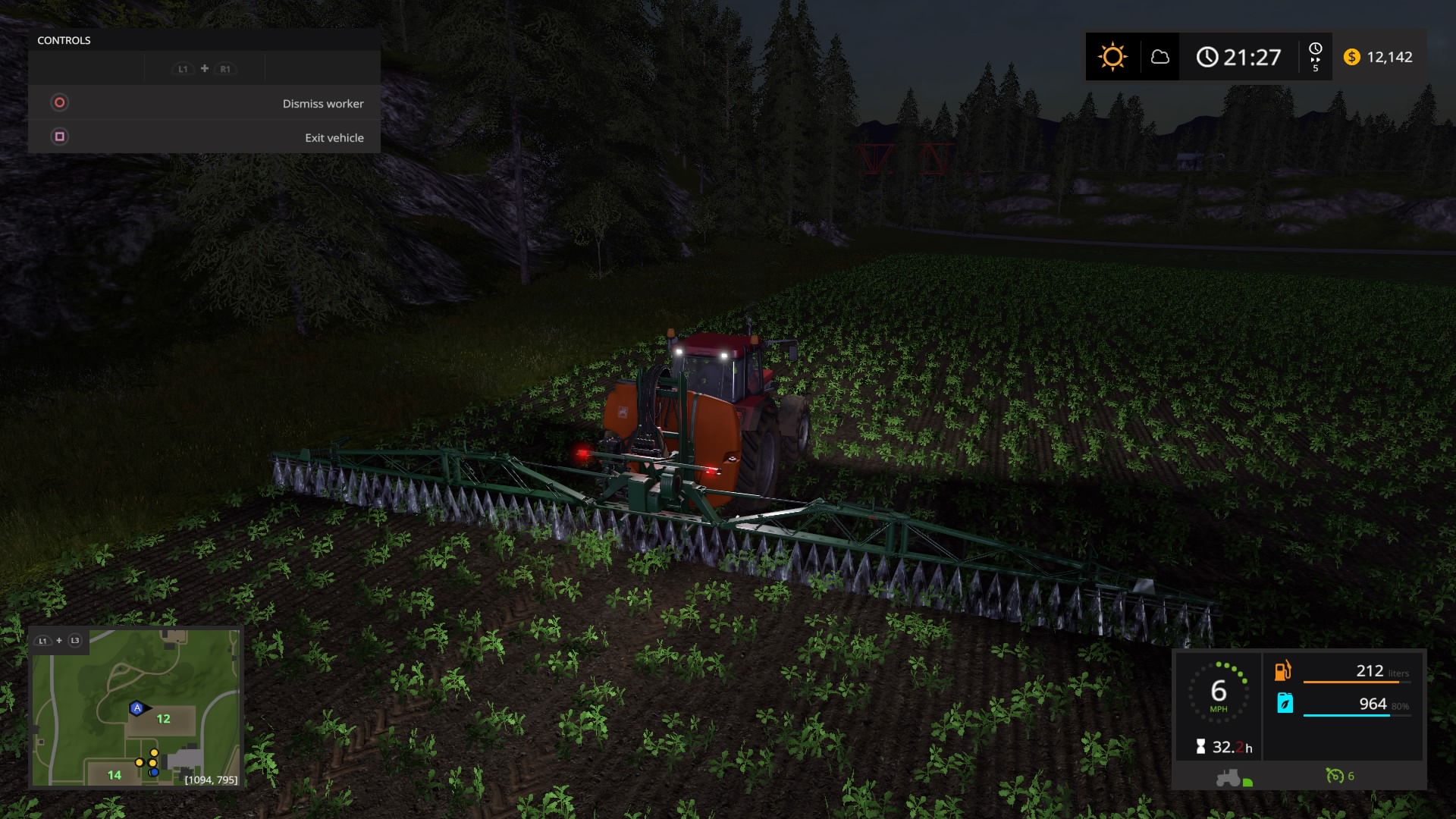