I’ve been a fan of racing games for pretty much my entire life and remember the good old days of top-down racing on dirt roads, collecting nitro and zooming past opponents. Those were good times. But jumping ahead to the current day I’m still a big fan of the arcade racers like Need for Speed, GRID, and DiRT. However, I also have a huge appreciation for the more realistic racers such as Forza, Project CARS, and F1.

I recently discovered a newfound appreciation for the sport of Formula 1, which led me to writing this article on the current video game and season. Since then I’ve taken a more hardcore approach to Forza as well, earning platinum medals for the first time and competing with no rewinds and tougher AI. Because of my new serious approach for racing games and the appreciation for learning a track to the best of my ability to claim the highest possible lap time, I’ve now reached a completely new level by setting down the controller and getting my hands on a racing wheel.

I recently started testing the Logitech G920 Driving Force racing wheel to hopefully take my driving skills and lap times to an entirely new level. I decided to go with this wheel because of its compatibility with both PC and Xbox One as I still have quite a few racing games on Xbox too. However, I’ve only used it on PC to this point. 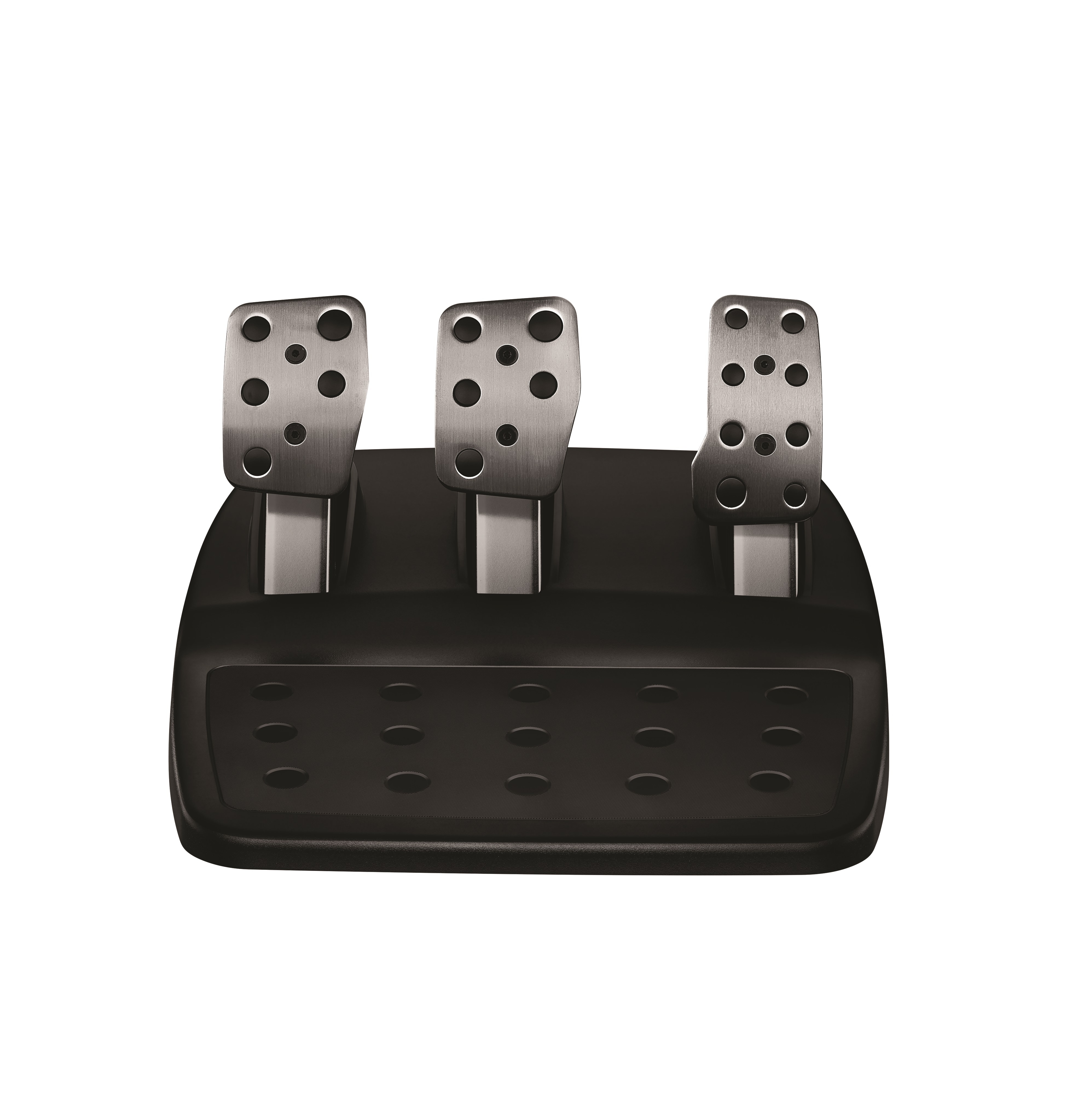 I know there are other racing wheels out there, but knowing Logitech has very solid products from past items I’ve tested, I decided to go with them by grabbing the G920 Driving Force. After opening it, I really believe now that I couldn’t have made a better choice. The weight, quality, and toughness of both the wheel and the pedals is absolutely superb. I don’t hesitate one bit to slam on the breaks or quickly put the pedal to the metal for ultimate speed. I also trust the durability of the wheel as I don’t hesitate to quickly turn it from left to right. During my hours of testing I haven’t had any issues whatsoever. I absolutely love it.

When it comes to my performance in-game, I must say that it did take a while to get used to the gameplay. I also had to spend a lot of time adjusting some presets in the menus to find a control I felt comfortable with. Obviously, at first, I struggled quite a bit. One of the things I had to fight with the most was getting used to the force feedback by actually feeling the road through the controller. I had no idea just how realistic and intense that sensation was going to be as the wheel can seemingly take a mind of its own based on what’s happening in the game. I actually had to turn the force feedback down quite a bit at first until I got more used to it because I didn’t like feeling the wheel being tugged strongly in another direction. Don’t get me wrong though, I love it and think it’s awesome, I just felt it was too much for a new beginner having to fight that much with a racing wheel. I could just get better at handling the road though, right? 🙂

After a few hours of racing and being all over the track, I finally started to get the hang of it a bit more. While pushing the limits, I still didn’t have a very good success rate when doing laps on F1 2016. However, when I finally put together my first clean and nearly perfect lap, just like that I already gained 3 seconds on what I thought was a fantastic time while using a controller – a time I couldn’t seem to best. It’s also important to mention that I’m not even using manual shifting yet even though the wheel makes it incredibly easy to use. I still need to get the control down before I move on to mastering shifting as well.

I did nearly 30 laps on the Australia course before I finally achieved my top time. What a great feeling it was to finally put together that fastest lap time using the wheel and pedals. It’s so much fun.

After achieving a clean, personal best lap time in F1 2016, I moved on to Project CARS. This is a game I loved with the controller even though it was very difficult to master. I still remember a lot of cars I couldn’t master, including the karts, in Project CARS. However, I started a new season with karts and immediately discovered just how easy it is to control the vehicles with the wheel compared to the controller. I then moved on to one of the faster vehicles and struggled quite a bit at first, especially on the first turn in the Brands Hatch track, but I eventually pulled it together and started mastering that vehicle a lot better than ever as well. The G920 Driving Force makes Project CARS so much more enjoyable even though I had already enjoyed it a ton with the controller. A wheel simply ends up making it perfect.

After Project CARS I moved on to Forza Motorsport 6: Apex on PC. Again, what a difference, and what fun. I actually tested manual shifting in Forza to get better acceleration on start, but still struggled to do well with shifting throughout the entirety of a race which ultimately didn’t help my fastest lap times. Still, shifting is awesome for great starts and I can’t wait until the day I finally master it throughout an entire race.

Using the Logitech G920 Driving Force racing wheel is truly a wonderful experience for any racing fan. It did take some time to get used to it, especially when switching between games and trying new vehicles, but there’s no better way to experience a racing game. It’s a completely amazing feeling when you finally get the track and vehicle memorized and start putting in incredible racing performances with the use of the wheel and pedals. What a fantastic time I’ve had with the G920 racing wheel, and I can’t wait for more experiences to come.