Okay. You guys saw it, too, right?

A lot went down in Avengers: Infinity War, yes, but take one moment to think back to that one specific scene, where Natasha Romanoff and Bruce Banner catch sight of each other for the first time in three years.

Now, do you remember when Sam had said, “This is awkward”? Okay, so, what, exactly, did he mean by THAT?

If you recall, Natasha had spent the entirety of Avengers: Age of Ultron, attempting at a romantic involvement with Bruce. Short story short, it didn’t go so well for them. Fast forward to three years. Since the Avengers disassembled in Captain America: Civil War, Nat had been on the run – not with Bruce, but with Steve Rogers – for betraying the government and not handing Steve over as agreed. They have been incognito for the latter two of the three years, traveling from country to country and hotel to hotel, hiding and fighting in the shadows. And when Nat and Bruce reunite, the camera frames the faces of both Nat AND Steve.

I give credence to the idea that, in film, nothing is accidental – everything is intentional. As someone who had studied cinematography and editing, subject placement and expression, as well as framing and the types of shots and cuts, are key in film production. If it were meant to be an intimate reunion between Nat and Bruce, Steve wouldn’t have been in the shots – close-ups of just Nat would have made more sense, right?

And what about Sam’s comment? What was “awkward,” exactly? Does he know something that we don’t? In a video review by Collider, Robert Meyer Burnett says about the reunion between Nat and Bruce: “The way it’s cut – you are absolutely supposed to think [that Captain America and Black Widow are an item]” – and I don’t think he’s far wrong about that.

Steve’s expression, secondly, seemed to say a lot about the return of his former Avengers ally. Comparing his reaction to being reunited with Rhodey, he didn’t look all too pleased that Bruce had returned. And wasn’t it HIS phone number that Bruce had rung up? Steve must’ve known that Bruce was back on Earth; yet, he stiffened. Was he jealous?

And speaking of Rhodey, wasn’t he standing between Nat and Steve? He just disappeared from the scene completely, to allow the camera to focus on them!

So, here are the big questions: Why was it filmed the way it was filmed? Is there a deeper meaning to it? Has Marvel Studios been planning for Black Widow and Captain America to get together all along? It sure looks as if they have. Let me explain.

Let’s look back, all the way, to the first Avengers film. If we look past the fact that Nat was originally supposed to end up with Clint, I’d say a romantic future between Nat and Steve was imminent. Not only did The Avengers lay the foundation for a work spouse relationship between Nat and Steve, but there were also hints of romantic interest – remember when he tossed her up with his shield? His eyes were heart-shaped.

There was also, when Steve met Nat for the first time – yes, Bruce was there, too, but when Nat looked back at the two men, it was almost foreshadowing that they would each become significant to her in some personal way … the two men of her future.

Then, there’s the fan-fiction-come-to-life, a.k.a., Captain America: The Winter Soldier. I’d describe what were romantic scenes, but it might take me some time – it’d be one entire piece on its own. Seriously. The entire film was filled with magical moments. And they kiss – though, for work-related reasons. Sure.

But, unfortunately, Marvel Studios didn’t want to roll with it … at first. Instead, they paired Nat with Bruce, in Age of Ultron. HOWEVER, though she was romantic with Bruce, there was SO MUCH of Nat and Steve.

First off, why, of all people, would Steve give his blessing to her and Bruce? Shouldn’t it have been Clint, Nat’s best friend, giving Bruce “The Talk”?

And what about when Clint’s daughter is looking for her Auntie Nat? When Nat picks her up in her arms, Steve is seen in the shot. Is that foreshadowing? Rumors are swirling that she’s pregnant with Steve’s baby in Infinity War, and it’s possible (they had a son together in the Earth-555326 universe).

Third argument: do you recall the scene where she asks Steve, “Where else am I gonna get a view like this?” Well, Steve had this look on his face as he laid eyes on her, that made my own heart beat quicker in my chest.

And lastly, when Steve looks to the New Avengers Facility and says, “I’m home,” the scene cuts to Natasha.

These all have to mean something, right? 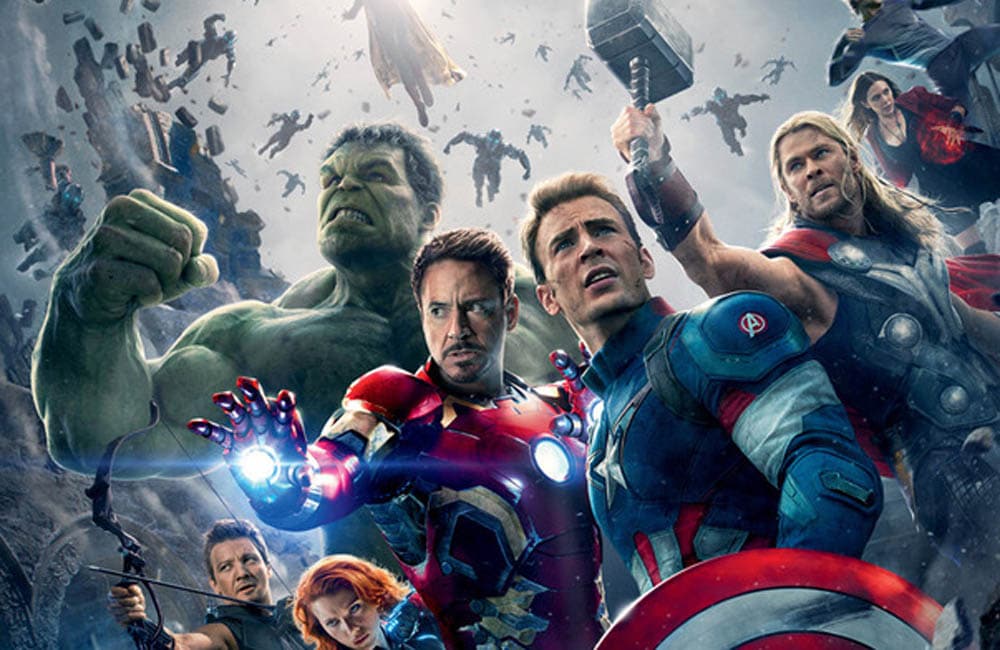 In Civil War, Nat and Steve share two of the film’s “most endearing scenes” – not to mention, she switched sides in the war to remain close to Steve. But, you know, #platonic.

Additionally, there’s a line in the film, said by Natasha to Steve: “We have what we have when we have it” – and while it may not have meant anything at the time, it’s a pretty big deal now. After what she went through with Bruce, it is only natural that she has moved on and into the arms of another; I believe that that line foreshadowed Nat and Steve’s potentially imminent union in Infinity War.

Scarlett Johansson has been quick to point out that her character and Steve remain “just friends”, especially in Infinity War – but I call BS, especially if their scenes emit more than what is visible from a single viewpoint. And on the other hand, Chris Evans had said, that his character and Natasha “really depend on each other in a VERY SPECIFIC way.” Now THAT, I can believe. After all, at almost throughout the entire film, they’re attached to the hip, with a “seamless communication between them,” and almost completely ignores Bruce.

So, how will we know for sure if Natasha and Steve are romantically involved? We won’t, at least until one year from now, when the still-untitled sequel to Infinity War hits theaters in 2019. Christopher Markus, who penned Infinity War (and all three of Cap’s films), promises that there will be a lot of Natasha and Steve in Avengers 4 – while Anthony and Joe Russo, who took charge of Infinity War, Civil War, and The Winter Soldier, have said that they want to cap off the narrative that they have been running with since The Winter Soldier, in the upcoming finale. “The story that began in Winter Soldier and that ends in Avengers 4 is a, there’s a very personal arc there for us,” Joe Russo had said. Anthony Russo had admitted that he and Joe “lean on certain characters more heavily than others” – given that they’ve shaped Johansson and Evans’ characters the most out of everyone else, we only hope that they have done us shippers a solid this time.

Furthermore, Kevin Feige, the head of Marvel Studios, had promised that the two-part Avengers will serve as the conclusion to all that has been teased in the previous films, and given that Nat and Steve paralleled, in significant ways, those who had romantic arcs in Infinity War, it doesn’t seem far-fetched to speculate that they have now been tapped for a romance.

If Marvel Studios desires a Beauty and the Beast kind of love story, they’ve got one right in front of them in Natasha and Steve. As Entertainment Weekly had once put it, they make for the “most interesting super-romance.” Indeed.

Christine
Christine holds a degree in Communication, and has had prior educational experience in filmmaking and screenwriting. Over the course of only one year, she has already written for an array of Internet publications, most notably for FanSided. She is a seasoned attendee of the annual Comic-Con International: San Diego, as well as the biannual D23 Expo by The Walt Disney Company. As a Staff Writer for FanBolt, she pens articles about pop culture films and television programs. Her fandoms include, but are not limited to, Marvel Studios and The CW Television Network.