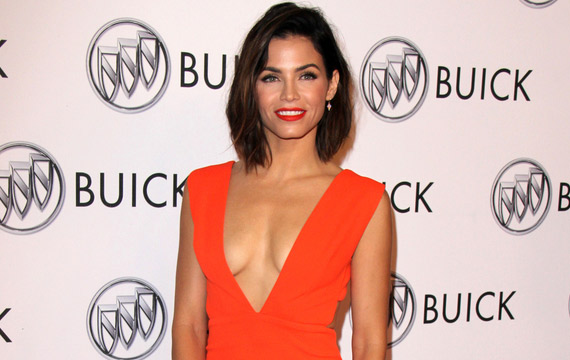 Jenna Dewan-Tatum has hung up her broomstick and instead will be shaking up the love life of Supergirl in the new CBS series.

Tatum, who previously starred on the short-lived Lifetime show Witches of East End, has joined the cast of the series in the recurring role of Lois Lane’s younger sister, Lucy Lane. Lucy is a character from the DC Comics and in the show will present a bit of a challenge for the budding romance between Kara and Jimmy Olsen (Mehcad Brooks). According to The Hollywood Reporter, Lucy is “as brash, funny and beautiful as her older sister Lois Lane. Lucy is strong, smart and successful in her own right.” She’s returning to town to right an old wrong, and we bet it has something to do with Olsen.

The Tatums have been all over the news lately, with Jenna’s husband Channing having recently signed on to star in the X-Men spinoff film Gambit, as (you guessed it) the title character.

If you want to read more about what to expect from Supergirl when it premieres on CBS, you can read our Comic-Con scoop here.

Let us know what you think of Jenna’s casting in the comments below!