I can’t say I’ve ever been to a Cirque Du Soleil that has disappointed me. Each one seems more unique and more memorable than the last, and each year I look forward to seeing the latest show that comes through Atlanta. I was able to attend Kurios on opening night, and I was in good company as The Walking Dead‘s IronE Singleton, The Vampire Diaries‘ Matthew Davis, Zac Brown Band members Daniel de los Reyes and Jimmy Di Martini, and another of other celebrities in town were also present! 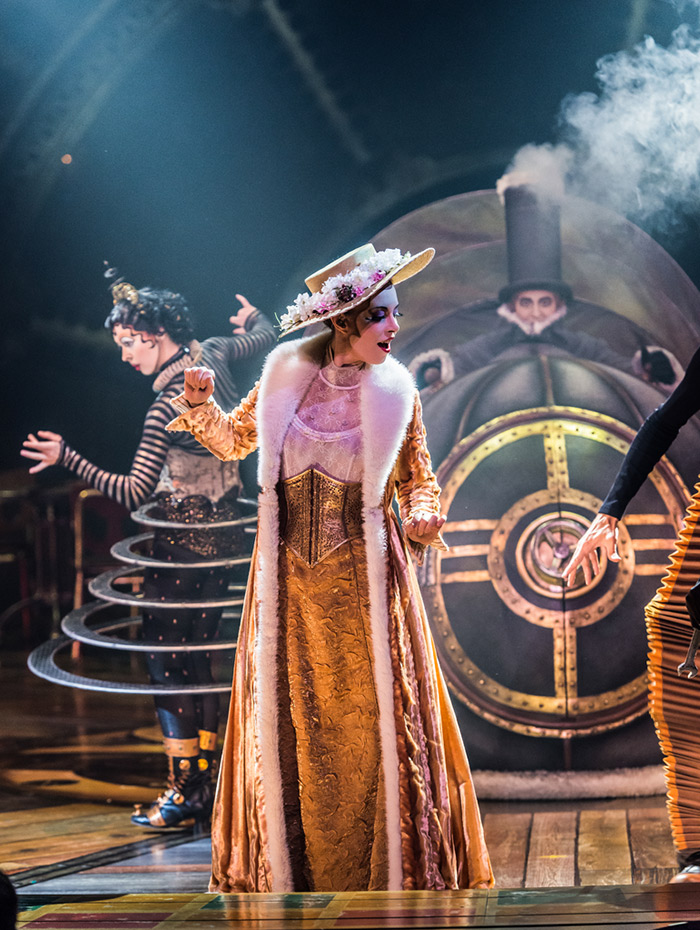 If you’re a fan of steampunk, then you’re going to love Kurios. It’s everything you love about Cirque – combined with 19th-century-inspired aesthetic designs and gears. Visually, it’s a playground for the imagination and with the amazing soundtrack, the performances truly engulf you.

In an alternate yet familiar past, in a place where wonders abound for those who trust their imagination, a Seeker discovers that in order to glimpse the marvels that lie just below the surface, we must first learn to close our eyes.

In his larger-than-life curio cabinet, the Seeker is convinced that there exists a hidden, invisible world – a place where the craziest ideas and the grandest dreams lie waiting. A collection of otherworldly characters suddenly steps into his makeshift mechanical world. When the outlandish, benevolent characters turn his world upside down with a touch of poetry and humor in an attempt to ignite the Seeker’s imagination, his curios jump to life one by one before his very eyes.

What if by engaging our imagination and opening our minds we could unlock the door to a world of wonders?

Overall, this was one of my favorite Cirques with one of my favorite acts. Which one is that? The Upside Down World. Initially, it appears to be just a traditional chair-balancing act at a nice little dinner party. However, as the the chairs build on one another, it becomes apparent that there is another dinner party happening right above them mimicking their same moves.

While the Upside Down World enchanted me the most, it was near impossible for me to pick just one favorite act. Viewers remain on the edge of their seats for the entire production as there is so much incredible talent that graces the stage. From the aerial straps to the contortion to the trapeze, Kurios is simply an evening of magic. 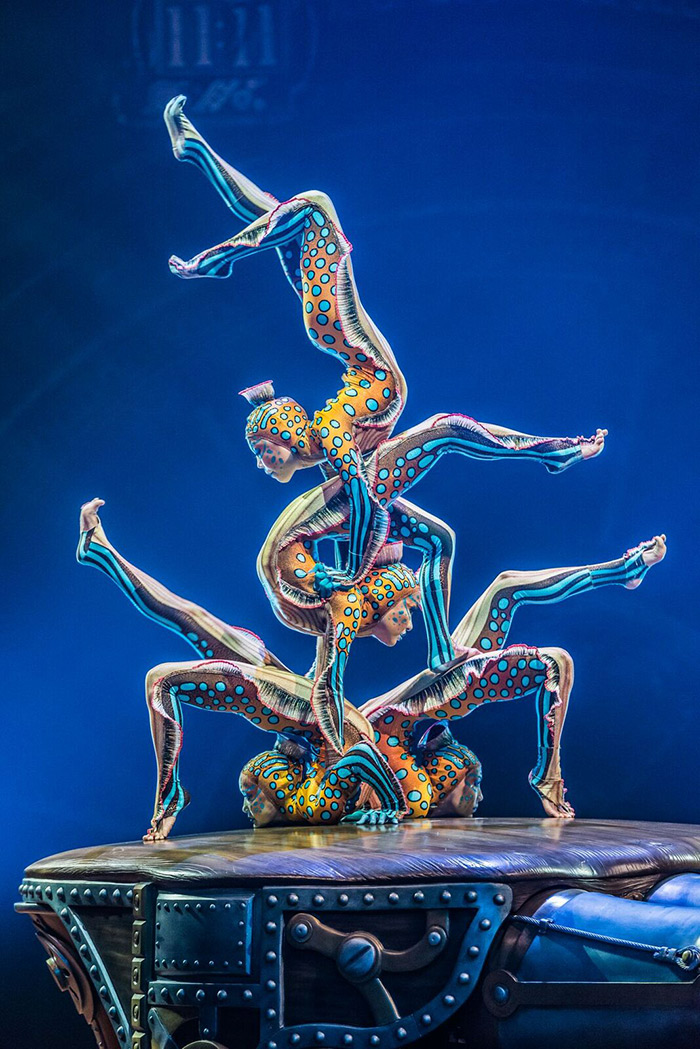 Cirque Du Soleil’s Kurios runs through Sunday, May 8th at Atlantic Station in Atlanta, Georgia! Be sure to pick up your tickets here! With the stage setup and raised seating, there isn’t a bad seat under the tent!