I’m in love with a fractured core. Even though ReCore is plagued by many bugs that include falling out of the world, becoming stuck in death loops, having the game completely freeze, and much more, I still find myself enjoying it after going past the 30-hour mark. I will admit that some of my fun comes from being able to break the game to pieces and discovering new “tricks” through glitches, but that’s not why I still play this game.

In its current state players will encounter plenty of bugs just by progressing through it normally, but my goodness there are so many more issues out there for those who go looking for them. One of the biggest problems I’ve come across is that I’ve been able to beat the game by glitching past the doors that require prismatic cores even though I didn’t have enough to enter. The flying bot is also a perfect tool for getting past doorways and entering new dungeons when cellbots are required. He’s the perfect glitch bot!

Obviously there are a ton of problems that need to be corrected with ReCore, and with so many issues that can be found just by casually playing the game straight forward it pretty much says that it was rushed out the door to make its release date. That’s pretty disappointing because more time could have led to a better polished open world with more intrigue rather than a fairly boring and dry landscape. 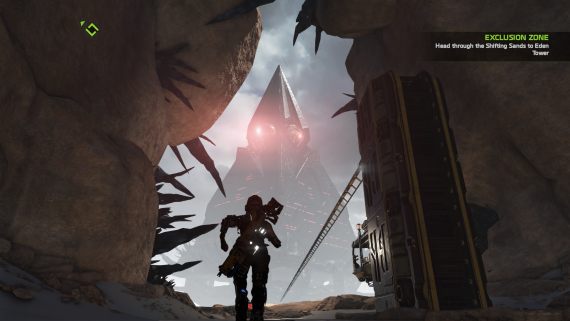 Even though I encounter all these bugs and slam ReCore’s lack of artistry in the open world, my love for the combat system and many of the dungeons are why I still play. I like to engage in battle and avoid enemy attacks while swapping between automatic and charged shots, as well as swapping weapon colors based on the enemy color. It’s also fun to use the companion Corebots at the right time to attack a target as well. This creates enough action and excitement for the player, especially when there’s also the ability to rip out enemy cores which can sometimes be a challenge itself.

And then there are a lot of great moments that can be found in the dungeons with designs that the player must navigate through with the help of their core-powered companions. Using Seth to navigate a set of tracks that slingshot the player around and then floating from location to location with the glitch bot is fantastic. And there is no better challenge than to attempt beating a dungeon within a specific amount of time while hitting additional secondary objectives as well.

There are also dungeons with waves of enemies that progressively get tougher and make the player realize that there really is some challenge to be found in the combat. This is when the game really shines at its best as the player must strategically take out the enemies that hit the hardest first and then move on to the others. Finding a good balance on how to attack can be difficult and sometimes results in the wave starting over again due to player death. 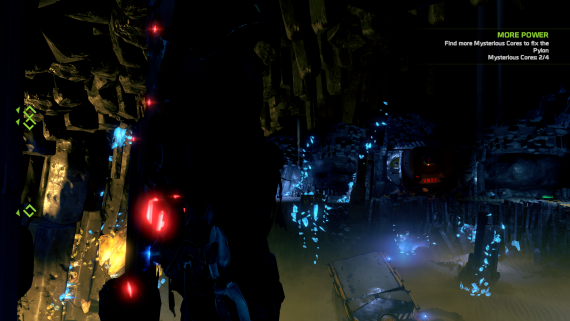 The final floor stages are some of the best moments in ReCore and, unfortunately, they are hidden behind doors that require Prismatic Cores. This means players must spend a lot of time in the often uninspired open world to be able to continue on and beat the game. Remember, I was able to beat the game by glitching past the doorways which may have affected my final opinion on the game, but even after beating it I still find myself obtaining the necessary cores anyway by exploring new areas and dungeons.

It is disappointing to think players have to wait to play those final stages of the game. I feel the better outcome would have been for everyone to experience the game like I did by being able to beat the game and then decide how much further they want to go on and explore. Also, I wish the traversal dungeons had online leaderboards! Just putting that out there.

Now unfortunately my view on ReCore is now influenced by being able to beat the game when I shouldn’t have been able to, as well as get into dungeons without performing the tedious tasks of finding nearby cellbots. I’ve been able to straight up play the game without hitting any of those blockers and have enjoyed every moment of it. 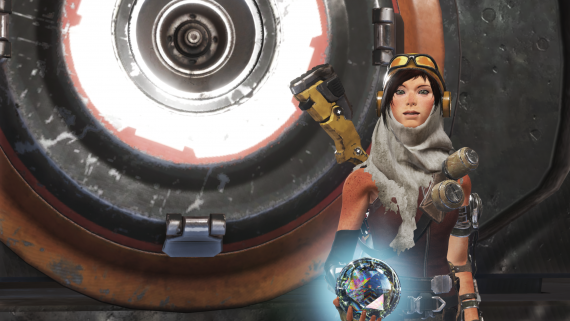 ReCore is currently not in a great state and has many issues, but I’m still able to have a lot of fun with its core gameplay. I’m close to hitting level 30 with Joule and her Corebot companions, so I’m excited to finish that up here soon. But my point here is that these issues will *hopefully* be cleaned up in the future and allow for a purer ReCore experience for gamers who are now hesitant on checking out the game based on the number of bugs and poor reviews.

Obviously the uninspired world and the tedious tasks are unlikely to change, but hopefully the vast number of bugs and the insanely long load times for Xbox One players will be fixed to improve the situation. Those who play on PC through Xbox Play Anywhere don’t have any load time issues.

My entire point of this follow-up article is to show that there’s still plenty of goodness to be found even with all of its issues. I’m beyond 30 hours in and still find plenty to enjoy. So, anyone who likes jumping around platforms, beating time trials, exploring new dungeons, and battling with unique combat mechanics will find a lot to appreciate here. The core gameplay is fantastic, it’s just the world around it that struggles to meet a quality standard.

Do keep an eye on ReCore if you feel you need to wait for the time being. Until then, check out some gameplay videos from areas that I feel make the game fun.