With my newfound appreciation for the series and its latest setting of World War 1, I wanted to further explore the game in even more ways than playing through the War Stories campaign again or spending a hundred more hours on multiplayer, so I decided to get my hands on the official art book for the game from Dark Horse Books, The Art of Battlefield 1. 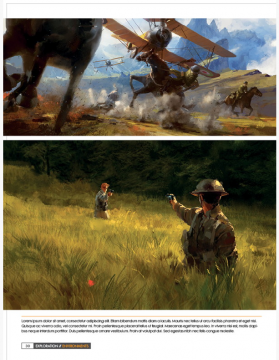 The Art of Battlefield 1 features 183 pages full of hundreds of art pieces surrounding the entire creation process of Battlefield 1. It’s really awesome going through the book and seeing some of the art that I’ve never seen before in the game as a lot of what’s in the book is mood or theme pieces created for inspiration during the creation process of the game. Some of the concept art seen in the book still made it into the game, while a lot of it didn’t.

The contents of the book takes viewers on a journey through the exploration of the game, to the theaters of battle, to the key art featured in the game. It’s really interesting to see the concepts and ideas featured in the book and hear how they needed to narrow it down to what would be the final pieces that would eventually make it into the game.

Almost every page in The Art of Battlefield 1 features a tidbit of information explaining the meaning behind each piece of art and I found it to all be very fascinating.

I appreciate beautiful imagery in many different forms as long as it speaks to me in some way or another. With each turn of the page I found myself loving the art and the information behind each image or images. Of course, there are also many great concepts, such as one with a downed aircraft bomber, that I loved seeing in the book, and it explains that DICE actually appreciated the concept as well, yet they couldn’t find a place for it in the actual game. Hello, DLC! Hello, more War Stories! Come on, guys!! 🙂

The Art of Battlefield 1 is a fantastic book to own for fans of the game. It’s pretty much an in-depth interview behind each piece of concept art which is simply awesome.

The Art of Battlefield 1 explains how the team at DICE traveled to different locations and museums to make sure they got an idea of what each situation may have looked like back during World War 1. It also shares how they needed to put their own touch on some of the uniforms and locations to make it work for a video game, especially since some of the uniforms between nations and classes looked similar, which didn’t work since they wanted to establish and distinct difference between each one.

It’s also neat to see a few of the thousands of photographs they took of models dressed up in WW1-themed outfits and learn a short bit about the shoot and how they then digitally added the Battlefield heat signature to the photographs. 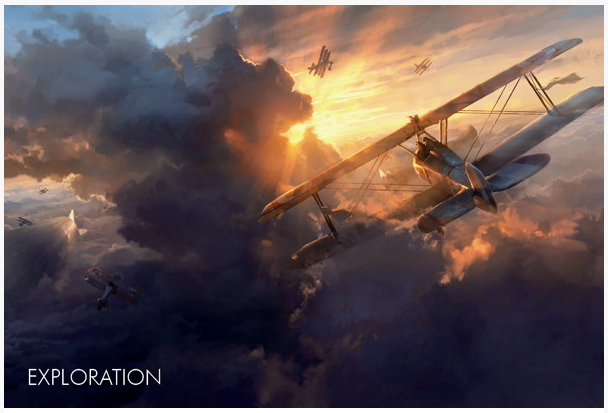 While I enjoyed going through the entire book, it was the concepts of battle and of many of the aircraft and other machinery that impressed me the most. Being a huge aviation fan I love seeing the concept art with the planes in the background as there are many great visions captured that also made it into the final game. But also, any concept art that features the zeppelin in the background is fantastic also.

I would really love to have a huge poster on my wall of some of the concept art featuring the aircraft and/or zeppelins. There are just so many great scenes created by the wonderful artists at DICE.

Overall I enjoyed going through The Art of Battlefield 1 and reading each bit of information. Hearing about the visual mood board with a number of different conceptual art that goes from the setting of the sky to the landscapes of each battlefield is all just very intriguing to me as a fan of the game. As I mentioned, The Art of Battlefield 1 is like an awesome interview about the art and creation of the game, and it’s well worth checking out. Plus, it also comes with a special Dark Horse Dog Tag to use in-game.