Logitech teamed up with DICE to release exclusive limited edition products based on the popular World War 1 shooter, Battlefield 1. The Logitech G810 Orion Spectrum keyboard, Logitech G Pro Gaming Mouse, and Logitech G633 Artemis Spectrum headset have all been given a Battlefield 1 design flare for PC gamers that want to go all out with their setup. 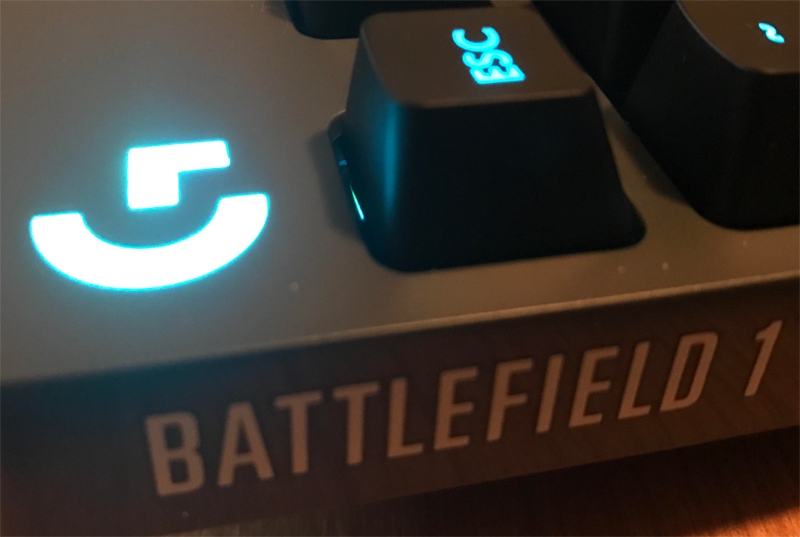 Each one of the Logitech G products are basically just a different color option than any actual design. The keyboard on the left end side does feature the Battlefield 1 font, but that’s the only place that exists. The mouse and headset don’t feature any Battlefield 1 identification outside of its grey and orange color theme that matches all three items. Although, I guess I could mention that on the bottom of the mouse it reads, “Pro Gaming Mouse Battlefield 1 Edition.”

I don’t mind that the products are mostly just a color theme rather than having a unique design that speaks to Battlefield 1 or World War 1. The grey and orange color theme on each product can only be had with the Battlefield 1 Edition, but I would have much more preferred that there was more of a design implementation involved as well. There’s plenty of room on the mouse to add a small design above the Logitech G. The face plates on the headsets could have also used a more recognizable logo, even though the design is uniquely different from the standard version of the headset.

Outside of that little bit of criticism, I’m otherwise happy with these products. They are, after all, of good quality. If someone is looking to pick up a solid keyboard, a booming headset, or reliable mouse, then why not go with the G810 Orion Spectrum keyboard, Pro Mouse, and G633 Artemis Spectrum. And if you’re a Battlefield 1 fan like me, why not grab the color theme that was created specifically for the game?

I’m quite happy with these products from Logitech and absolutely love using the Logitech software to customize the lighting on each device. There’s also a sync option that will sync all three devices to have the same color of lights. But if you want to separately set each device, that’s super easy as well.

Normally I hate additional software for controlling lighting options. However, Logitech’s software is easy to use and has yet to annoy me like other software I’ve experienced from other companies. It’s easy to navigate through all the options, including presets for features like breathing, wave, and key press.

To go one step further with the lighting on the keyboard, Logitech actually created lighting effects specifically for Battlefield 1. The colors and effects on the keyboard will change depending on menus and the happenings during a game. All the keys on the keyboard will turn green if players run into gas. And if players get too close to fire or are hit by an enemy, the keyboard will flash red. This is all pretty neat, but it’s highly likely to go unnoticed when players are in the middle of a fight. I honestly didn’t even recognize the feature until being made aware of it because I am so focused on my monitor. It’s a neat thing to think about and watch in a trailer though! Check out how it works in the trailer below.

I also want to provide a quick rundown of each product as well. The Battlefield 1 Edition is available for some of Logitech’s most popular PC products. I’ve really enjoyed my time using the G810 Orion Spectrum keyboard, Pro Gaming Mouse, and G633 Artemis Spectrum headset.

The Logitech G810 Orion Spectrum keyboard is incredibly solid and heavy, and it’s probably my favorite product out of the three. I really appreciate its smooth touch on the material that rests on the outside of the keys. It features mechanical keys that are nice and responsive and not too noisy. However, I will note that it has an unnecessarily large volume control slider on the top right of the keyboard. It could easily be half the size as it just looks out of place. It could be that the orange color of the scroll makes it look more out of place compared to the black scroll on the original black keyboard. Besides that the rest of the keyboard is pretty great, and I definitely like the rest of the media control buttons on the top right of the keyboard. More information on the G810 Orion Spectrum can be found here. 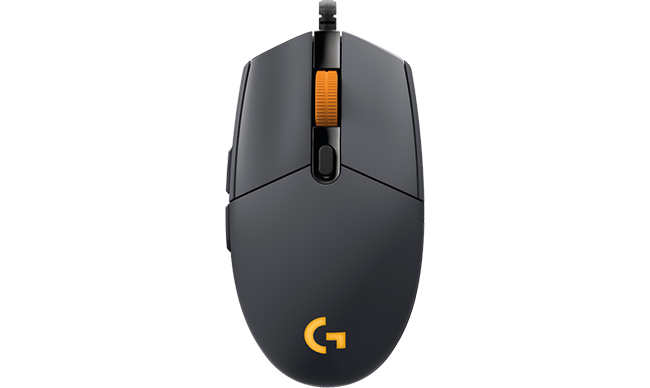 It’s also been easy to use the Logitech G Pro Mouse. It’s light, nice to touch and not very slippery, and allows for precision on the battlefield. It features two buttons on the left side of the mouse that can be customized for easy grenade tosses or reloading, or whatever else you may want. More information on the mouse can be found here. 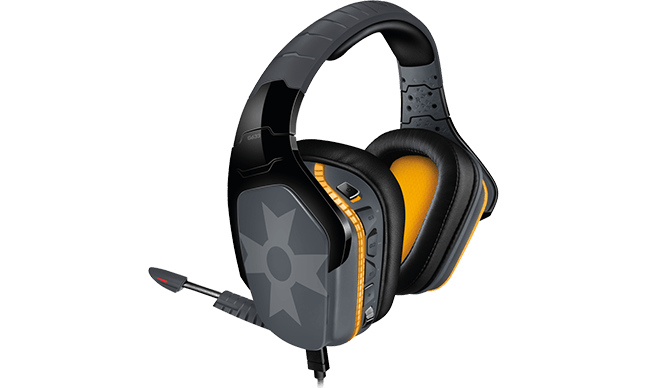 Lastly, the Logitech G633 Artemis Spectrum headset. It features good booming sound, although some of the mids and highs aren’t of top quality. This is mostly noticeable when listening to music. However, it does allow for 7.1 surround sound to give gamers an edge on the direction the enemies are coming from while engaged in a game.

The G633 Artemis Spectrum also features a control panel on the back side of the left ear cup. It consists of multiple buttons for controlling mute, colors, and sound range. It also has a slider for easy volume control as well. Additionally, the left cup contains a foldable mic that can disappear into the headset when not in use. I’ve been told by friends that the voice chat sounds nice and clear on their end. I do need to mention that the fit is a little bit tight though. Not uncomfortably so, but not ideal either. The headsets definitely won’t be slipping off! Read more about the headset here.

I’ve certainly appreciated my time on the battlefield with each one of these products. The performance I get from each one has been very good and I haven’t found myself complaining about any aspect outside of the tightness of the headset. Besides that, these Logitech products are great choices for everyday PC gaming. Most importantly they do their job for the gamer, but I still feel they could have represented Battlefield 1 a little bit more.